Suspect accused of shooting at officers in Genesee Co. in custody

The Genesee County Sheriff's Office says a Leroy man related to the incident in the Town of Stafford is in custody. 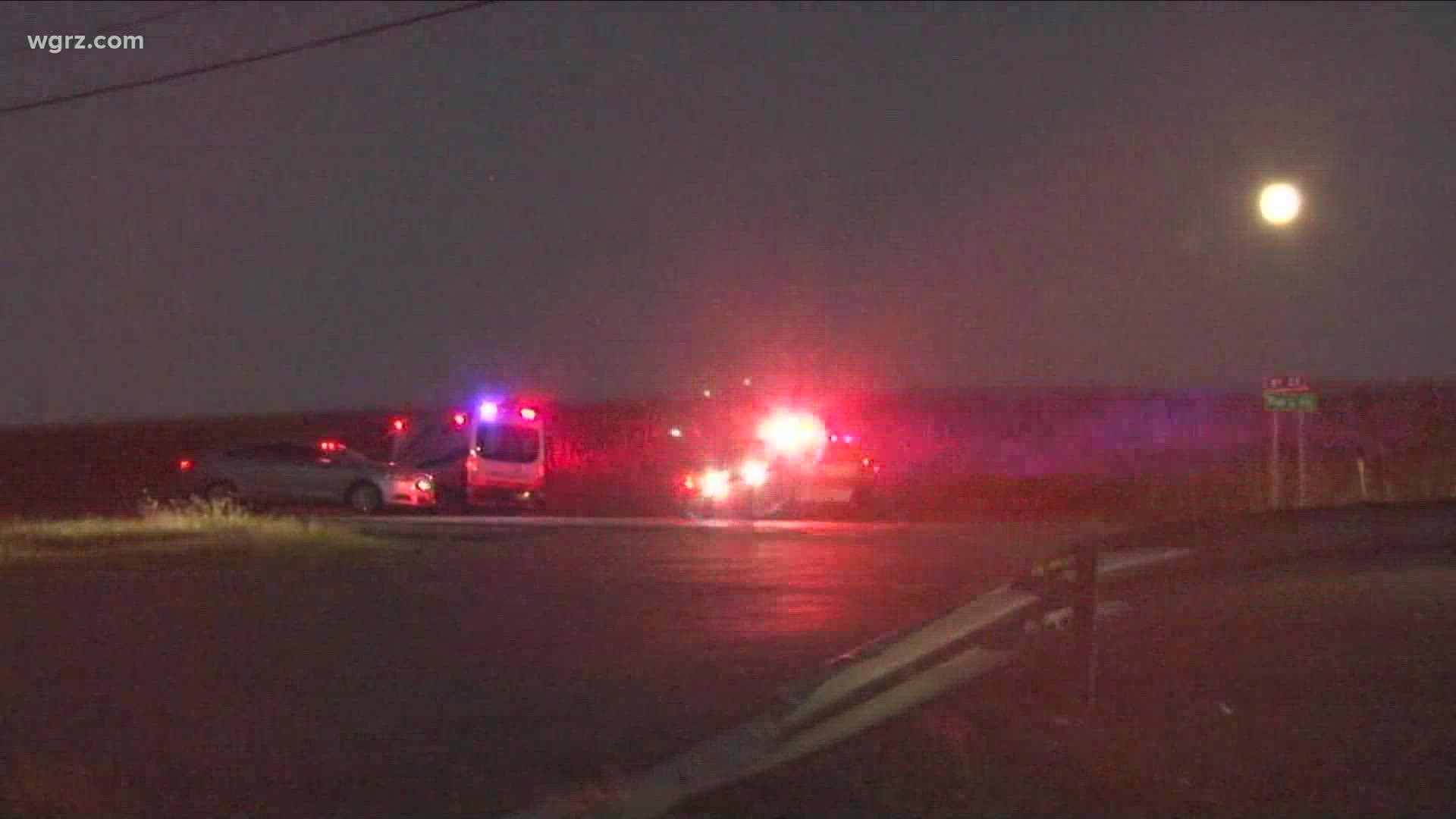 BATAVIA, N.Y. — A portion of route 33, just east of Batavia was closed late Sunday as a group of law enforcement agencies searched for a suspect who they say shot at police.

The incident began during a traffic stop around 6:15 p.m. Sunday near Mill Road. The Genesee County Sheriff's office says a patrol initiated a traffic stop after seeing a vehicle driving in an erratic manner. After the vehicle was pulled over, the driver took off across the 33 into farmland.

As the deputy gave chase, he saw the man, now identified as 44-year-old Arthur Brown, allegedly pull a handgun from his waist band. The deputy lost sight of him in a small wooded area and when returning to the vehicle in question, heard what sounded like gunshots in the area he had lost the subject.

Several agencies responded to assist in the search. The investigation determined the gunshot sounds had been from a wildlife scare cannon which is a sound emitting device fueled by propane used to deter birds and other wildlife from damaging crops.

Brown was taken into custody just before 11:30 PM. A handgun was recovered following a search of the area where he had run. Route 33 reopened just after 1 A.M. Monday between Prole Road, west of the Thruway, and Caswell Road.

The passenger in the car,  29-year-old Breanna Smith of Rochester, was also taken into custody. She has an active violation of probation warrant from the state of Florida and in addition was charged with criminal possession of a controlled substance.

Smith was charged with the following:

He's being held without bail pending his next scheduled court appearance on October 5.

No one was injured during the incident.