They say Collins should be seriously punished for using inside information to help family members avoid stock losses and then lying to the FBI about it. 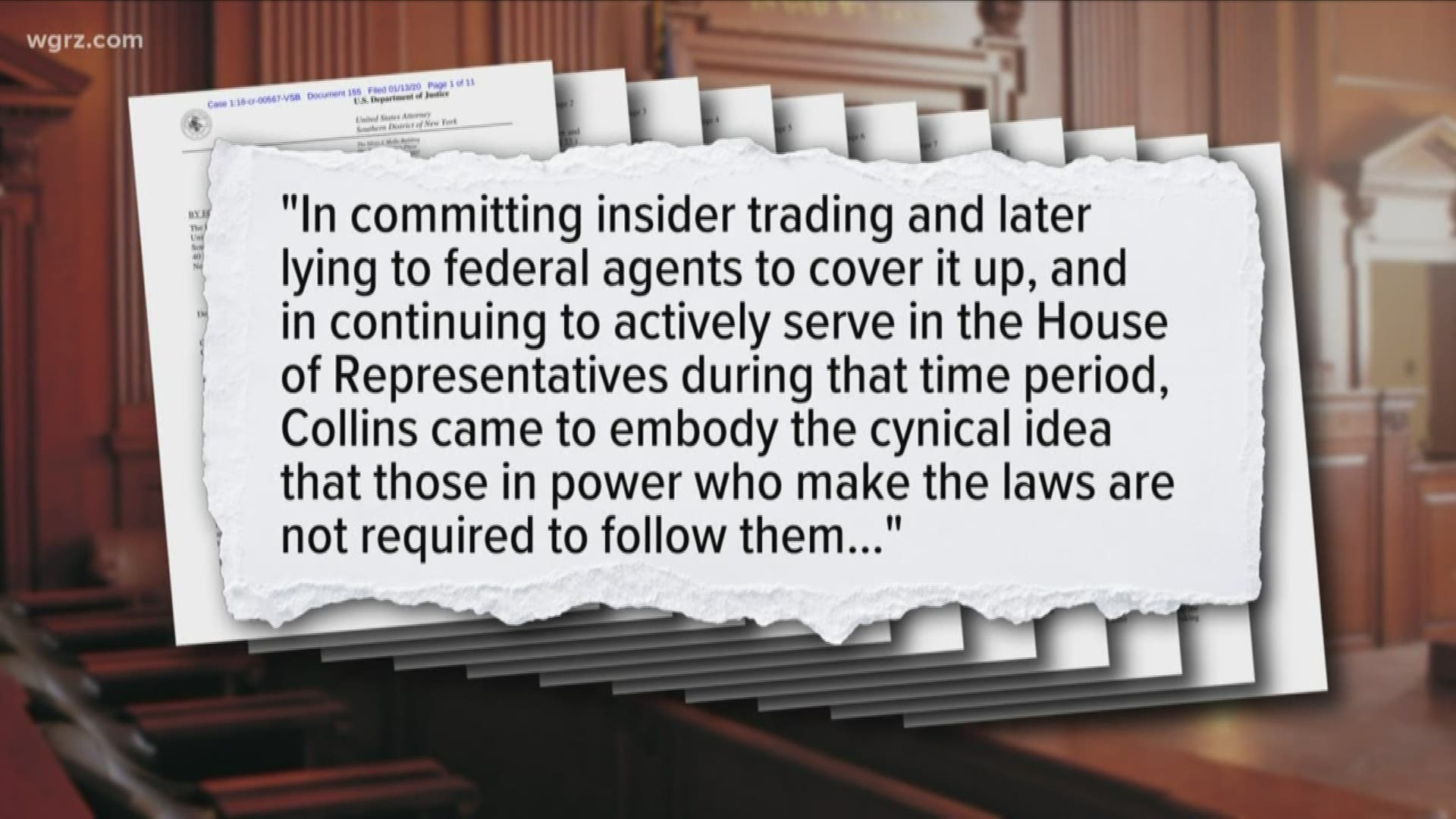 In a court filing Monday, Prosecutors say Collins should be seriously punished for using inside information to help family members, including his son Cameron, avoid stock losses and then lying to the FBI about it.

They're recommending a sentence at the top end of the federal sentencing guidelines, which range from 46 to 57 months in prison.

"Collins initially stated in his FBI interview that he had not told anyone about the results of the failed trial after receiving them," wrote US Attorney Geoffrey Berman. "That was a lie. Then he amended his account to say that he had told his wife about the trial results but not Cameron. That was also a lie."

The prosecutors also note the brazenness of Collins' crimes.

"The cynicism of Collins’ conduct - his decision to repeatedly violate federal law while continuing to accept the trust of the public to draft it - is exacerbated by its total gratuitousness," Berman wrote. "Collins committed a financial crime without having any financial need."

U.S. District Court Judge Vernon Broderick is set to sentence Collins Friday afternoon. He has received letters in support of and against the ex-congressman.

Collins' son Cameron and Cameron's future father-in-law, Stephen Zarsky are scheduled to be sentenced next week.