NYS AG Letitia James has filed a lawsuit against the Erie County Sheriff and Erie County for failing to address sexual misconduct in the correctional facilities. 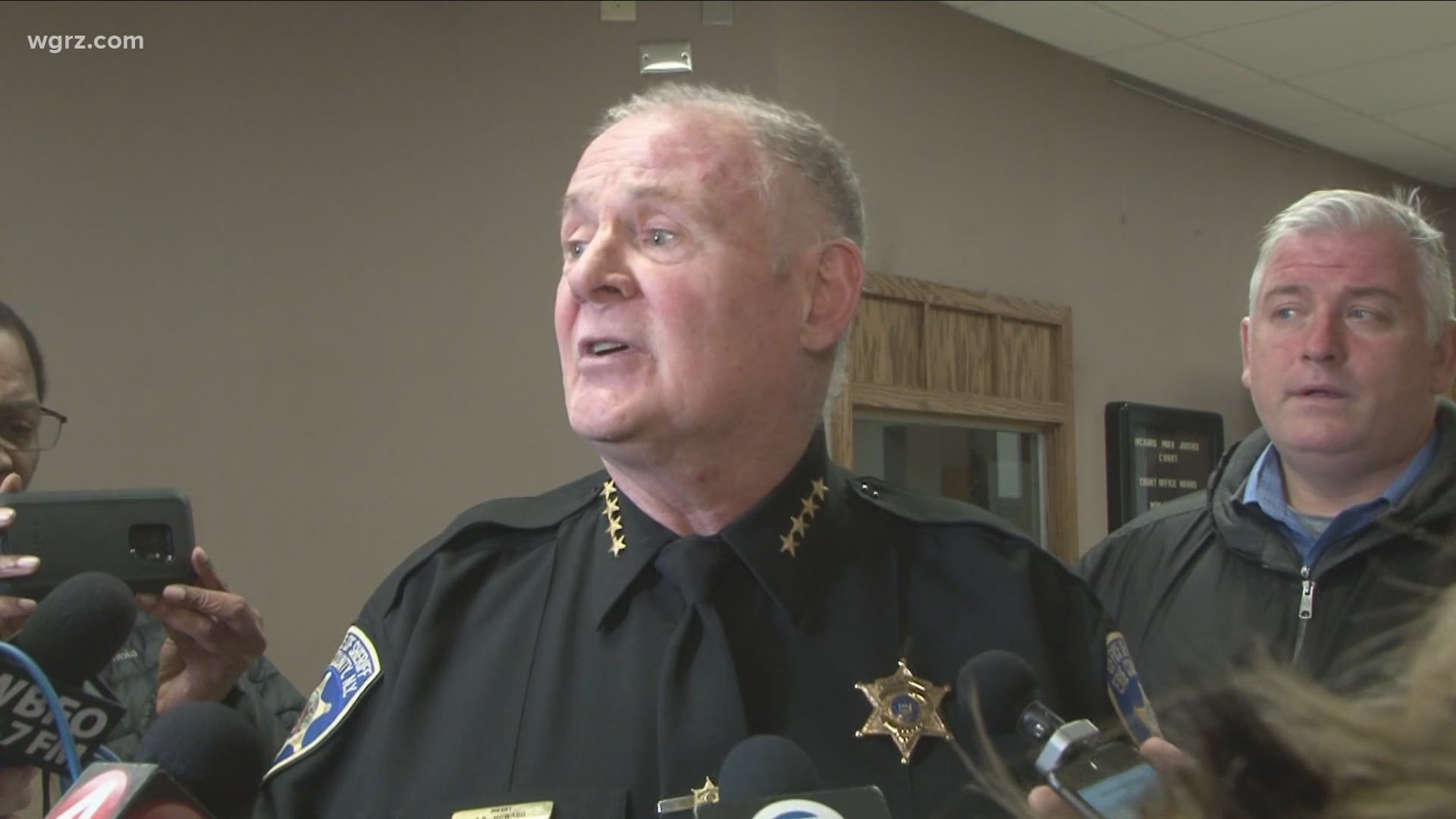 According to the suit, that state alleges the county and Sheriff Timothy Howard failed to follow mandated procedures to address numerous allegations of sexual misconduct between corrections officers and inmates at the Erie County Holding Center and Erie County Correctional Facility.

“Law enforcement agencies across the state have the responsibility to look after the wellbeing of all residents, including incarcerated individuals. For years, the Erie County Sheriff’s Office turned a blind eye to rampant sexual misconduct allegations at its correctional facilities,” James said.

“By refusing to appropriately investigate and report the allegations, the Sheriff’s Office permitted those under their care to be taken advantage of by the very individuals who hold power over them every single day. It is inexcusable that these issues went unaddressed for so long, and it is my hope that our action today will encourage transparency, accountability, and diligence moving forward.”

According to a release put out by the Attorney General's office, they highlight an instance where they say the sheriff’s office received complaints regarding the misconduct of five corrections officers on March 15, 2018. Officers Keith Roberts, Ronald Dolyk, John Valenti, Randy Chavanne, and Matthew Reardon allegedly had sexual relations with incarcerated women while on duty, brought contraband into the facility, and associated with and had contact with formerly incarcerated women after their release from jail. However, according to their report, the sheriff's office did not report these matters to the SCOC until December 10, 2020, more than 1,000 days after the allegations were made.

“The Erie County Sheriff’s Office has an abysmal track record of complying with the requirement to notify the commission of incidents that jeopardize the safety and wellbeing of individuals in custody, facility staff and the community,” said Commission of Correction Chairman Allen Riley.

“This latest failure to report and properly investigate allegations of crimes committed within the Erie County Holding Center and Correctional Facility is particularly egregious: There can be no consent when someone is incarcerated. I thank Attorney General James for her office’s work with commission staff to hold the sheriff’s office accountable for ignoring its obligations and to institute policies that aim to prevent this flagrant behavior from occurring in the future.”

Sheriff Howard was questioned earlier this month by some Democratic Erie County legislators about the handling of misconduct cases involving deputies. Howard defended his office policies and his actions in the investigations of deputies' alleged misconduct.

2 On Your Side's Claudine Ewing has reached out the sheriff's office for a response to the lawsuit.  A spokesperson for the department forwarded this statement:

"The Sheriff’s Office has not been notified of any proceedings. Therefore, the office cannot comment about the pending suit."