A Niagara County woman was sentenced to 25 years in prison in connection with the death of three-month-old Alaya Foster. 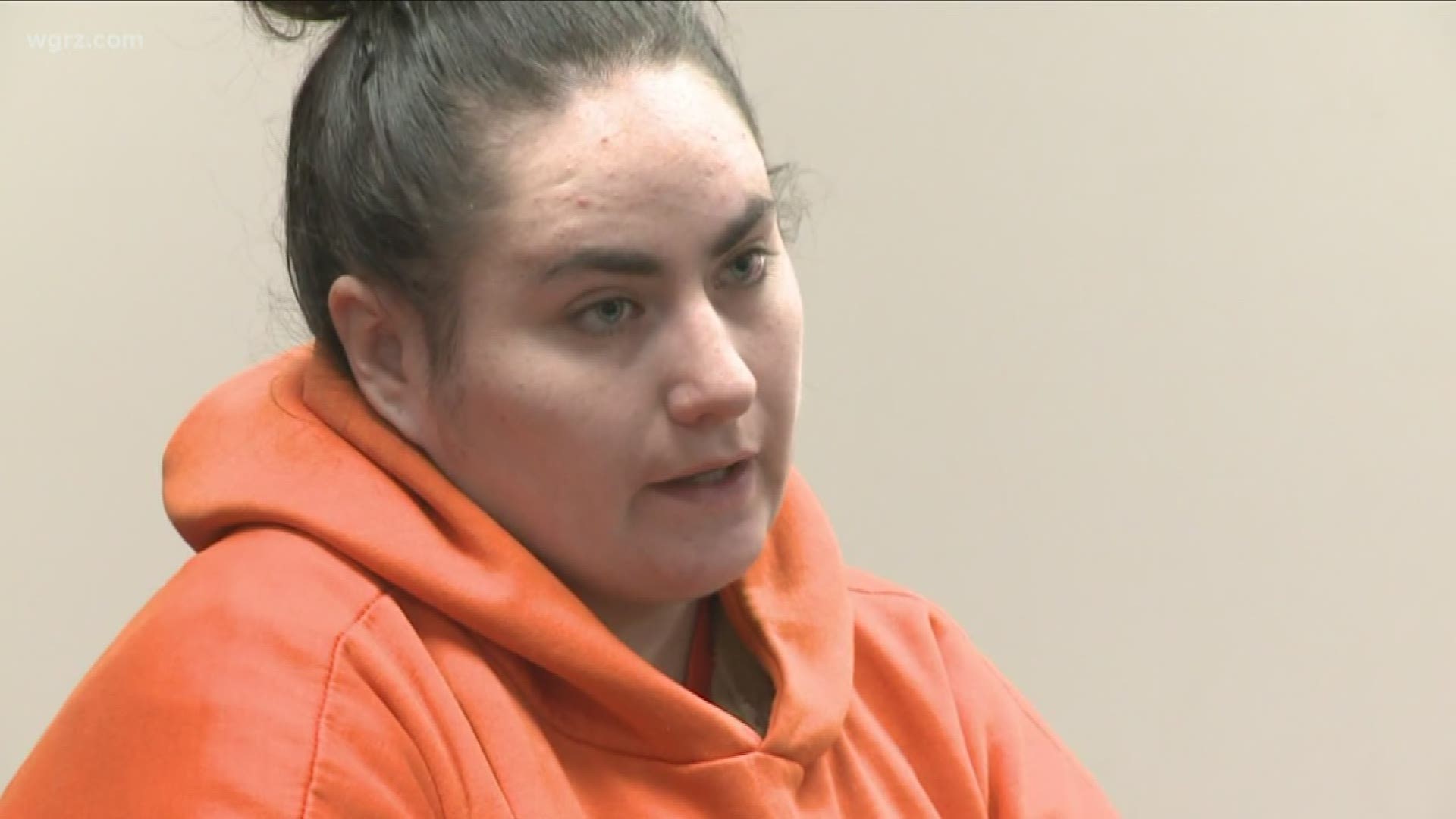 BUFFALO, N.Y. — A Niagara County woman was sentenced to 25 years in prison in connection with the death of three-month-old Alaya Foster.

In October, Samantha Klein of Niagara Falls admitted to being involved in the baby's death. The incident occurred at a home on North Avenue in February.

She was sentenced Tuesday to 25 years in prison, the maximum under her plea deal.

"I just want to apologize the everybody who is affected due to the loss of Alaya," Klein told the court, "I know I should've gotten help sooner and I'm sorry."

But investigators have not said exactly what Klein did.

Prosecutors did reference a disturbing video.

"The child was being held by some of the children that were in the home after school and in that video Alaya is limp, lifeless," said Holly Sloma, a prosecutor with the Niagara County District Attorney's Office.

Those other children, the DA's office says were also being watched by Klein.

Instead of calling for help, prosecutors say Klein searched the internet for symptoms of seizures and symptoms of a child being lifeless.

"I didn't know that the injuries were that bad I honestly didn't know," Klein said.

The judge did give the maximum in this case, 25 years in prison.

Plus five years supervision after her release.

Klein was also convicted in separate cases of attempted robbery and selling drugs.

Those sentences will run at the same time as her sentence for manslaughter.