The people who have been treating Two Socks say the good thing is she's young, resilient, and is already starting to bounce back. 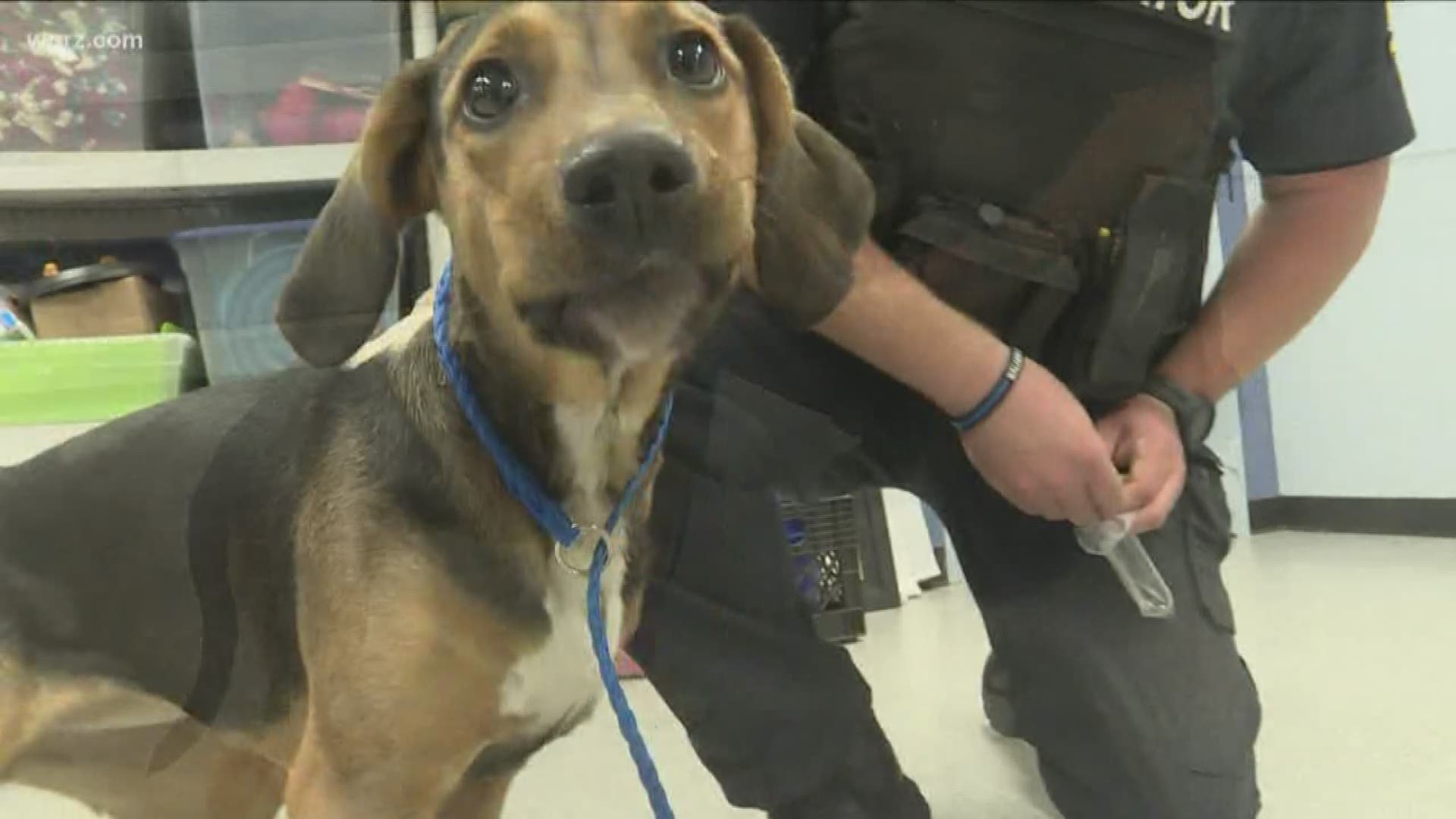 NIAGARA FALLS, N.Y. — By the hop in her step and perk in her ears, you would never guess that a 1-year-old mixed hound named Two Socks is recovering from a serious injury.

"She had about a six-inch buck knife stab straight down, vertical between her neck and her shoulder," said Dr. Chris Brown, a staff veterinarian at the Niagara County SPCA.

"Officer [Dave] Bower had stated that she had said to him, 'I hate this dog,' " said Ryan Scott, a cruelty investigator.

Scott added: "The owner loved the dog, obviously. It's no reason to stab this animal. Don't take it out on the animal. They're helpless and defenseless. They just look for love."

Now Two Socks is being treated at the Niagara County SPCA.

The people who've been treating Two Socks say the good thing is she's young, resilient, and is already starting to bounce back.

Two Socks is expected to make a full recovery, then return home.

As for Leighton, she's now facing a felony charge of aggravated animal cruelty.

Niagara Falls Animal Control Officer Dave Bower told 2 On Your Side a restraining order was put on the suspect to protect Two Socks and her owner.

RELATED: That Coot Can Scoot