Troopers in Troop G, the Capitol region, will be the first to use the cameras, before being deployed to the rest of the troops by the end of the year. 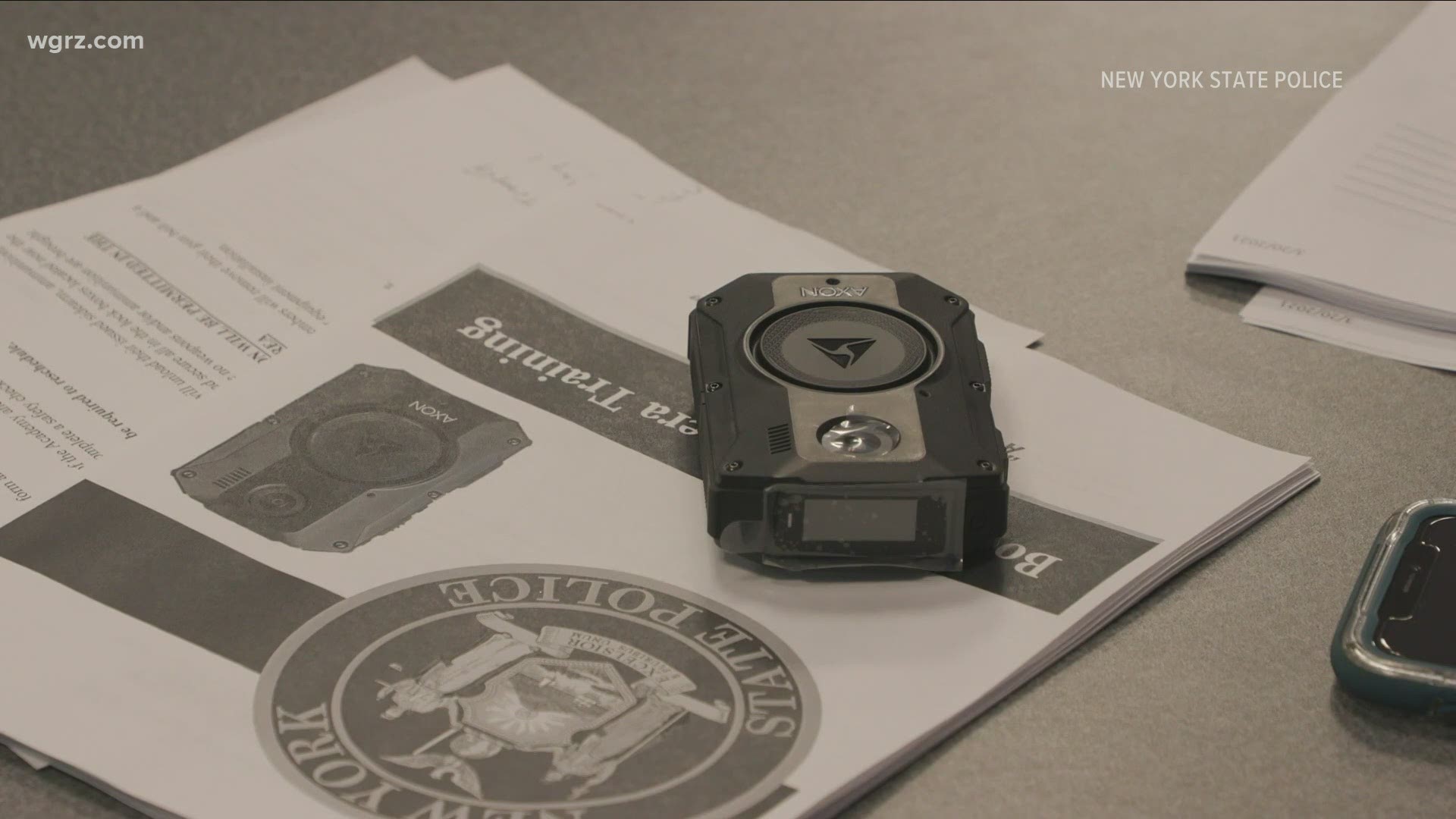 BUFFALO, N.Y. — Troopers in the New York State Police will soon be wearing body-worn cameras as part of a new program.

Governor Andrew Cuomo announced Monday that troopers in Troop G, which covers the Capitol region, will be the first to use the cameras, before being deployed to the rest of the troops by the end of the year.

Under the law signed last year by the governor, "state troopers are required to record video immediately before an officer exits a patrol vehicle to interact with a person or situation; for all uses of force, arrests and summonses; all interactions with individuals suspected of criminal activity; all searches of persons and property; any call to a crime in progress; any investigative actions involving interactions with members of the public; any interaction with an emotionally disturbed person; and any instances where an officer feels any imminent danger or the need to document their time on duty. The cameras will automatically start recording whenever a patrol vehicle's emergency lighting is activated, and anytime a member unholsters his or her firearm or taser."

NYSP starting to get body cams. Troop G (Capitol region) is 1st, followed by Troop NYC, with Troops K, L, F, C, E, A (WNY) D and B to follow throughout summer & fall. Troop T (Thruway) will get theirs at same time as Troop in which they are geographically located. @WGRZ pic.twitter.com/Q559aQ4rgy

"At this highly critical time for the relationship between police and the communities they serve across the state, I am proud that we are implementing this program as police agencies statewide do the important work of reimagining their work and repairing trust in the criminal justice system," Governor Cuomo said. "This step is part of a progressive package of reforms that will increase transparency in policing and accountability among all law enforcement agencies statewide, and we look forward to continuing this important work in the future."

The body cams will be worn by uniformed members at the rank of Trooper while on patrol.

Training and cameras will be expanded to other NYSP members on a rolling basis, and will depend on the completion of technology upgrades at each of the 250 barracks statewide.

State Police Acting Superintendent Kevin P. Bruen said, "Body-worn cameras are an important tool that will not only reinforce public confidence in the great work our Troopers do each and every day, but will also serve as a critically important investigative tool. The use of this technology will provide real benefits to the communities we serve."

The New York State Police will be supplied with a total of 3,000 cameras from Axon, which will also provide secure cloud video storage, software, and technical support. The cost will be $7.6 million per year.