The U.S. Attorney for the Western District of New York is investigating Wednesday's riot in Washington, D.C. 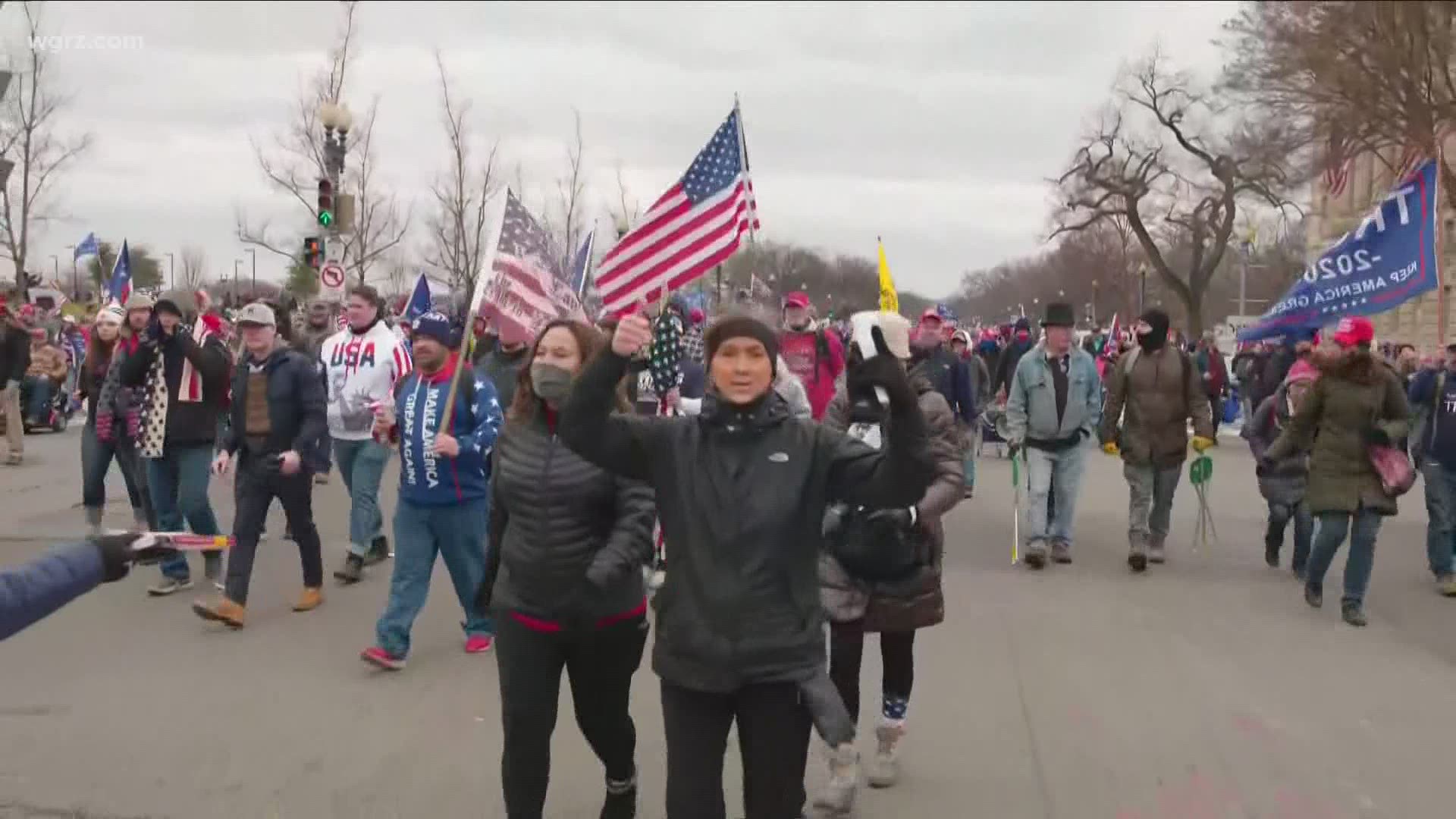 BUFFALO, N.Y. — There are several investigations going on right now as prosecutors across the country are searching for people involved in Wednesday's riot. They could face a number of charges with hefty sentences if convicted.

This is a nationwide search for anyone who may have committed crimes on Wednesday, and especially when the court system is already strained because of COVID-19, it's a heavy lift.

"The problem is, in the end, they're probably going to have too many people to prosecute," says Anthony Bruce, former Assistant U.S. Attorney.

Anthony Bruce is a former Assistant U.S. Attorney for the Western District of New York. He has decades of experience prosecuting criminals.

Bruce says that if investigators want to go all out with this case, they had overwhelm the judicial system in Washington, D.C., so they will end up farming out the cases, and they can legally do that.

"The federal venue statues allow prosecutions of crimes that start in one district and end up in another. So, if someone boarded a bus in Buffalo, New York, with the intent to go to Washington and participate in a riot, they certainly can be prosecuted in the Western District of New York. The bus went through Pennsylvania. They in theory could be prosecuted in Pennsylvania. Same thing with Maryland. If any part of the crime falls within a judicial district, they are potentially looking at being charged in that district," Bruce said. 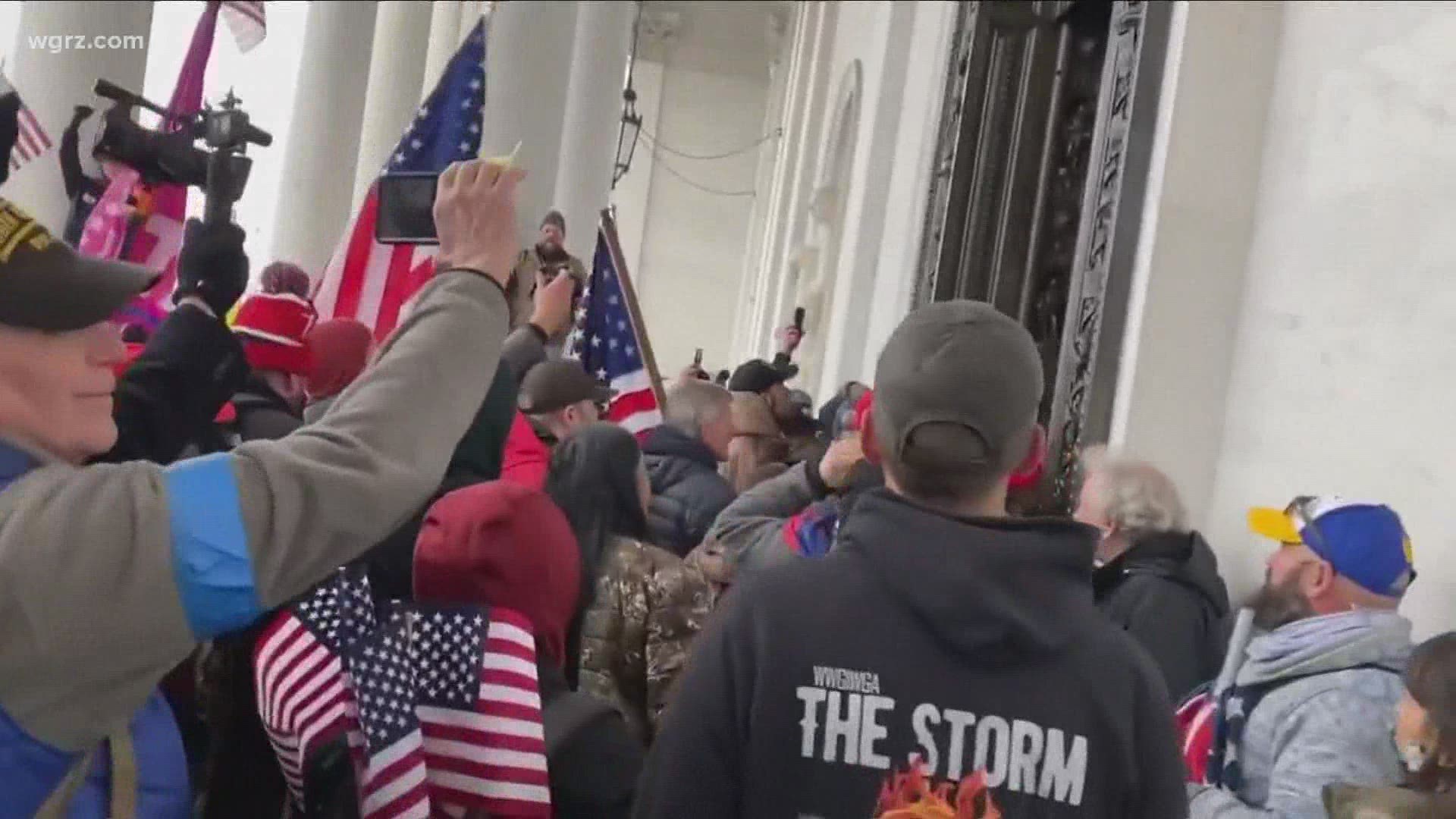 Pete Harding is one of the Western New Yorkers who was in Washington on Wednesday. Videos of him at the riot have circulated online, and he admits he was there.

He says he understands law enforcement has a job to do.

2 On Your Side asked him if he's concerned that, based on his actions, he could end up facing charges.

"Absolutely, there is no question about it. What will happen, though, the video will bear out, you know, how I acted there and how I behaved, and how other patriots behaved as well," Harding said.

We asked if the man in the other video circulating online setting the fire was Harding, and this was his response.

"The video was doctored. It was absolutely doctored. At no point was anything on fire. There is nothing that was on fire, so they definitely doctored the one image," Harding said.

But despite a denial of wrongdoing, Harding told us that he's only seen a still image and not the video in question.

"I did contact the FBI today, I contacted the local branch here in Buffalo, to speak to them. I left a message. They haven't returned the phone call back to me yet. I have nothing to hide," Harding said.

By now, we've all seen the videos online: people live streaming the riot and taking selfies. There are thousands of social media posts for prosecutors to go through.

"They can use those pictures to identify those people through drivers license, through facial recognition, through putting the pictures out and people giving them tips," Bruce said. "Federal law enforcement knows a heck of a lot more about your computer and my computer than I do, and trust me, they can, if there was information on a computer that ties someone to this offense, law enforcement will find it." 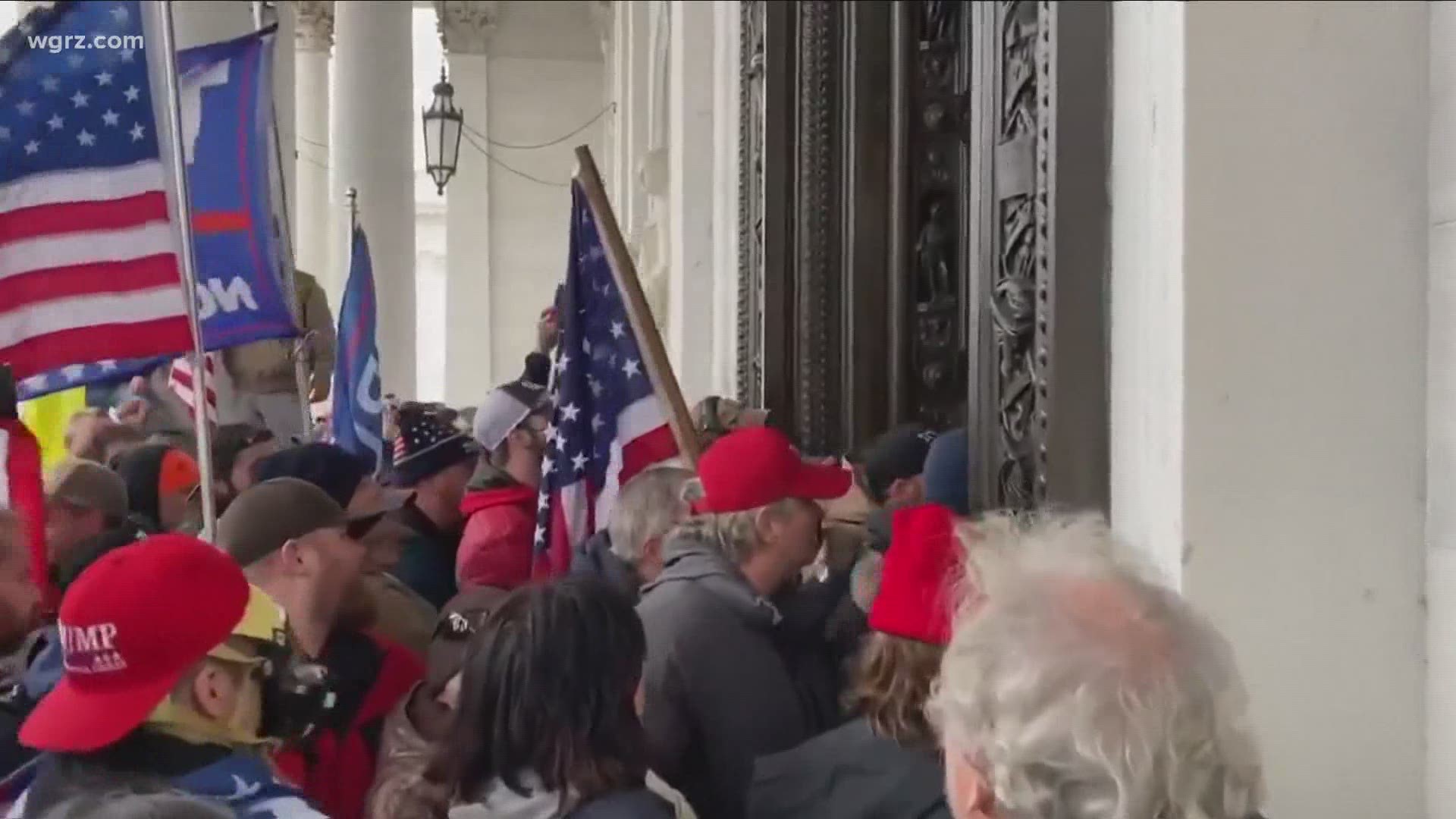 Bruce says they can also get the bus passenger lists from bus companies to find out who went to Washington.

"Probably every person who is a person of interest will be tracked down in this case, so they can erase their social media all they want, it's really not going to do them a whole lot of good in the end," says Bruce.

COVID-19 is also complicating the logistics of the investigation.

"They want these cases brought locally because the Marshal Service, once they're caught, they don't want to be transporting any people to D.C. I think a lot of logistical decisions have been made here to get these cases out to the various districts as much as possible," Bruce said.

If someone is charged with trespassing, though, Bruce says that would have to be prosecuted out of Washington, D.C., but federal crimes are a different story.

"There's a federal statute that makes it unlawful to travel in interstate commerce for the purpose of, with the intent to participate in a riot, and obviously if you do it with another person, or a bunch of other people, you're also looking at being charged with conspiracy for violating that same statute," he says.

Bruce says those two federal charges carry sentences of up to five years behind bars if a person is convicted.