Missing: a veteran's grave stone, taken from an Arcade cemetery

A veteran's sister says she and her family are shocked, and they are offering a reward for information. 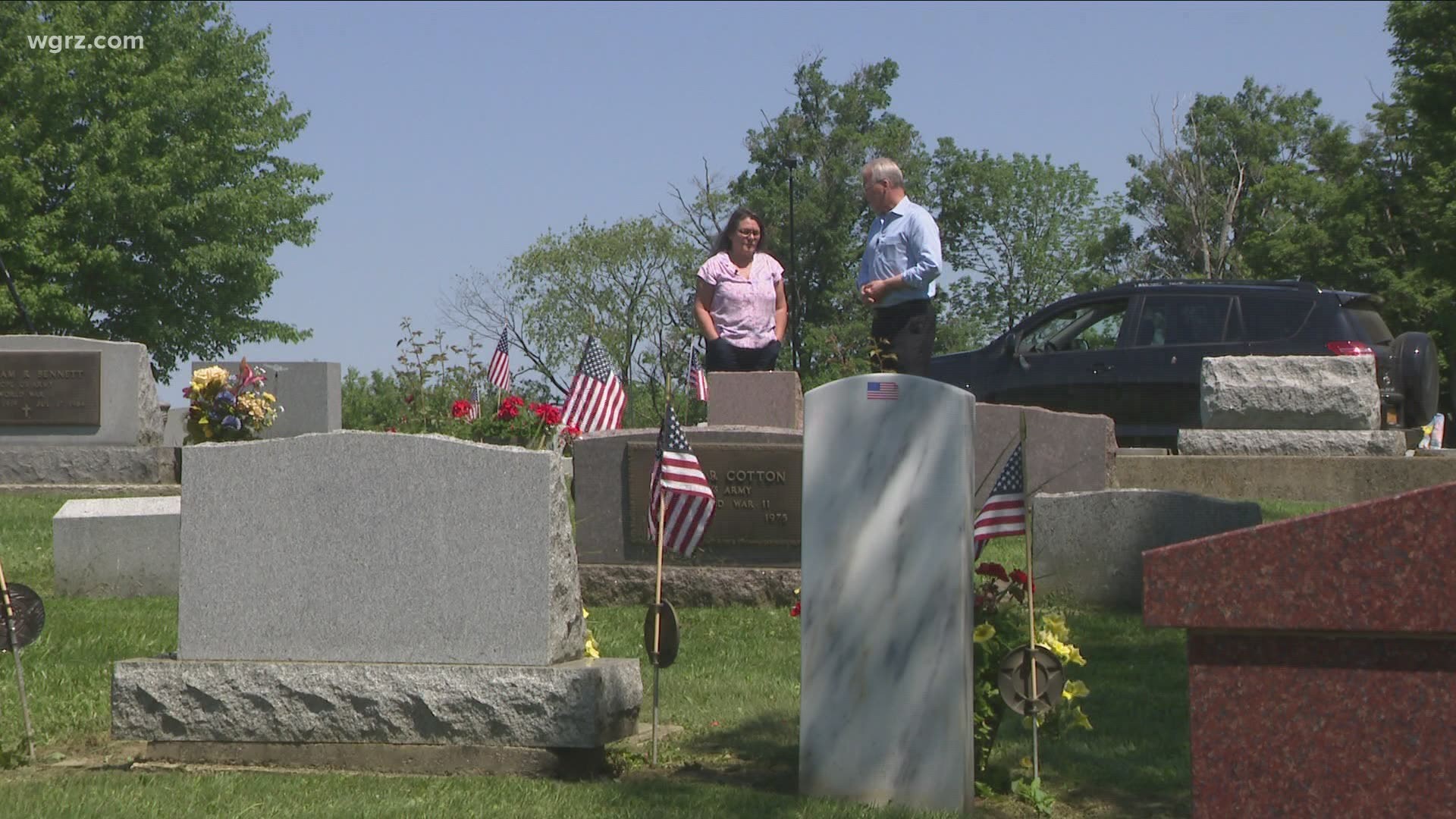 BUFFALO, N.Y. — Unless the snow gets too high, Mary Farrington makes weekly trips to the Arcade Rural Cemetery to visit her deceased family members.

“I come every week and weed the flowers, make sure everything’s watered and cleaned off,” Farrington said during a visit to the cemetery on Thursday.

The four side-by-side graves are for her mother, two brothers, and a brother-in-law. But when Farrington arrived on Memorial Day, the stone marker for her brother, Alan Bennett, was nowhere to be found.

“I just stood here, and I could not believe his stone is gone. Somebody picked it up and removed a head stone,” Farrington said.

In addition, the grave stone of Farrington’s mother, Mary Bennett, was moved into the spot vacated by the missing marker for Alan.

Farrington called Arcade Police and then family members to let them know the shocking news.

For the family, it is another sad chapter in the story of Alan Bennett. As a young man in his 20s, he served as an infantryman in the U.S. Army during the Vietnam War.

Farrington says her brother came back from the war a different person.

“I think it really messed him up. I think he probably had seen a lot of things that thankfully we all don’t see, and I think it did a number on him,” Farrington said.

Farrington describes Bennett as becoming almost anti-social in his desire to be alone. He has a successful career as a welder and was able to retire at 55, but just a few years later his health declined. Bennett spent most of the last decade of his life battling lung cancer and emphysema.

Two years ago, Bennett took his own life.

“He said he was never going to allow himself to go into a nursing home, and I guess he made sure of that,” Farrington said.

Now the theft of Alan’s grave stone has revived memories of his at-times difficult life. It has left Farrington with awful questions.

“Who would stoop low enough to take a headstone? I mean even if someone obviously hated him so bad to remove his stone, he's dead. So, what more could they want?" Farrington said.

Farrington is offering a reward for information leading to the conviction of whoever is responsible for stealing the grave marker. People with information at asked to call the Arcade Police at 585-492-3111.