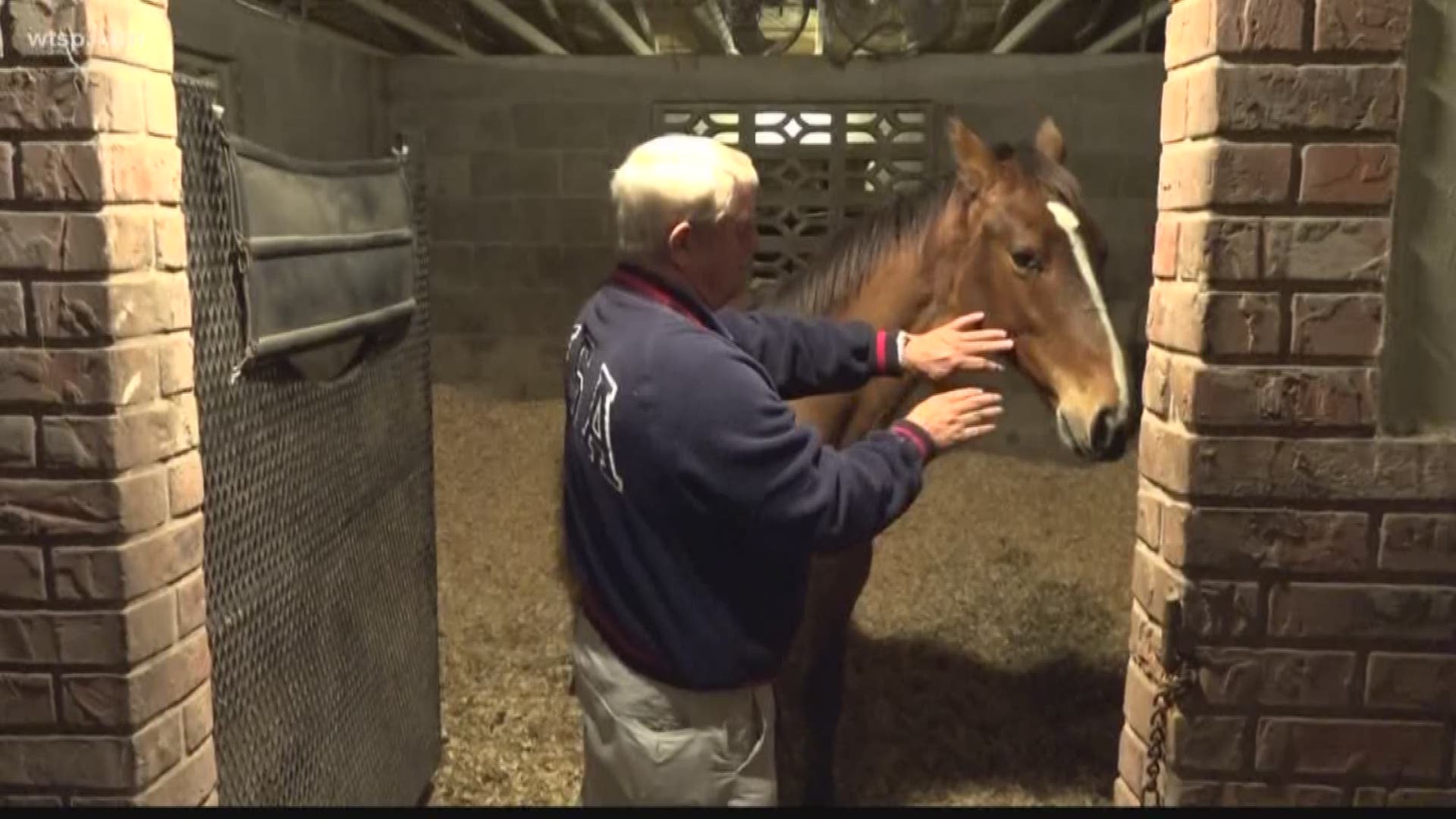 PALMETTO, Fla — The Manatee County Sheriff's Office has released video of a "person of interest" seen walking up to stables where a horse was stolen and later slaughtered.

Deputies say the crime happened sometime between 5 p.m. on Dec. 1 and 8 a.m. on Dec. 2. Investigators have said somebody broke through a locked gate on the owner's property and took the horse. The owner later found the animal in a nearby field.

The sheriff's office said the horse had been slaughtered for its meat.

"We really don’t know in terms of where the meat ends up. There is some type of demand for it. There is a market for it," Randy Warren, with the Manatee County Sheriff’s Office, previously explained.

Warren said the horse was specifically targeted because it was a thoroughbred valued at $20,000. Other horses in the field were not harmed.

Manatee County investigated a similar incident in 2015. Investigators never made an arrest.

RELATED: Florida woman finds horse dead, says it looks like he was cut with knife

Earlier this year, U.S. Rep. Vern Buchanan (R-FL) reintroduced the SAFE Act with Rep. Jan Schakowsky (D-IL) to permanently ban the slaughter of horses for human consumption. The legislation has more than 200 co-sponsors and is awaiting action in the House Agriculture Committee.