Man arrested for trying to smuggle over 3,000 lbs. of suspected marijuana into the US

Thousands of vacuum sealed bags of the drug were found concealed in cardboard boxes hidden among a load of peat moss. 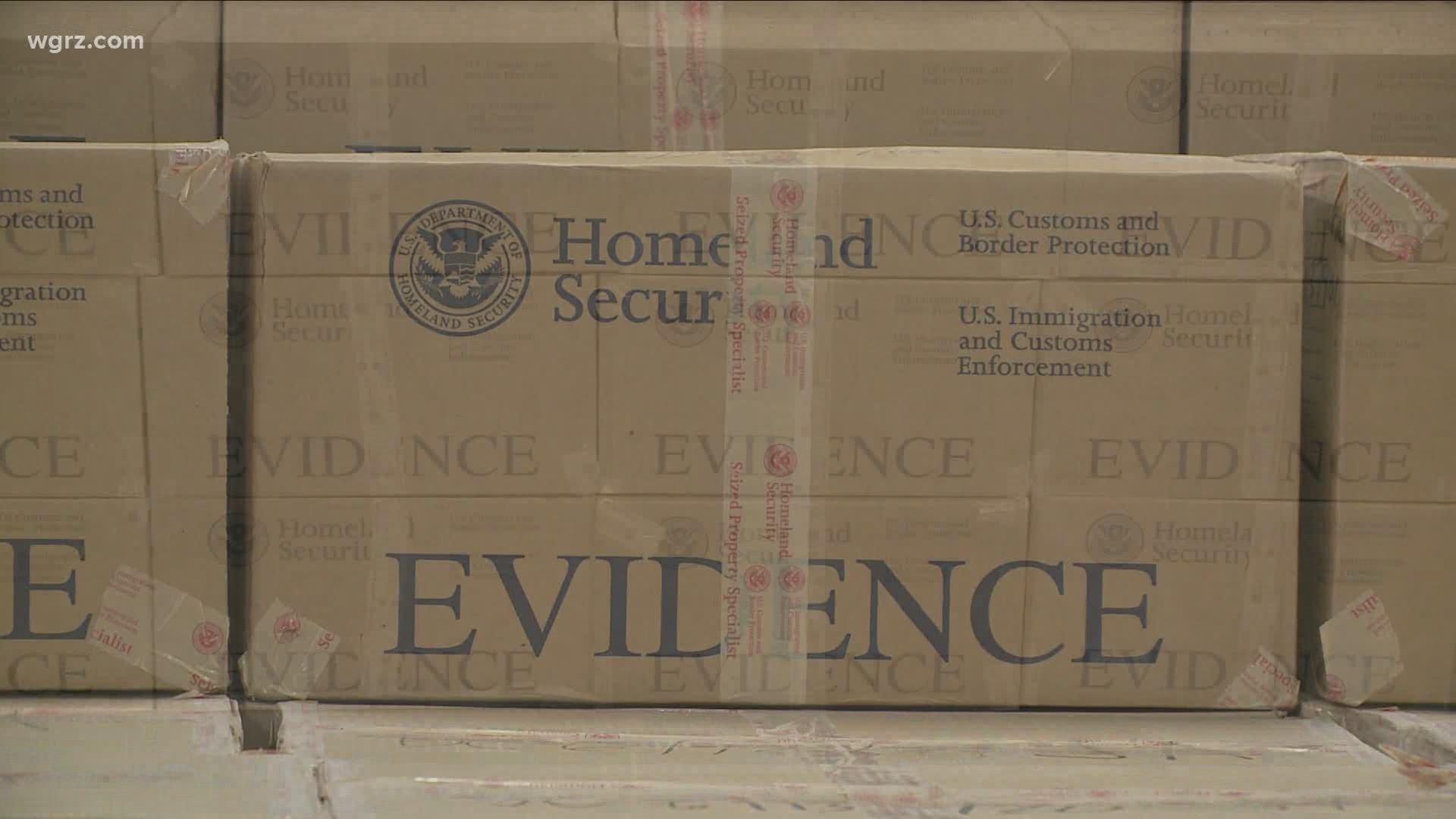 BUFFALO, N.Y. — Over 3,000 pounds of marijuana will not hit the streets thanks to a huge bust at the border over the weekend.

The US Attorney's Office says a truck with Ontario plates, carrying a load of peat moss, tried to cross into the country from Canada early Saturday morning. At the preliminary inspection, the driver told the Customs and Border Protection officer that he was bringing the load to Orange, VA. During a second exam officers noticed 58 large cardboard boxes sandwiched in the middle of the trailer between pallets of peat.

Inside those boxes were thousands of vacuumed sealed bags of suspected marijuana with an estimated value of $5 million.

“For the second time in as many weeks, Customs and Border Protection Officers successfully interdicted a multi-million dollar load of marijuana being imported from Canada into our District,” stated U.S Attorney Kennedy. “Despite the current travel restrictions at our international crossings, the criminal element has not curtailed their efforts to profit from illicit drug trafficking. Fortunately, our tremendous partners in law enforcement have remained vigilant in their efforts to ensure the integrity of our border and, in so doing, to keep our citizens safer and healthier.”

Gurpreet Singh, 30, a citizen of India, is charged with unlawfully importing and possessing with intent to distribute 1000 kilograms or more of marijuana. The charges carry a mandatory minimum penalty of 10 years in prison and a maximum of life.

“As criminals are determined to exploit our vulnerabilities during this unprecedented time in our country’s history, CBP remains steadfast in our commitment to protect our Nation,” said Buffalo Field Office Director Rose Brophy. “Our CBP officers have remained vigilant and focused, and their efforts have resulted in over 8,700 pounds of narcotics seized since March 21.”

Singh is being held pending a detention hearing set for Wednesday.

RELATED: Woman charged with trying to smuggle marijuana into the U.S. from Canada