Jeffrey Calhoun, 63, was found guilty of menacing in back in March. 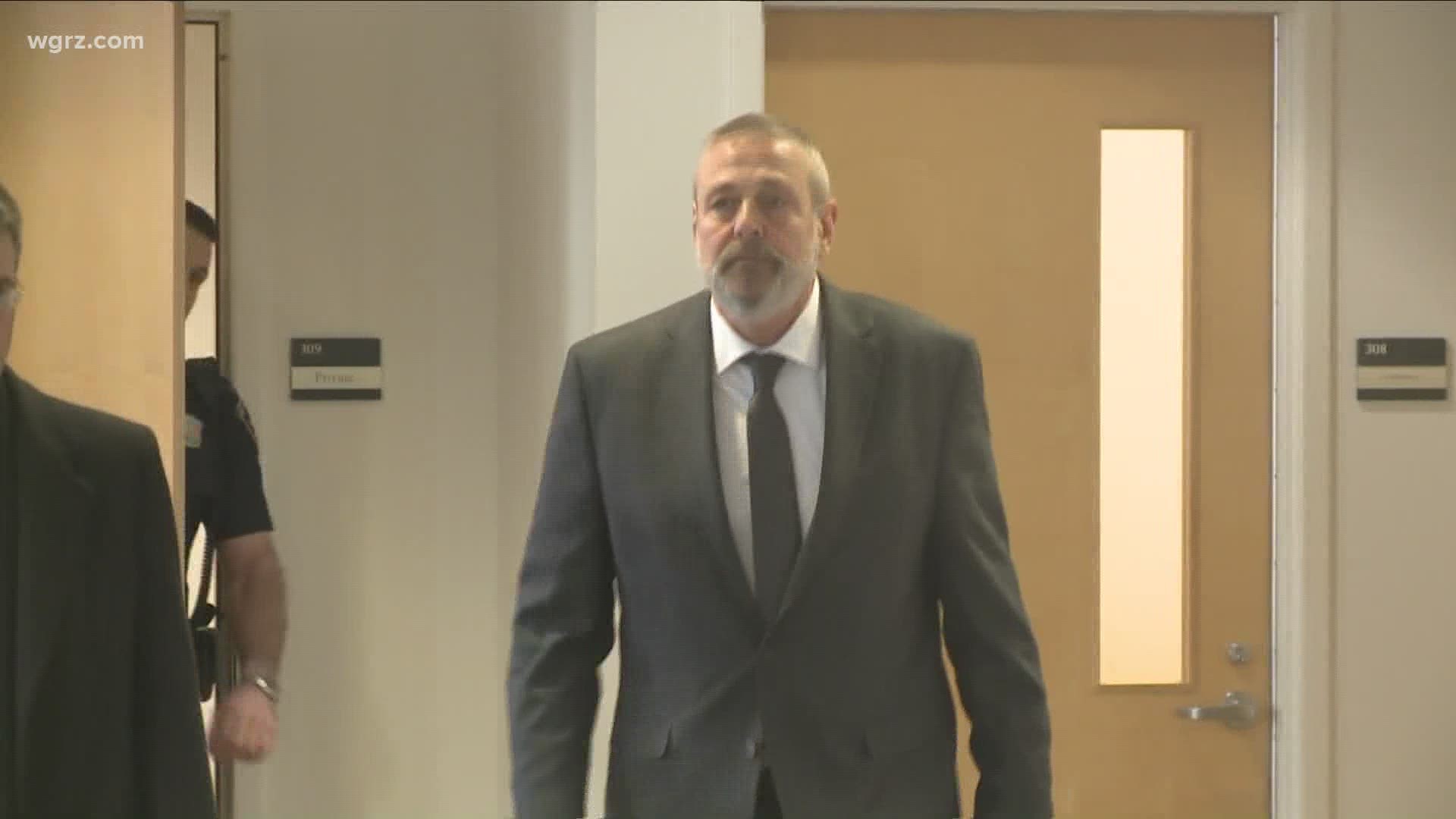 BUFFALO, N.Y. — A Lockport man was sentenced to 30 days of home confinement and two years of probation Wednesday for pointing a gun at a woman following a minor car crash last summer.

Jeffrey Calhoun, 63, was found guilty of menacing in back in March. He was acquitted of all other charges, including unlawful imprisonment and criminal impersonation. He was also found not guilty of any hate crimes.

Calhoun was accused of using a racial slur, while pulling a gun on a woman following a traffic accident on Colvin Avenue in North Buffalo last year.

A cell-phone video shown to the jury showed Calhoun struggling with Jeanneie Muhammad after she rear-ended his truck. The incident took place last summer.

Jeffrey Calhoun took the stand himself, claiming he did not use a racial slur toward anyone after an accident on Colvin Avenue in Buffalo last year.

The video was filmed by a bystander was on the opposite side of the street when the fender-bender between Calhoun and Muhammad took place.

The Erie County District Attorney's Office says an order of protection will be issued on behalf of Muhammad, which will remain in effect for three years.

2 On Your Side asked attorney Paul Cambria whether he was surprised by the sentence.

"It's a split sentence," Cambria said. "He gave him thirty days of home confinement and then two years of probation. He could have given him confinement in a jail and probation, but he chose to do it the other way. Especially since this crime was a so-called hate crime, but, you know, the jurors found him not guilty of all of that, so he shouldn't be punished in that way, so I think this is a very appropriate sentence."

Cambria says a judge will now have to decide whether to revoke Calhoun's pistol permit. Right now, it's suspended.

White man attack’s black lady for accidentally hitting his car... then pulls a Gun on her and innocent bystanders, as well as police‼️ (BUFFALO NY)