A Lockport man is facing charges following a traffic accident that ended with an altercation. 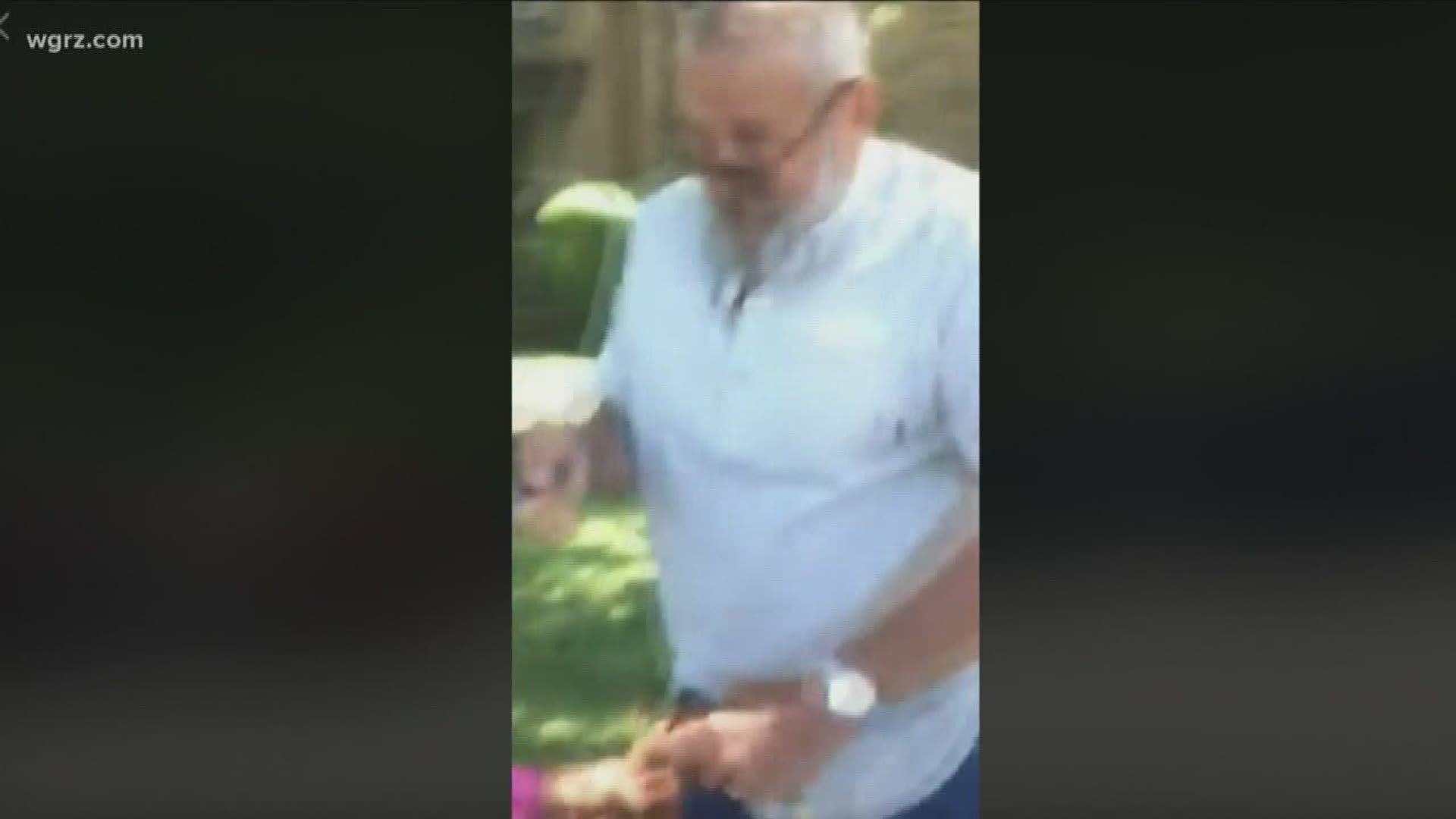 BUFFALO, N.Y. — A Lockport man is facing charges following a traffic accident that ended with an altercation.

Jeffrey Calhoun, 62, is charged with Attempted Robbery 1st, Menacing 2nd, and Harassment 2nd, according to a spokesperson for the Erie County District Attorney's office, following his arraignment this morning at which a judge set Calhoun's bail at $75,000.

The incident happened Tuesday morning near the intersection of Colvin and St. Lawrence Avenues.

A Buffalo Police spokesperson says the incident started when a woman allegedly rear-ended Calhoun's vehicle, and then a verbal altercation followed.

The Erie County District Attorney's office says Calhoun tried to steal a purse from the woman and displayed a handgun. Calhoun is also accused of grabbing the victim, biting her left arm, and throwing her to the ground.

Witnesses took video of the incident that was posted on Facebook, and at one point, you can see a man, identified by police as Calhoun, in the video holding a gun during the struggle.

(WARNING:  Inappropriate language may be offensive to some)

Calhoun's alleged victim, Jeanneie Muhammad,  appeared a news conference Wednesday afternoon, along with her husband Dahveed Muhammad, and Precious Santiaga  who took the video of the incident initially from her front porch.

Mrs. Muhammad said the accident ocurred when she was on her way to pick up her children from school.

"When I went to reach over to get my insurance out of the glove compartment that's when he reached into the car, snatched my keys, and said I think you're gonna run," she recalled.

Later, she alleged that Calhoun "grabbed me by the hoodie and threw me to the ground. So we are on the ground wrestling and he tries to take my purse from me."

Santiago lives in a 2nd floor apartment across the street from where the incident took place.

Santiago said when it appeared that Calhoun began biting Mohammed, she and others went over to intercede. A bit later on the video Calhoun produces a handgun and advises those gathering around him to not "hit me anymore".

Jeanneie Muhammad said she struck Calhoun once when his teeth clamped down on her arm in an attempt to break free of him.

Moments later, when police arrive, the video captures Calhoun approaching a patrol car with his gun in a holster on his hip, and his hands raised..

He then places the weapon and his hands on the hood of the police car before he is arrested.

"What happened to my wife yesterday was a completely heinous vicious assault," said Dahveed Muhammad, who said he seeks for Calhoun to be prosecuted to the fullest extent of the law. "We have a chance a unique chance in Erie County to get it right this time."

Members of the The National Association for Equal Justice in America and the Buffalo Civil Rights Initiative insisted the incident had racial overtones, and noted that Calhoun is white and his alleged victim is a black Muslim.

They also questioned out loud whether a black male under the same circumstances as Calhoun would have been allowed to peacefully surrender to police while possessing a firearm, and suggested that he might well have been shot dead instead.

Members of the groups called on Erie County District Attorney John Flynn to prosecute Calhoun for violating New York State's hate crimes statutes, however at this point Flynn says he is uncertain  that he may do so.

"I need to look at all the evidence before I make a determination but I assure you that I will," Flynn told WGRZ-TV in a telephone interview from Washington D.C.

Flynn cautions though, that while the charges Calhoun now faces could be prosecuted as hate crimes, he'd also need evidence that Calhoun acted in substantial part because of a belief or perception, regarding the race, color, national origin, or religion of his alleged victim...and says absent some sort of utterance or admission- it's not always easy to get enough evidence to prove that beyond a reasonable doubt.

Even the charges were not prosecuted under the hate crimes statute, Calhoun still faces up to 15 years in prison if convicted of the counts he now faces.