A Lockport man accused of pulling out a weapon after a fender bender in Buffalo last week faced chants of "Black Lives Matter" in Buffalo City Court. 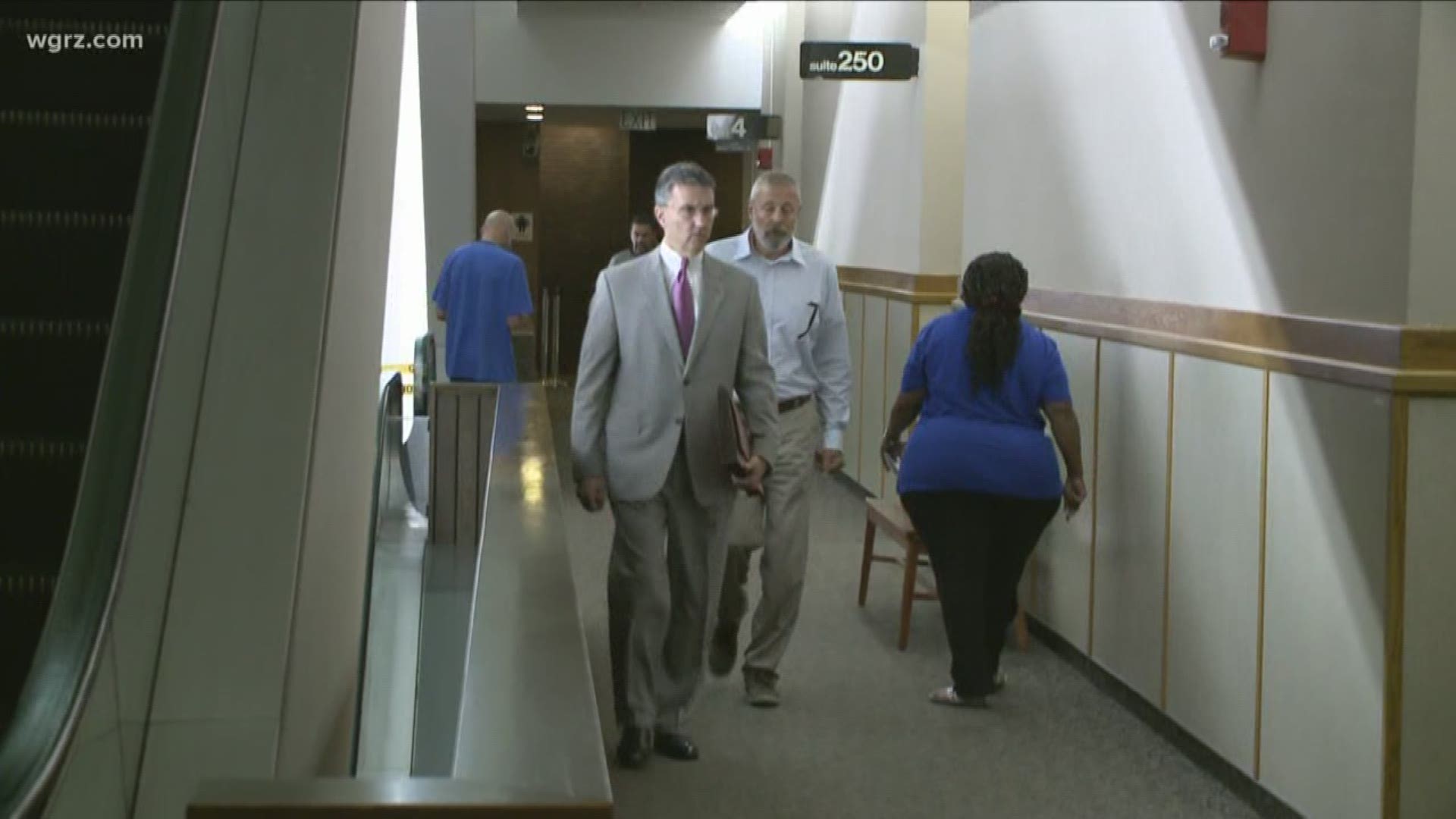 BUFFALO, N.Y. — A Lockport man accused of pulling out a weapon after a fender bender in Buffalo last week faced chants of "Black Lives Matter" when he showed up to Buffalo City Court Monday morning.

Jeffrey Calhoun was there facing charges of attempted robbery, harassment and menacing for the incident that was caught on camera at Sanders and Colvin last Tuesday.

Witnesses took video of the incident that was posted on Facebook, and at one point, you can see a man, identified by police as Calhoun, in the video holding a gun during the struggle.

"Mr. Calhoun's a very good person. He's very respected. These allegations that have been brought against him are completely out of character," said Daniel Henry, Calhoun's defense attorney.

Calhoun's alleged victim, Jeanneie Muhammad was in court for the proceedings on Monday, but did not want to speak on camera afterwards.

Jeanneie Muhammad appeared at a news conference last Wednesday, along with her husband Dahveed Muhammad, and Precious Santiaga, the woman who took the video of the incident initially from her front porch.

Muhammad said the accident occurred when she was on her way to pick up her children from school.

"When I went to reach over to get my insurance out of the glove compartment that's when he reached into the car, snatched my keys, and said I think you're gonna run," she recalled.

She alleged that Calhoun "grabbed me by the hoodie and threw me to the ground. So we are on the ground wrestling and he tries to take my purse from me."

Supporters of Muhammad say they want this case prosecuted as a hate crime. Calhoun has not been charged with a hate crime.

2 On Your Side asked to speak with District Attorney John Flynn about Calhoun's bail, but were told he is not able to speak about pending cases.