Jamestown man accused of drinking milk at Walmart, then putting it back

Lakewood-Busti Police were called to the Walmart on E. Fairmount Avenue in Lakewood for a criminal mischief complaint. 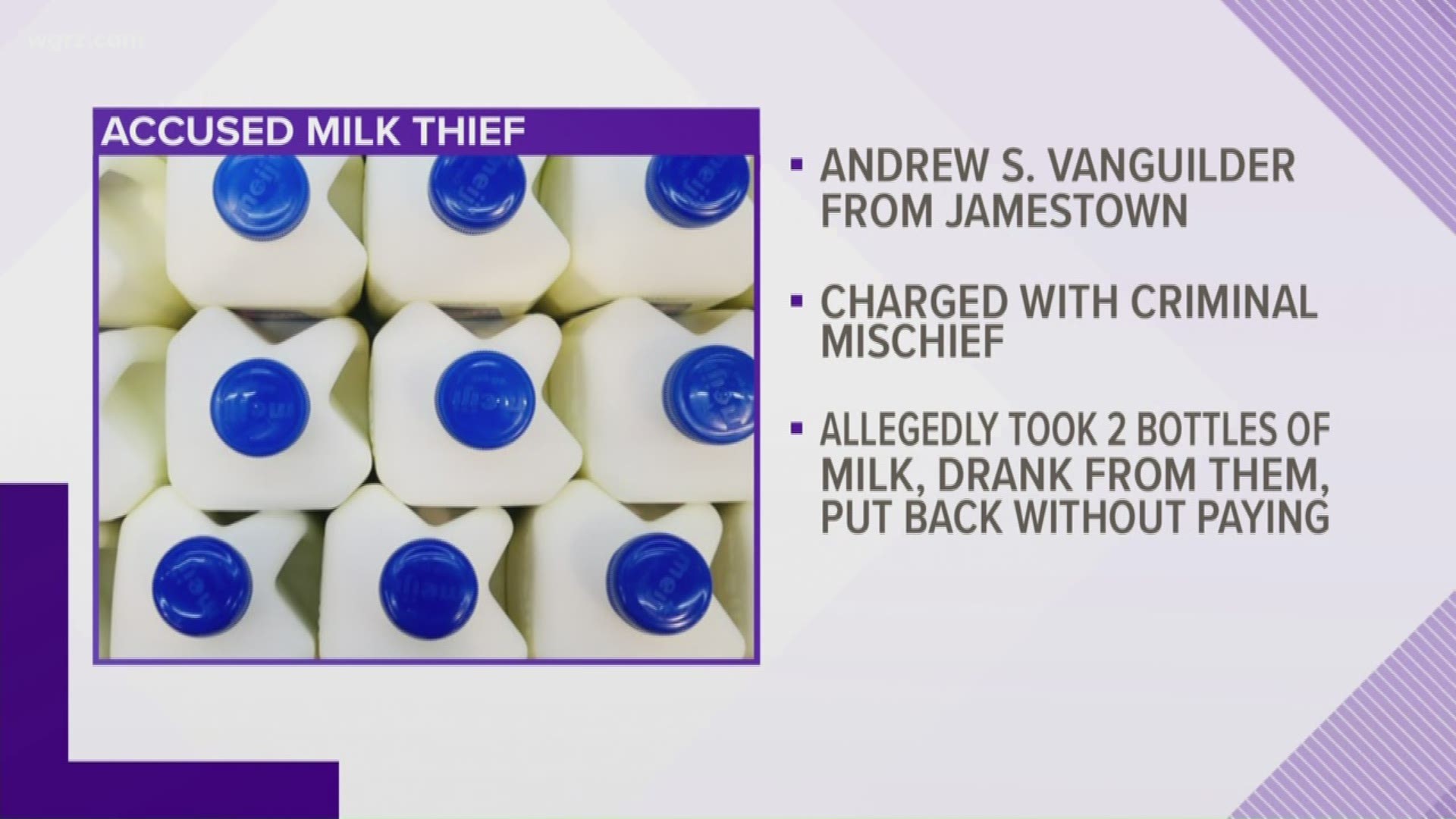 LAKEWOOD, N.Y. — A Jamestown man is accused of taking two bottles of milk from Walmart, and drinking from them without paying.

Lakewood-Busti Police were called to the Walmart on E. Fairmount Avenue in Lakewood for a criminal mischief complaint.

Investigators say Andrew S. Vanguilder allegedly took two bottles of milk from the cooler, drank out of both of them, and then placed them both back into the cooler without paying for them.

Vanguilder is charged with criminal mischief. He was released on an appearance ticket.

RELATED: You could face up to 20 years in prison for licking ice cream at the store and putting it back