49-year-old Joel Anzalone was virtually arraigned Friday in Buffalo City Court for the incident Wednesday at the Kohl's store in north Buffalo. 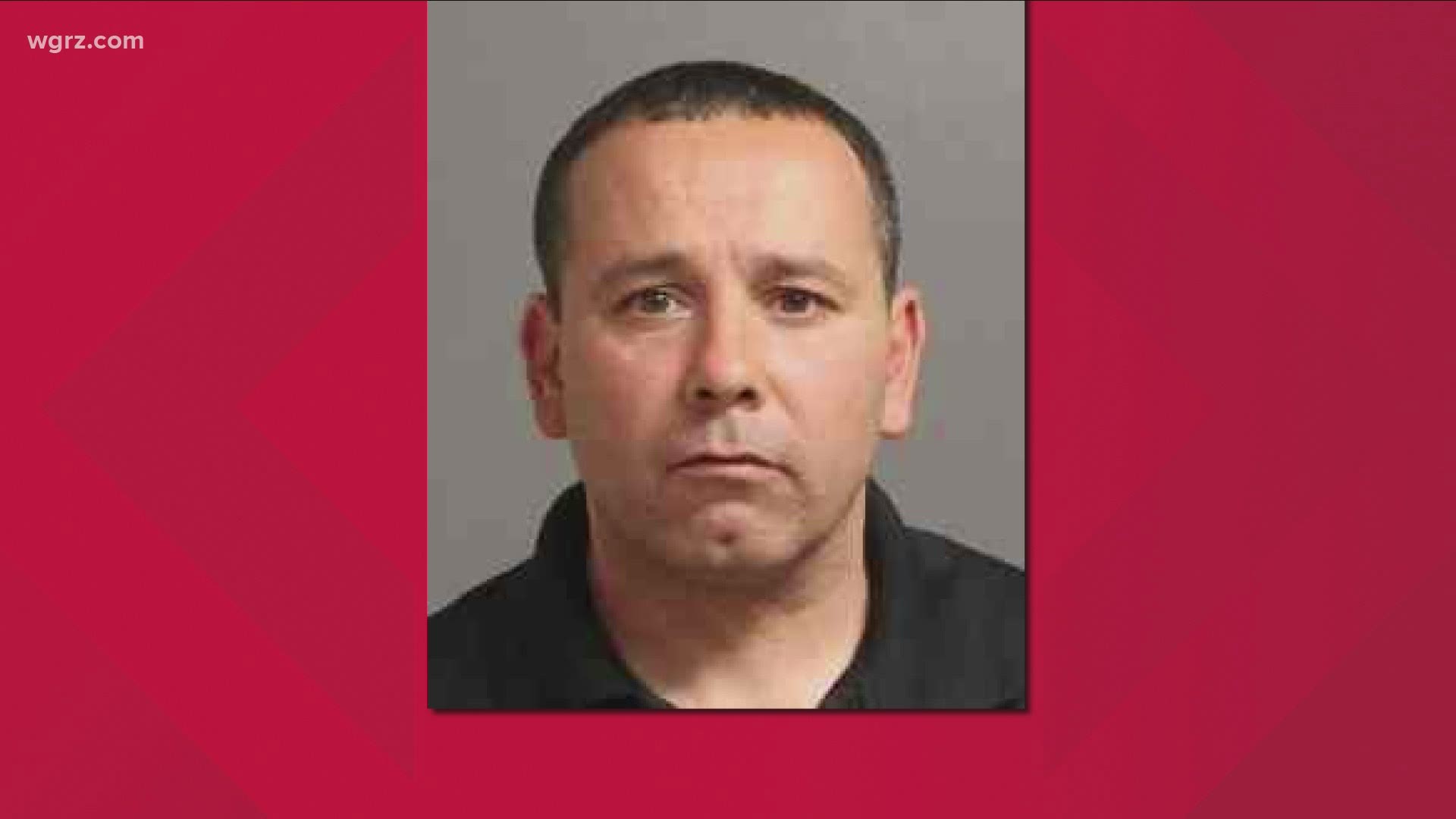 HAMBURG, N.Y. — A Buffalo man has been arraigned for the alleged assault of two Hamburg Police officers that took place Wednesday afternoon in north Buffalo.

Joel Anzalone, 49, is charged two counts each of assault and reckless endangerment, as well as resisting arrest. The Erie County District Attorney's office says other charges may be filed. Buffalo City Court Judge Diane Wray set bail at $100,000 and ordered him to return to court on September 23.

Hamburg Police say they located Anzalone walking along Broadway near Liddell on Thursday morning in the City of Buffalo, where he was was taken into custody.

From motor theft to manhunt

It all began Tuesday with the report of a stolen car, along with a credit card, from the McKinley Plaza in Hamburg

Detectives working the case got information that the credit card was used at a Kohl's department store on Delaware Avenue in North Buffalo.

On Wednesday, when police went to the store to review store security camera footage, they also noticed the stolen vehicle was in the parking lot.

According to police, detectives staked out the car to observe who might enter it.

When he emerged from the store and was confronted, Anzalone allegedly disobeyed a command to stop and began to drive off, with detective Vince Pupo attempting to enter the car to thwart the getaway.

According to police, Pupo suffered minor injuries when was dragged.for a short distance before being able to free himself. 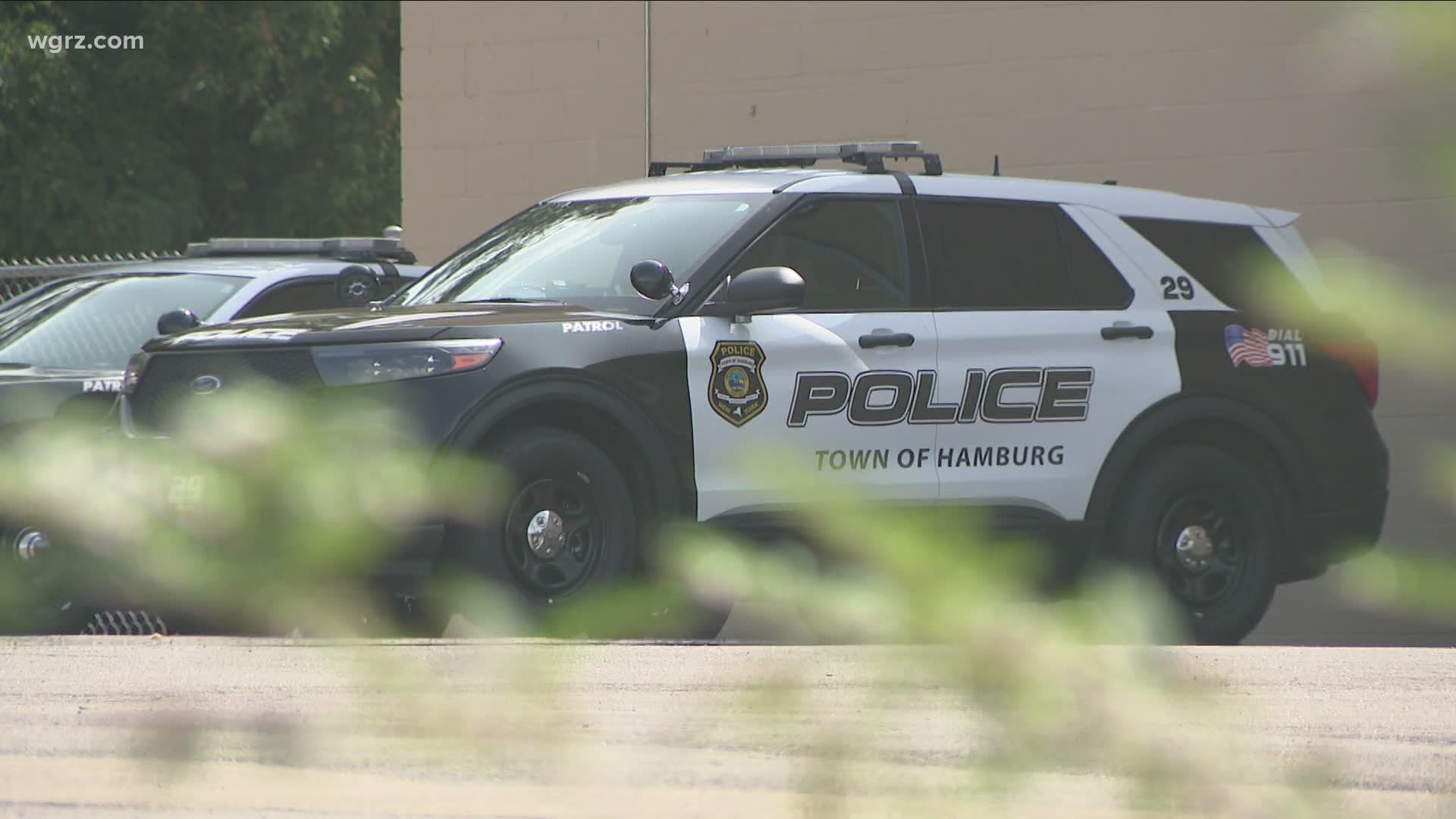 "It was courageous move by the detective to actually get into the car to scuffle and try to restrain him," Hamburg Town Supervisor Jim Shaw said.

However, Pupo became separated from his gun and holster, which went along with the car and suspect who escaped, touching off not only a manhunt, but an urgent effort to recover the missing police gun which was then assumed to be in Anzalone’s possession.

The car was recovered Wednesday night near at the corner of Parkdale and Garner avenues on Buffalo's upper West Side, approximately two miles from the Kohl's store, according to Hamburg Police Captain Peter Dienes, who led the investigation.

But there was no sign of Anzalone or the detective's missing gun.

"They were yelling, 'Yo!' ... then they pulled out their guns and threw the guy on the sidewalk and then handcuffed him,' " said Charlie Fax, who said he witnessed the arrest of Anzalone on Thursday morning from his yard across the street from where it occurred.

Capt. Dienes also confirmed that police later recovered the detective's missing gun, but declined to reveal details on that aspect of the case.

"I'm feeling a lot more at ease," said Shaw, who praised the restraint exhibited by officers not only during Wednesday's dangerous encounter but also when they apprehended Anzalone on Thursday.

"There was no wild over reaction by the police, this was good police work," Shaw said. "They pursued the case, they followed the leads, they undertook some heroic activity, and finally this rather dangerous fellow was apprehended."

Anzalone: no stranger to law enforcement

To say that Anzalone had an extensive criminal record might an understatement.

Records from the New York State Department of Corrections indicate he has been in state prison four times as part of a more than 30-year criminal history.

His latest brush with the law occurred in April, according to an article in The Buffalo News, which reported that Anzalone had been charged with robbery after surprising an Amazon delivery person by kicking him in the back of the leg, before he "pushed past him to get into the vehicle and drove off."

2 On Your Side checked with the Erie County District Attorney's office to inquire why Anzalone was out on the street after just five months.

It turns out that the COVID-19 pandemic and a reluctant witness were both at play.

According to a district attorney's spokesperson, prosecutors were unable to present the case to a grand jury due to the pandemic (grand juries were halted until July), and when they later tried to schedule a preliminary hearing to convince a judge to order Anzalone held, the key witness backed out of testifying, and Anzalone was ordered released.