Gun control: How NY plans to take firearms away from domestic abusers

Gov. Andrew Cuomo and the state Legislature struck a deal as part of state budget negotiations that will toughen gun-control laws for people convicted of domestic abuse. 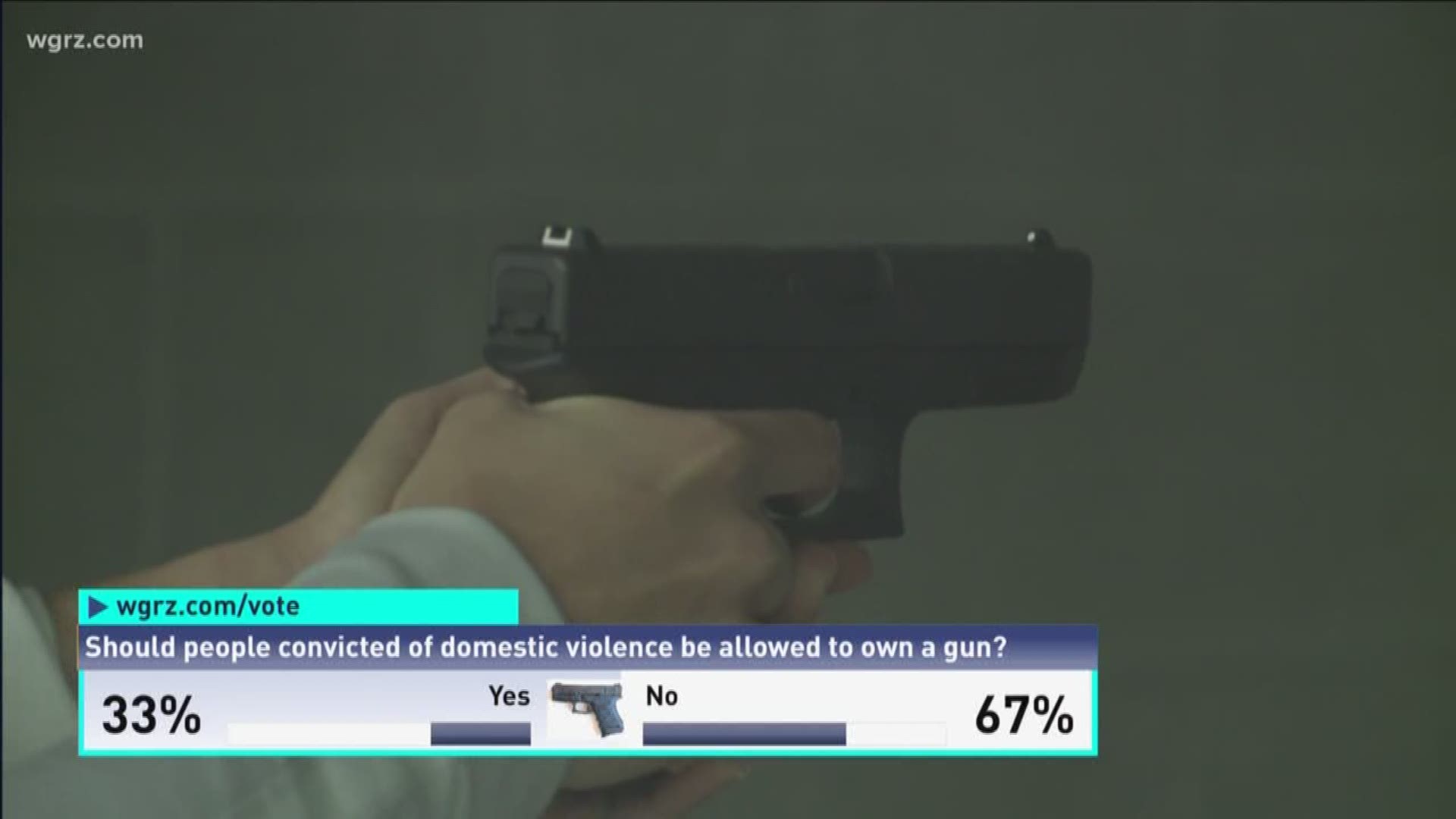 ALBANY -- Domestic abusers in New York who are convicted on either felony or many misdemeanor charges will have their firearms taken from them.

Gov. Andrew Cuomo and the state Legislature struck a deal as part of state budget negotiations that will toughen gun-control laws for people convicted of domestic abuse.

In addition to expanding the type of crimes that will require confiscation of guns, it will also broaden current law to include the surrender of all firearms, including rifles and shotguns and not just handguns, associated with certain domestic crimes. Attorney Barry Covert says it would make the law more uniform across the state. "Because you have a lot of judges...you have city court judges, county court judges, village, town judges throughout the state...many are rural and some may not want to take someone's hunting rifle away from them."

Erie County District Attorney John Flynn provided an example of how additional factors of violence in such cases will now be considered. "If an individual puts his hands upon an individual's neck and it didn't cause a quote serious injury but it was still a strangulation...that would perhaps fall into the misdemeanor category. That would not have been covered by this law...this will now close that gap."

"The recent wave of mass shootings is horrifying, and the federal government's failure to act on any form of meaningful gun safety laws is unconscionable," Cuomo said in a statement. "New York is once again leading the way to prevent gun violence, and with this common sense reform, break the inextricable link between gun violence and domestic violence."

What the law does

New York passed the controversial gun-control law called the SAFE Act in January 2013 in the wake of the Newtown, Conn., school shooting.

They settled on the measure focusing on domestic abusers.

While it was negotiated as part of the state budget adopted early Saturday, it was approved as a separate bill.

Advocates praised the bill's passage, saying it will keep guns out of the hands of dangerous abusers.

New York law had prohibited the possession of firearms for individuals convicted of a felony or for a limited number of serious misdemeanors.

But a number of misdemeanors were not included, such as various convictions on menacing, assault and unlawful imprisonment.

So the new law, once signed by Cuomo in the coming days, will add a number of the misdemeanors to the gun-control law.

How will it work?

It will take effect 60 days after Cuomo signs it.

Federal law bans gun ownership by those convicted in domestic violence cases, but the law varies by state and how it is enforced, as well as how it is reported to authorities, state officials said.

The new New York law will require the courts to notify the state Department of Criminal Justice Services of any convicted domestic abusers.

Then the state will report the abusers to the FBI -- which will identify them and prohibit them from purchasing and possessing a firearm.

The law will also require the courts to notify law enforcement to take away "firearms, rifles and shotguns" upon a judgement of conviction of a felony or serious offense.

Also, the law will ensure individuals wanted for a felony or other serious offense are not able to obtain or renew a firearm license, Cuomo said.

"This change will make certain that the general public as well as the law enforcement who are actively seeking to arrest a wanted individual are not needlessly endangered by that individual obtaining new firearms," Cuomo's office said.

The group said that orders of protections in New York are at a five-year high, while intimate partner homicides increased from 64 in 2015 to 78 in 2016.

"Children exposed to domestic violence suffer trauma that impacts the rest of their lives," the group said in a statement.

"This legislation will help keep families safe and prevent greater trauma down the line."

Mary Travers Murphy, executive director of the Family Justice Center of Erie County, adds "It will save lives. it's another effective tool in the tool box of advocates and law enforcement officials."

She also cited a tragic case in which an abuser had access to firearms. This involved an order of protection in a 2016 case. There was a murder - suicide as the abuser later took his own life. "Here in Orchard Park when Ruby Stiglmeier was murdered a couple of years ago. There was an order of protection in place...she was strangled. Guns weren't taken away and in the end her abuser killed her with his gun."

For more information or if someone needs help in such a case, they can learn more from the Family Justice Center of Erie County at http://www.fjcsafe.org/