The Governor outlined seven different ways to help curb the gun violence that has been on the rise statewide over the past year. 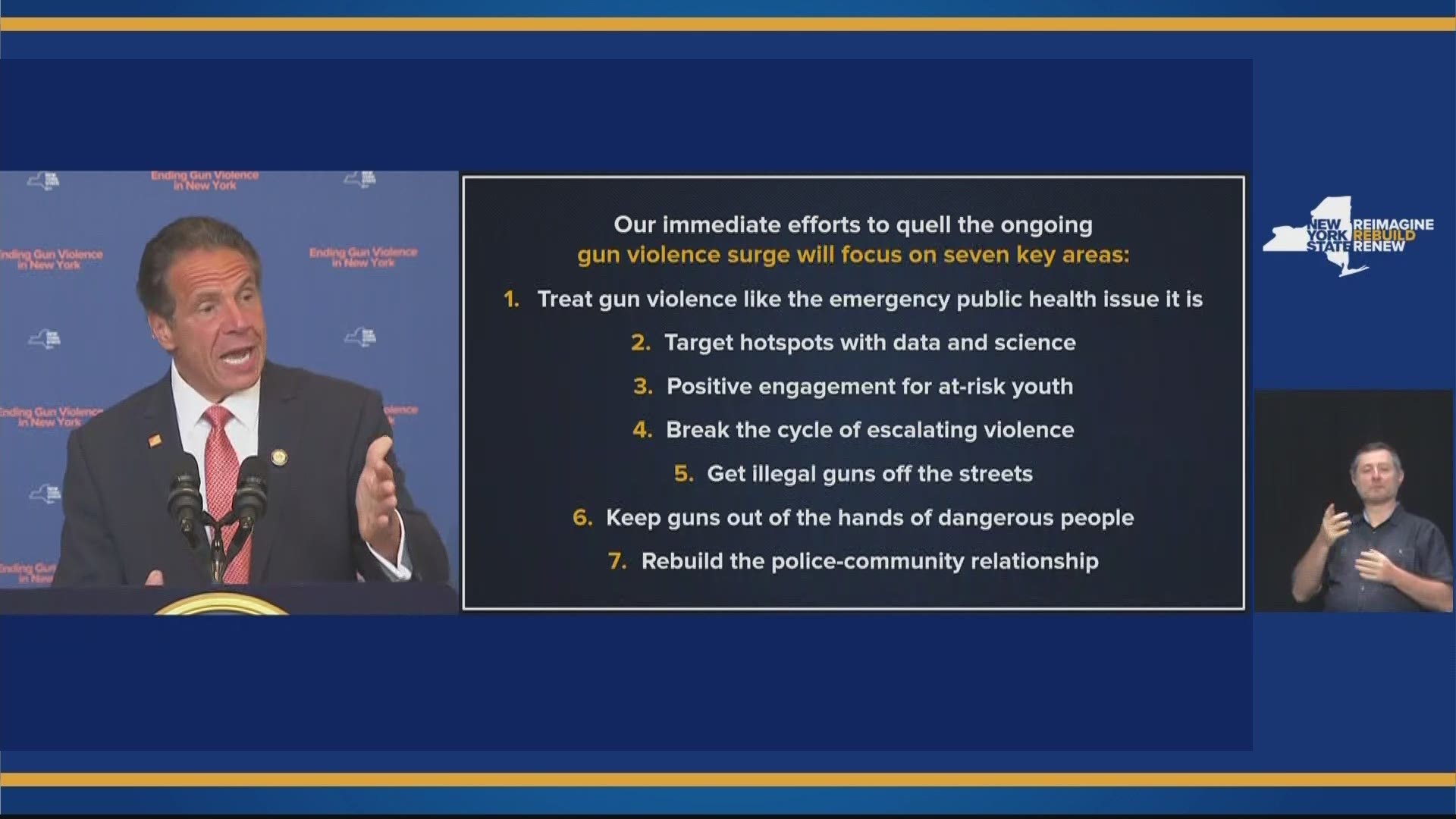 The Governor spoke for about an hour at the John Jay College of Criminal Justice in New York City Tuesday afternoon alongside elected officials, anti-violence groups, and other advocates.

"If you look at the recent numbers, more people are now dying from gun violence and crime than COVID," said Cuomo. "This is a national problem but someone has to step up and address this problem because our future depends on it."

In addition to announcing that executive order, Cuomo announced the creation of the Office of Gun Violence Prevention that will be overseen by the Department of Health. He also announced a new State Police Gun Trafficking Interdiction Unit to stop illegal weapons from entering the state.

The short-term plans include seven different areas of focus, which will split $138.7 million in state funding to get started.

Some of the specific strategies Cuomo talked about today were creating more jobs for at-risk youths, intervention programs for victims to help prevent retaliation, weekly reports from police departments statewide on shootings to identify hotspots, and closing the federal loophole allowing people with an active warrant to buy guns.

Cuomo also spoke about the need for police reform and improving the community-police relationship.

"We have to reform policing while addressing gun violence at the same time. It's not one or the other," said Cuomo.