Donald Snyder, 50, of Akron admitted stealing close to $100,000 from the International Association of EMTs and Paramedics, Local 394. 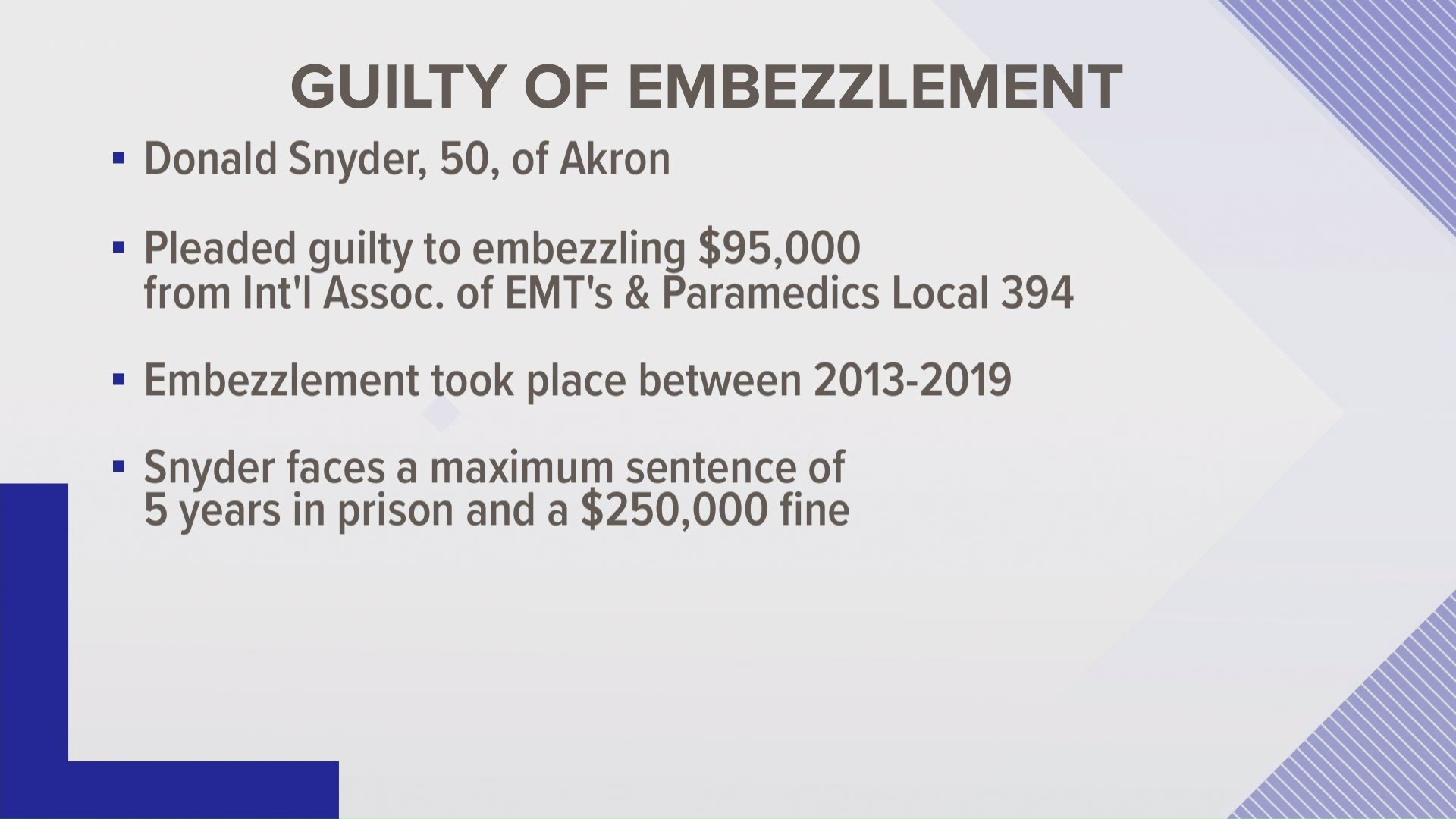 BUFFALO, N.Y. — A former union chief that represented local first responders has admitted to stealing money from that union for his own personal use.

Between October 2013 and November 2019, Donald Snyder, 50, of Akron was president of the International Association of EMTs and Paramedics Local 394. The labor organization represents approximately 200 employees of Twin City Ambulance in Amherst.

The U.S. Attorney's office says all of that money was taken for his personal use and not union business.

Snyder pleaded guilty before U.S. District Court Judge John Sinatra, Jr. to a charge of embezzlement by union officials. He faces a maximum of five years in prison and a $250,000 fine when sentenced in November.