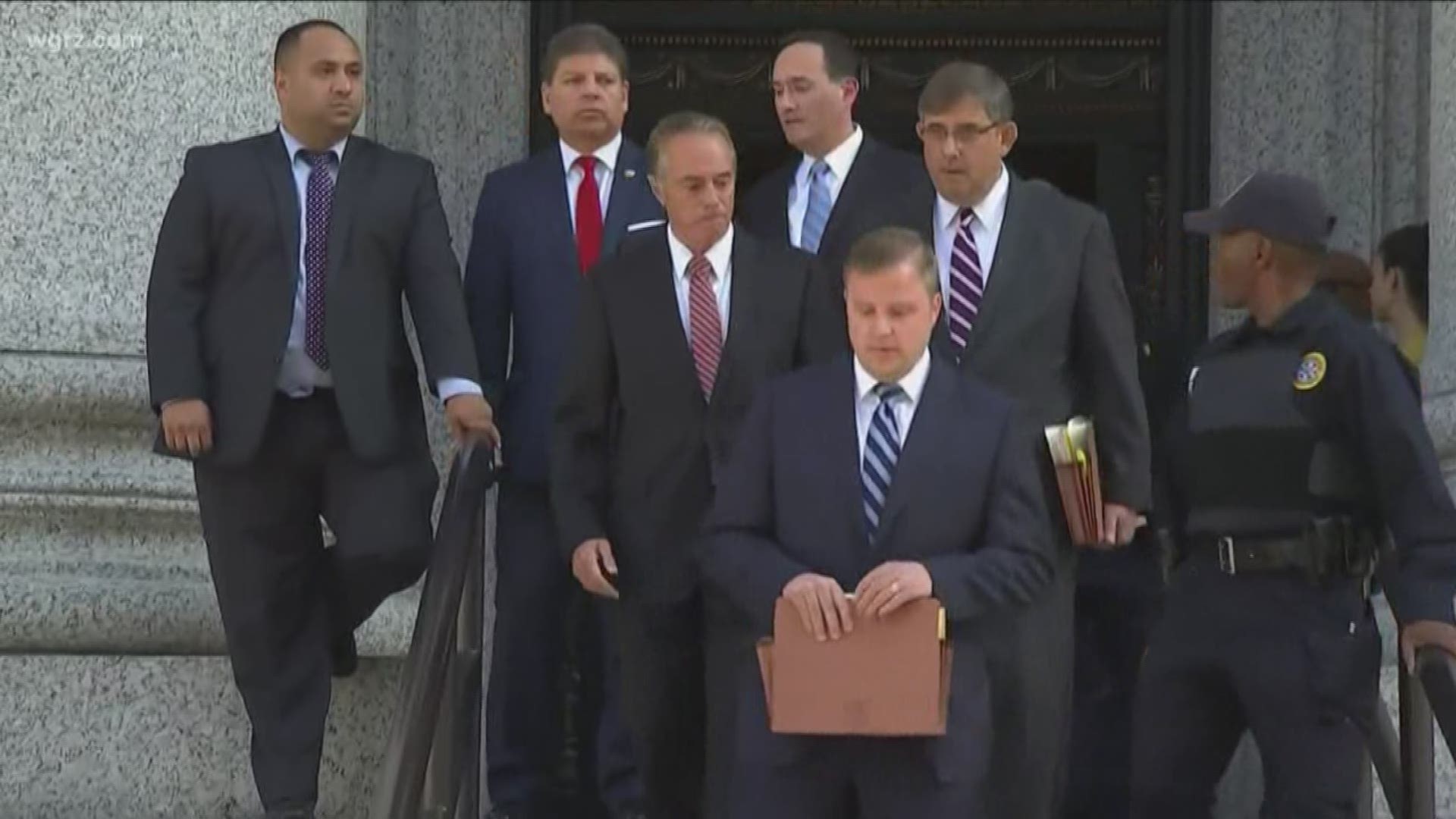 Collins made the revelation in a recently sent letter to friends and family looking for character references for the judge to read prior to his sentencing in January 2020.

Chris Collins pleaded guilty to conspiracy to commit securities fraud and one count of making a false statement.

Collins was accused of illegally leaking confidential information about a biopharmaceutical company to his son and the father of his son's fiancée.

In court, Collins apologized to his former constituents, and especially to his son. His plea agreement includes a note that he may be sentenced to four years in prison.