The union called the verdict a setback for local law enforcement and said it has concerns about the facts in the case. 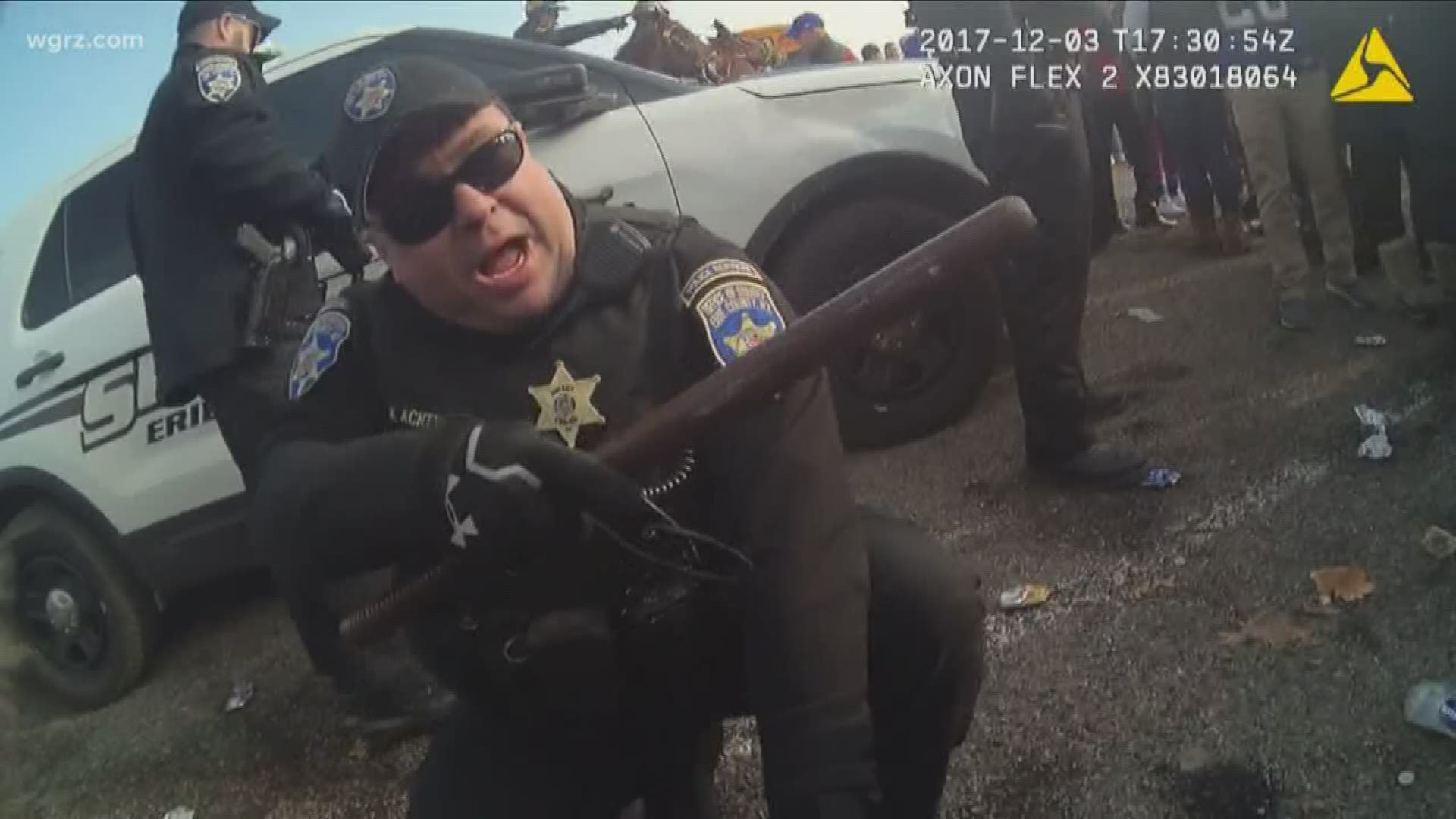 ORCHARD PARK, N.Y. — The Erie County Sheriff's Union is weighing in on the guilty verdict of deputy Kenneth Achtyl.

Achtyl was found guilty of assault among other charges on Friday.

The Erie County Sheriff's Police Benevolent Association is criticizing District Attorney John Flynn for how he handled the case.

"I intend to call upon district attorney John Flynn to explain the handling of this case by his own personnel since the beginning."

That was Erie County Sheriff Tim Howard after a jury found deputy Kenneth Achtyl guilty of third-degree assault, official misconduct and falsifying records in connection to the alleged assault of Bills fan Nicholas Belsito during a 2017 tailgate.

"Justice was done, and Deputy Achtyl was rightfully found guilty," Flynn said Friday, following the announcement of the verdict.

The union called the verdict a setback for local law enforcement and said it has concerns about the facts in the case.

In a statement shared on its Facebook page, the union said in part:

"The only person I called into question on their integrity was Achtyl, and a jury found him guilty of falsifying a business record. I have the upmost respect for the deputies of the sheriff's department," Flynn said.

"The concern I've had from the beginning is that the body camera footage would be released prematurely and without a full explanation of what was happening on the body camera," Howard said.

Added Flynn: "I did not distribute any body cam footage to the media or to anyone outside of the attorneys in the criminal context, which I'm required to do under the disclosure and discovery obligations to give to the other side."

Achtyl will be sentenced in January.

He was released on his own recognizance and will remain suspended without pay until further notice.

RELATED: Defense rests in Deputy Achtyl trial; jury to get the case Friday