Achtyl was found guilty by a jury of assault (reckless) in 3rd degree, official misconduct and falsifying records. 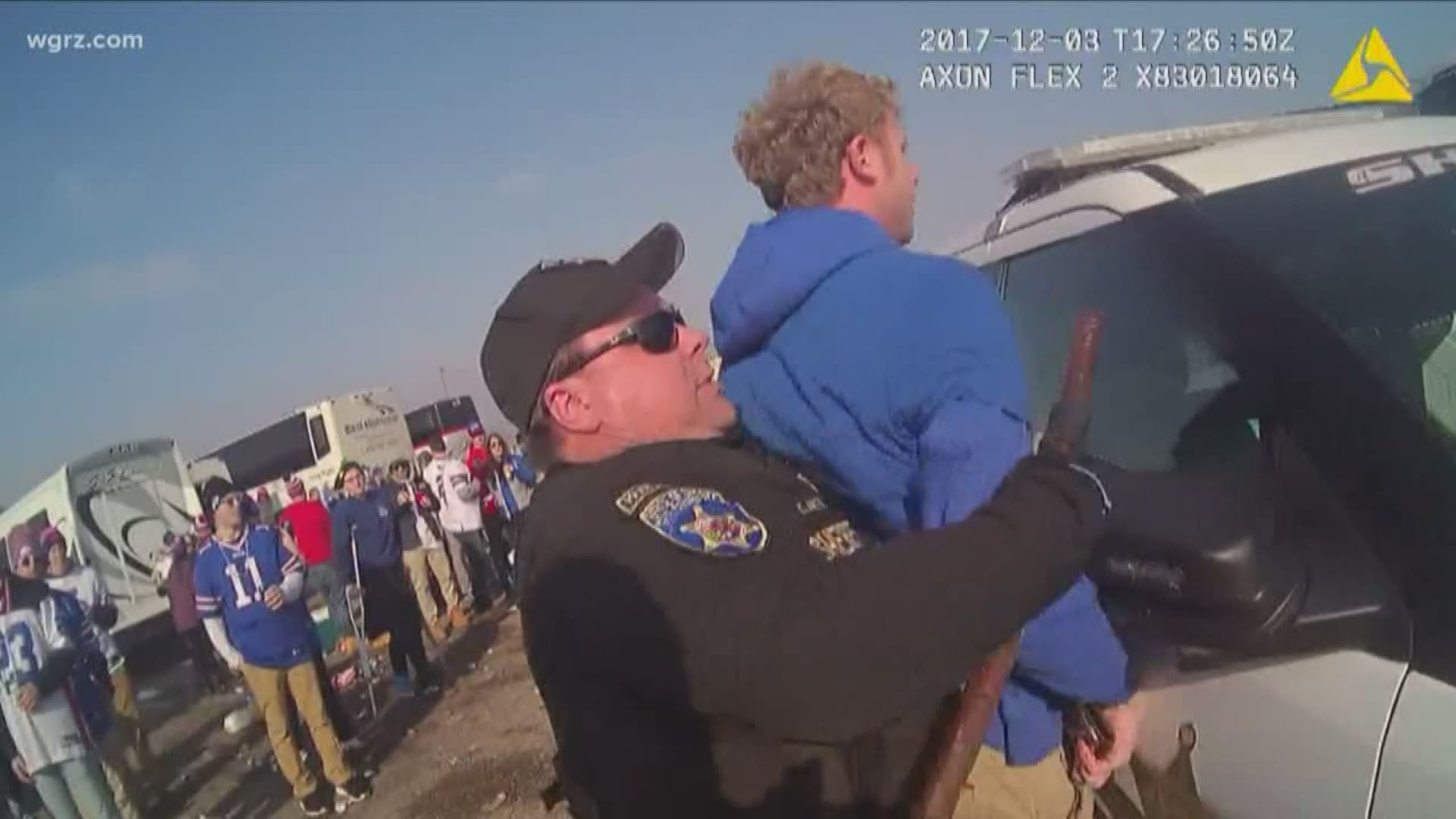 Achtyl was found guilty by a jury of assault (reckless) in 3rd degree, official misconduct and falsifying records.

Achtyl was accused of assaulting a Bills fan during a 2017 tailgate.

Achtyl will be sentenced January 23, 2020. He will be released on his own recognizance until then.

Sheriff Timothy Howard spoke to the press following the verdict. He said at that time that Achtyl would remain suspended without pay until further notice.

His office released this statement:

Sheriff Howard did discuss employment options with the County Attorney’s Office as well as reviewed past dismissals of Sheriff’s Office employees.

Deputy Achtyl was on paid administrative leave following the notification that an investigation was initiated into the December 3, 2017 incident.  Following Deputy Achtyl’s arrest, the Sheriff’s Office changed the Deputy’s status to leave without pay.