Nathan L. Rogers, 37, was previously arrested and charged with second-degree unlawful surveillance in Genesee County for an incident at Six Flags Darien Lake. 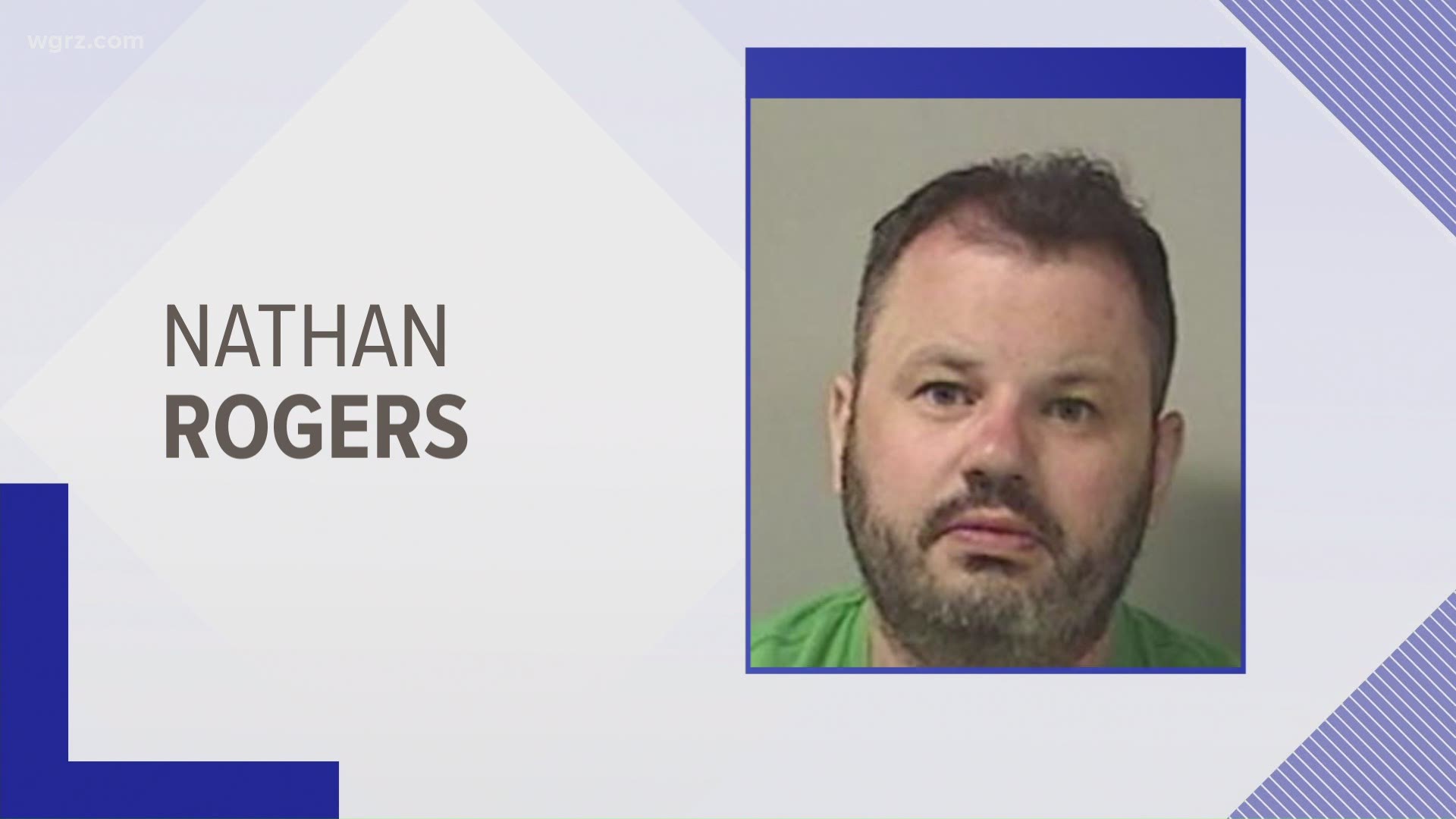 BUFFALO, N.Y. — An East Aurora youth pastor faces 15 to 30 years in prison after he was charged with the production of child pornography following an incident that happened at Six Flags Darien Lake.

Nathan L. Rogers, 37, of East Aurora was previously arrested and charged with unlawful surveillance in the second degree in Genesee County. He was convicted in county court in December of 2020 and and received five years of probation, with the first six months spent in jail.

He was fired by Life Church Buffalo after that arrest.

According to the office of U.S. Attorney James Kennedy, of the 24,017 picture files and 2,389 video files on Rogers' phone, some were considered child pornography.

The Western District of New York said that in July of 2019, a 12-year-old girl attended a Christian music festival at Darien Lake with a church youth group. That's when Rogers offered the girl a place to change, in his camper, after a trip to the water park.

While in the camper, the girl discovered iPhones that were hidden in clothes on a ledge, as well as in sheets on the bed. Both phones had been recording videos for at least 13 minutes, according to the complaint.

The girl deleted the videos, put the iPhones back in place, left the camper, and called her mother to report what she had found. The mother then drove to Darien Lake, picked up her daughter, and contacted the Genesee County Sheriff's Office.