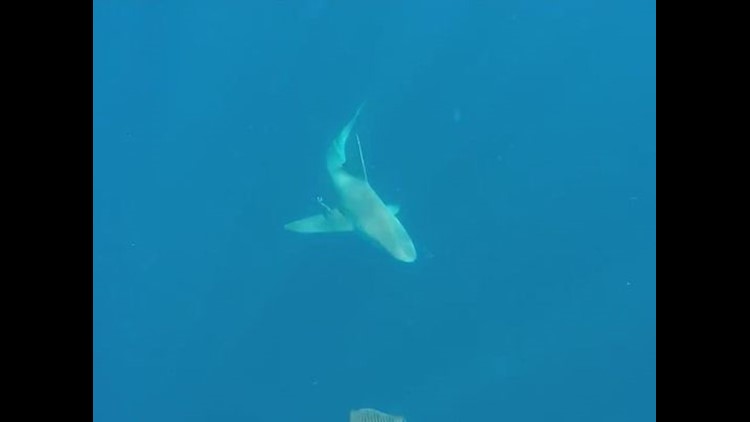 DUTCHESS COUNTY, N.Y. — A Dutchess County man was recently convicted of illegally trafficking and selling sandbar sharks, which are considered a protected species.

New York State Attorney General Letitia James and the state's Department of Environmental Conservation announced the conviction on Friday. Joshua Seguine, 38, of LaGrangeville will be sentenced on September 12.

"Trafficking protected species is unlawful and ultimately harmful to the wildlife," James said in a statement.

Seguine pleaded guilty in Town of LaGrange Court to illegal possession with the intent to sell seven sandbar sharks.

In July of 2017, DEC officials said he had five small sharks in the back of his truck in Georgia. According to a felony complaint as well as statements by prosecutors, Seguine said he was taking the sharks back to New York, where he was already in possession of more sharks at his house.

After obtaining a search warrant, the DEC found live sandbar sharks at his house. A special license is required to keep them in New York.

DEC officials also found two dead leopard sharks, one dead hammerhead shark, and the snout of a smalltooth sawfish, which is considered an endangered species.

The DEC said Seguine had an 18-foot pool in his home and attempted to sell the sharks on the internet.

2 the Outdoors: An overwhelming invader on 18 Mile Creek