Deyanna Davis was released and turned over to U.S. Marshals. 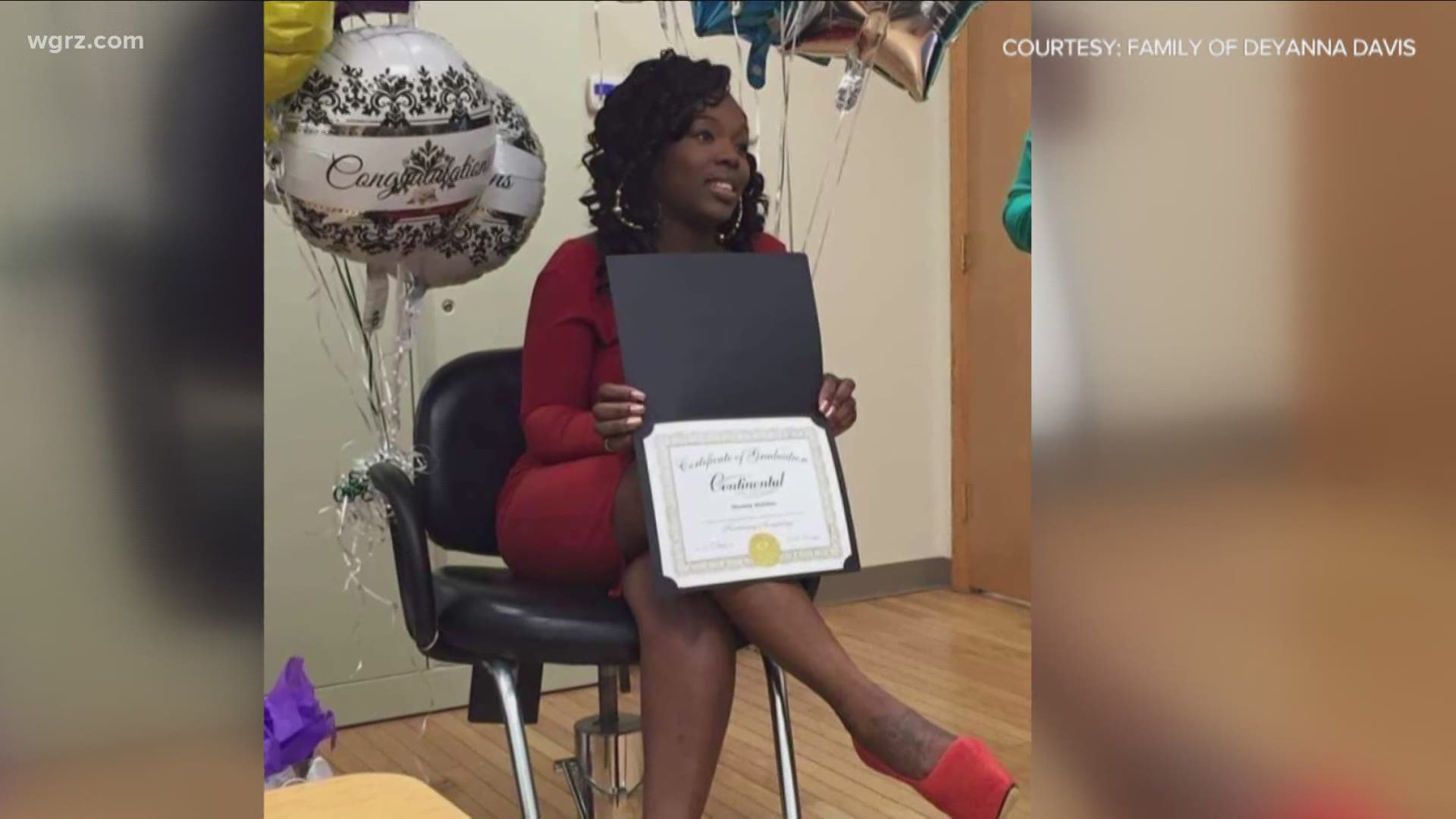 BUFFALO, N.Y. — The Buffalo woman accused of running over a New York State trooper and two other police officers with a car during a protest on June 1 has been released from custody at the Erie County Holding Center.

The Erie County Sheriff’s Office has released Deyanna Davis from the Erie County Holding Center. She was turned over to the United States Marshals Service according to the instructions from U.S Federal Court.

On Tuesday, U.S. District Court Judge Lawrence Vilardo agreed to release Deyanna Davis, 30, from custody on $75,000 bail with electronic monitoring. There are other conditions such as no further operation of a motor vehicle unless there is federal approval and a mental health evaluation. Davis must also pay $20,000 bail on state charges of attempted murder. Her case is slated to go before an Erie County Grand Jury.

Federal prosecutors had argued that she was a danger to the community and a flight risk, but now a state judge as well as a federal magistrate and Vilardo have all agreed she could be granted bail. The government's case stated that Semaj Pigram, another suspect arrested that night, was a backseat passenger in the car and had fired ten rounds from a stolen handgun. Prosecutors contend that she may have tried to help him escape. There have also been references to a past criminal behavior as a teenager and alleged substance abuse on the night of the incident. The judge seemed to discount those factors.

A New York State trooper was seriously injured in the incident. Another state trooper and a Buffalo Police officer were also hurt that night.

There was no comment Tuesday from either the US Attorney's Office or the Erie County District Attorney. But Davis' attorney did speak with 2 On Your Side.

Defense Attorney Samuel P. Davis said, "They tried to dehumanize my client. Made her some sort of soldier of fortune/mercenary. She could withstand gunfire, withstand tear gas, be ice cold and everything and navigate traffic. She was supposed to be okay. I just don't see it."

He added, "Whatever happened in that back seat - even if it stays in their theory - it makes no sense that my client would be a part of that."

RELATED: Judge rules Deyanna Davis to be released on bail

RELATED: Federal judge orders woman accused of running down police officers during protest to be released