Collins hostage suspect named; he had 2 warrants from Chautauqua County 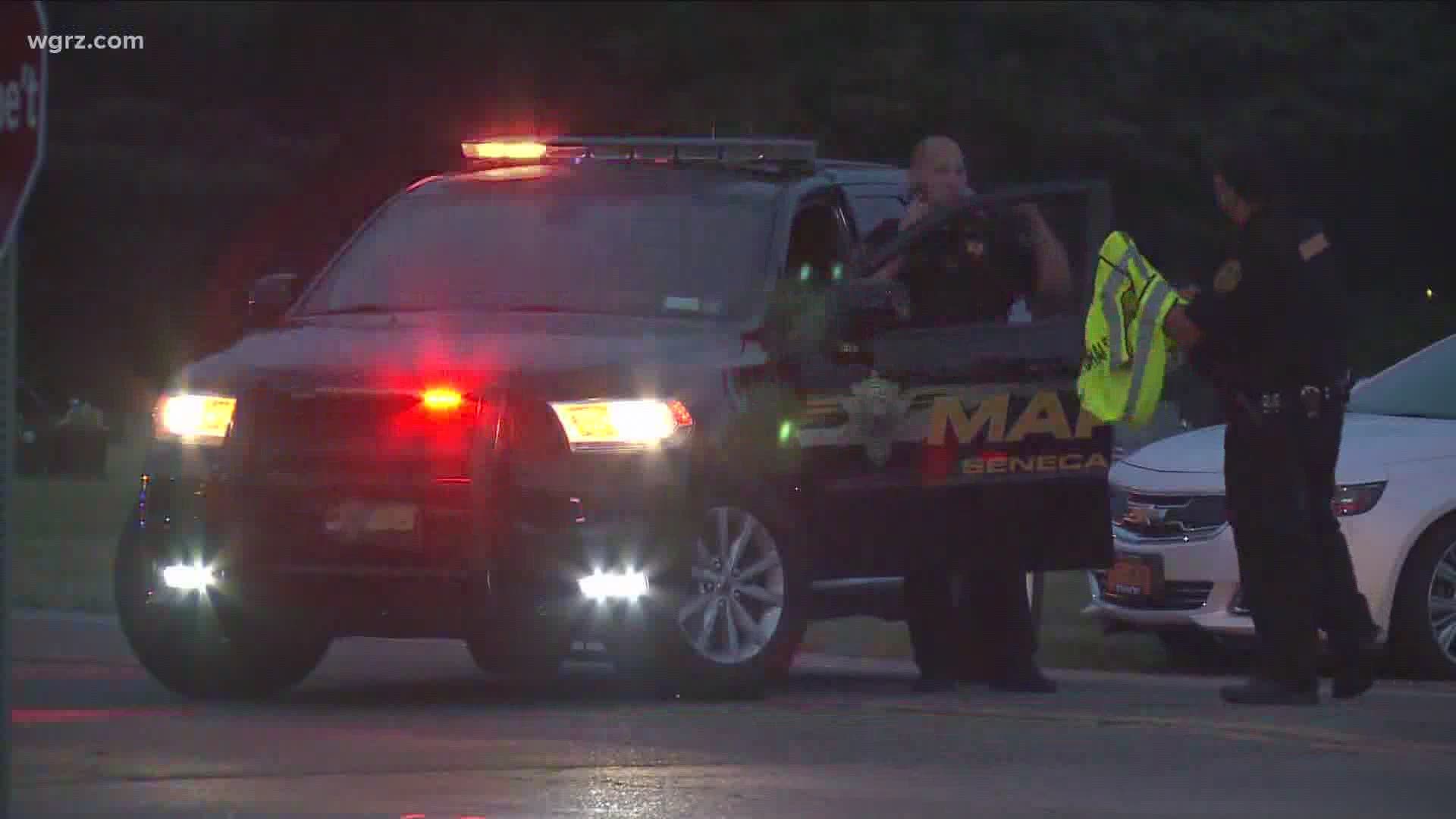 IRVING, N.Y. — 2 On Your Side is learning more about the suspect New York State Police have in custody after an attempted traffic stop led to a chase, a two-car crash, then a hostage situation in Collins.

Chautauqua County Sheriff James Quattrone said 43-year-old Hiram Rivera was fleeing police when he collided with a pickup truck that burst into flames on Route 438.

Quattrone said Rivera had two warrants out for his arrest stemming from two separate incidents. One was for grand larceny on May 25, and another for first degree burglary, among other charges, on June 8.

"On June 8, we received a call for a home invasion in Stockton, New York, on 380," Sheriff Quattrone said. "On investigation we discovered that Hiram Rivera had entered that house, and we ended up getting warrants for him for burglary in the first degree, two counts of grand larceny, and strangulation in the second degree."

During the home invasion, Rivera allegedly strangled a woman, causing her to pass out. Quattrone said she called police when she woke up.

A New York State Police Trooper on the lookout spotted Rivera's vehicle, which led to the chase and crash.

"Subsequent to the chase, the individual was involved in a two-vehicle auto accident, and at that time he took one of the individuals that was inside his vehicle hostage and took them into a wooded area, which was adjacent to the crash," New York State Police Major James Hall said.

Rivera was taken into custody after a stand-off of more than three hours. He is currently being held at the Chautauqua County Jail, where he is awaiting charges from New York State Police.

"We're happy that he's in custody and no longer a threat to any innocent individuals, community members or law enforcement," Sheriff Quattrone said.

Quattrone also said that both victims, including the one who was taken hostage Tuesday night, are both said to be OK.

Chautauqua County Sheriff Quattrone said 43-year-old Hiram Rivera was the suspect in the hostage situation in Collins.
Quattrone said he had warrants for 2 separate incidents.
One was grand larceny and the other was burglary for a home invasion where 1 person was injured.@WGRZ pic.twitter.com/Ay0DZJC2bJ