Jonathon White, 28, was found guilty of attempted murder after he set his ex-girlfriend, Jessica Cameron, on fire outside a Tim Hortons last December. 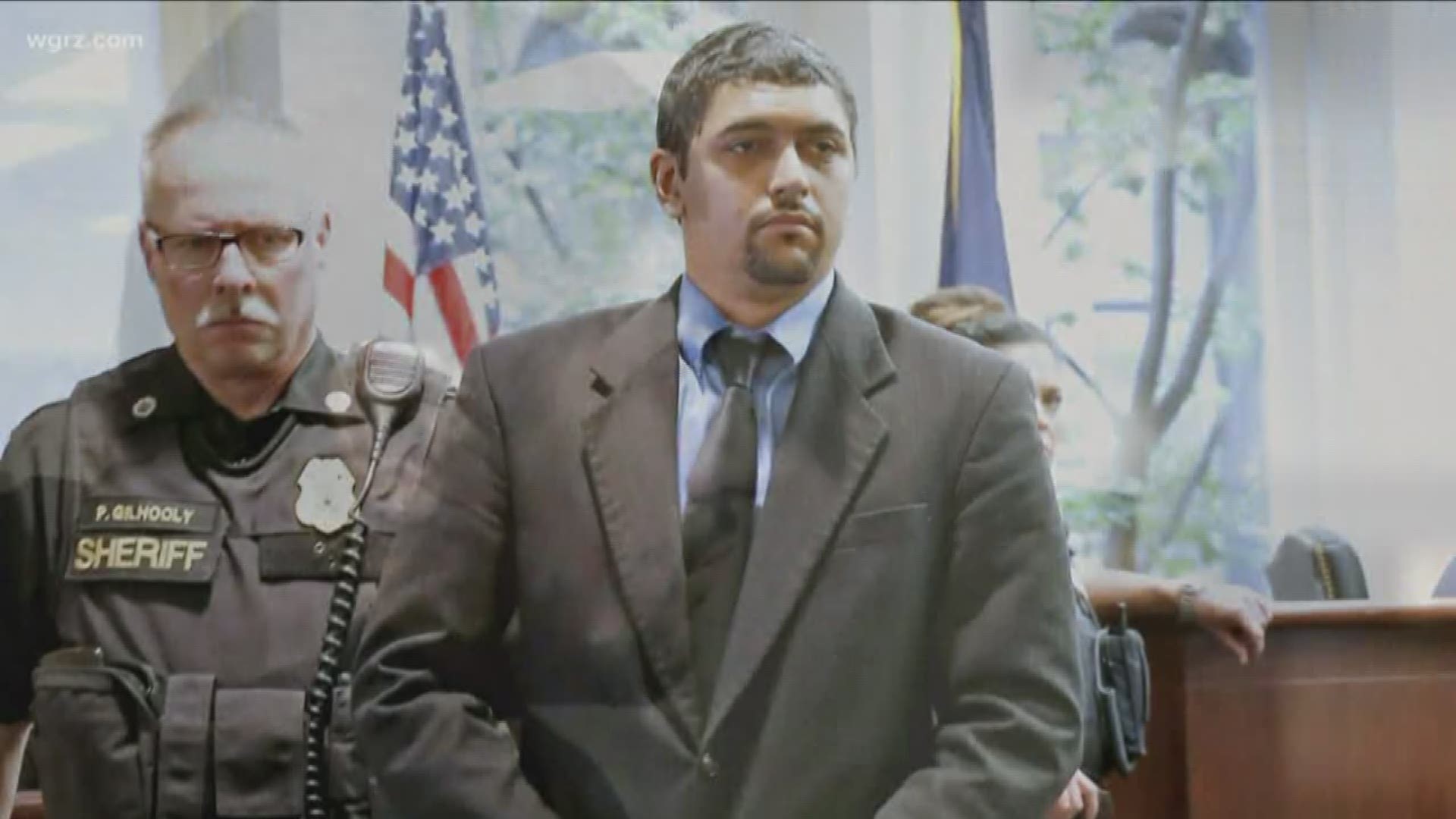 BUFFALO, N.Y. — The jury has found a man accused of setting his ex-girlfriend on fire guilty.

Jonathon White, 28, was found guilty of attempted murder and assault. He set his ex-girlfriend, Jessica Cameron, on fire outside a Tim Hortons last December in the City of Tonawanda.

"I'm disappointed, but this is the way the system works, and we'll be filing an appeal the day that he's sentenced on January third," says defense attorney Joseph Terranova.

Late Friday, the jury asked the judge for clarification on the definitions of intent and the attempted murder charge.

But within minutes, the jury delivered its guilty verdicts.

"His intent of doing harm, thinking about that, executing on that harm by dumping it over her head and lighting her on fire, rises to a level of evilness that screams for 25 years here. It's just ridiculous to think of anything less than 25 years here," says Flynn.

Shortly after jurors started deliberating, they sent three notes to the judge. One note asked to see the video surveillance footage, another note asked for cross-examination and redirect testimony of White, and the third note asked to see images of the scene showing the backpack. State Supreme Court Judge Mark Montour sent a note back asking the jury to clarify what specific transcripts, images, and video they would like to see while they continued to deliberate.

During his closing arguments, Defense Attorney Joseph Terranova addressed the jury saying, "My job is to point out to you what those reasonable doubts may be."

Terranova points out the jury did not hear from the forensic chemist who originally tested the evidence for ignitable fluids, saying a substitute gave testimony instead after reviewing the initial report.

Kaitlin Drollette is the forensic chemist for the Erie County Central Police Services. Drollette was not the chemist who originally tested the items. She reviewed the report from another chemist who was not able to appear in court to testify because she recently gave birth and was on maternity leave.

Terranova says the gas cans found at White's residence were not fingerprinted, despite being used by prosecution to link White to the crime. "They cannot be linked to my client other than they were out in the open at his residence," said Terranova.

Terranova also said a piece of "key evidence," the white BIC lighter, was never produced for the jury, and that police testified during the trial that the lighter had not been tested to see if it worked.

Terranova told the jury that they are not here (in court) to decide if Jessica Cameron was horribly burned and disfigured, but whether it was his client's intent to kill her by pouring gasoline on her and setting her on fire.

"Your job as jurors is to decide this case on the facts and the law without sympathy," Terranova said to the jury before concluding.

In the prosecution's closing arguments, the jury heard the fire described as an "ambush", not an accident.

The prosecution also pointed to body cam video where Cameron said White poured gasoline on her and lit her on fire.

“Everything you need to know to find this defendant guilty is in those 20 seconds,” the prosecution said to the jury.

The prosecution also told jurors that White's injuries are not consistent with someone claiming to be burned to the degree he claims.

“Regret, even if genuine, does not negate intent,” argued the prosecution.

During the trial, jurors heard from police officers who arrived on scene after the 911 call was made, as well as investigators, hospital officials and co-workers of Cameron.

Cameron herself took the witness stand on Thursday and provided emotional testimony of her relationship with White and the events of that day in December.

Cameron testified she knew something was not right when she noticed an apple juice container by the dumpster. When she asked White if he was going to hurt her, she said he responded "yes."

She said White took that apple juice container, opened it and poured the entire contents over her head. She said she could smell gasoline as the liquid was poured over her head.

Cameron said she was initially in shock and that once she turned around, she was on fire. The first thing she noticed was the heat and burning pain everywhere.

Cameron sustained extensive burns to her face, head, and hands. She spent several months in the burn unit at ECMC and is still recovering from her physical injuries.

White claimed he did not intend to set Cameron on fire, he said he intended to set himself on fire.

White says at some point, the lighter went off and sparked.  His attorney asked, "But your hair wasn't damaged?" White responded by saying, "my head was literally on fire."

White faces 25 years in prison when he's sentenced in January.