The teacher, Peter Hingston, 59, of Amherst, was arrested by the FBI Thursday. 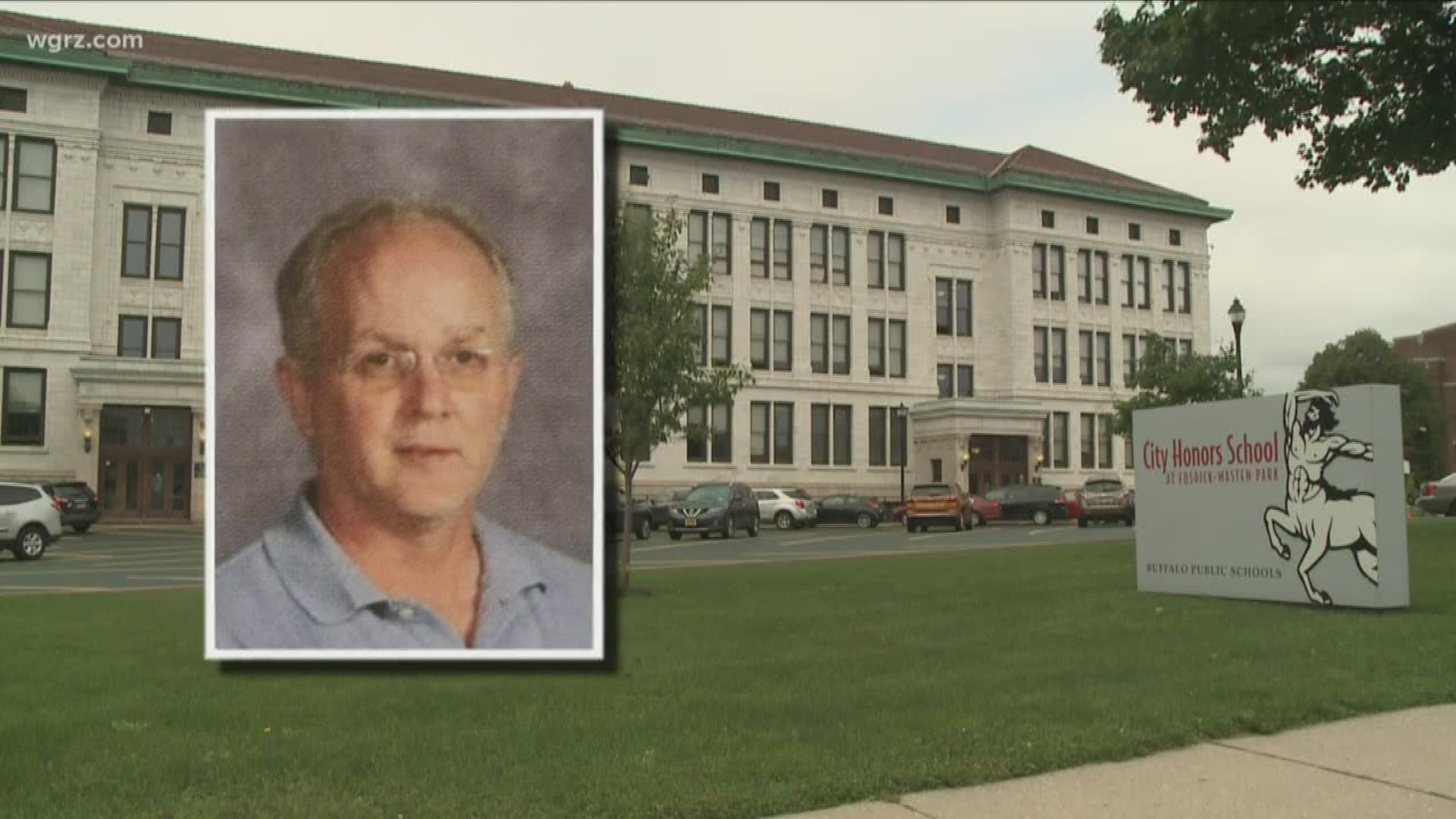 The teacher, Peter Hingston, 59, of Amherst, was arrested by the FBI Thursday.

Investigators say the Buffalo Police Department was investigating an incident related to the possible production of child pornography involving Hingston.

Hingston, who is a middle school technology teacher at City Honors, was observed using a GoPro camera to photograph and record female students in a sexually, inappropriate way, according to the complaint.

Multiple students came forward about Hingston's alleged use of the GoPro during class. Investigators say they examined Hingston's GoPro and discovered videos of Hingston exposing himself and using the minor victims in a sexually explicit manner.

“For the second time in two weeks, we are charging a Buffalo school teacher with a very disturbing crime,” stated U.S. Attorney John P. Kennedy. “As parents, we trust that teachers will help to educate and shape our children. Where teachers violate that trust and seek to exploit our children to satisfy their own twisted desires, this Office, together with our partners in law enforcement, will do everything that we can to remove such predators. I want to commend the students at City Honors who had the courage and maturity to say something when they saw something.”

“The Hingston investigation reminds us to continue empowering our children to speak up and share what they see,” said Gary Loeffert, Special Agent-in-Charge of the FBI's Buffalo office. “The criminal complaint describes student witnesses expressing valid concerns about Hingston's unusual behaviors in the classroom. The school in turn reported his actions to the Buffalo Police Department, and Buffalo Police reached out to the FBI Child Exploitation Task Force. The students' voices are the reason Hingston is not teaching middle school students right now in a Buffalo public school classroom.”

Michael DiGiacomo, an Assistant U.S. Attorney, added, "When you send your kid to school for eight hours a day, you are under the belief that when you put them on the bus and they go to school that they are being protected by individuals who are their teachers in those classrooms. You don't expect a teacher to engage in the conduct of which Mr. Hingston is accused of doing."

Kennedy told 2 on Your Side often times child predators try to put themselves in a position of trust, where they realize they'll have access to children. He said the penalties are severe in order to keep predators away from young people.

If convicted, Hingston faces a maximum penalty of 40 years in prison.

On June 17th, 2019, a student of City Honors School (CHS) reported to an assistant principal that a technology teacher was surreptitiously taking pictures of them in class, which made the student uncomfortable.

The assistant principal informed the principal, who then contacted 911, and notified Buffalo Public Schools’ Human Resources Office (HR). HR immediately placed the teacher on administrative leave. The District has been cooperating with local law enforcement and the Federal Bureau of Investigation (FBI) in the investigation of this matter.

Today, the FBI informed the District that they have made an arrest of the teacher, Peter Hingston, for charges including sexual exploitation, attempted sexual exploitation, and material that may involve child pornography. Parents of CHS have been informed about who to contact at the FBI if they believe their child may be a victim. Additional crisis counselors will also be available at the school for the next several days.

It is inexcusable for any staff to endanger or harm children in any way. The uncompromised safety of our students is always our first priority.

If anyone has any information related to this case, or feel they may have been a victim of Hingston, they are asked to call the FBI at: 716-843-1616.  You should leave a message and a telephone number.