His legal team says he 'has additional risk factors, which place him at a high risk of contracting and suffering severe illness from COVID-19 if exposed.' 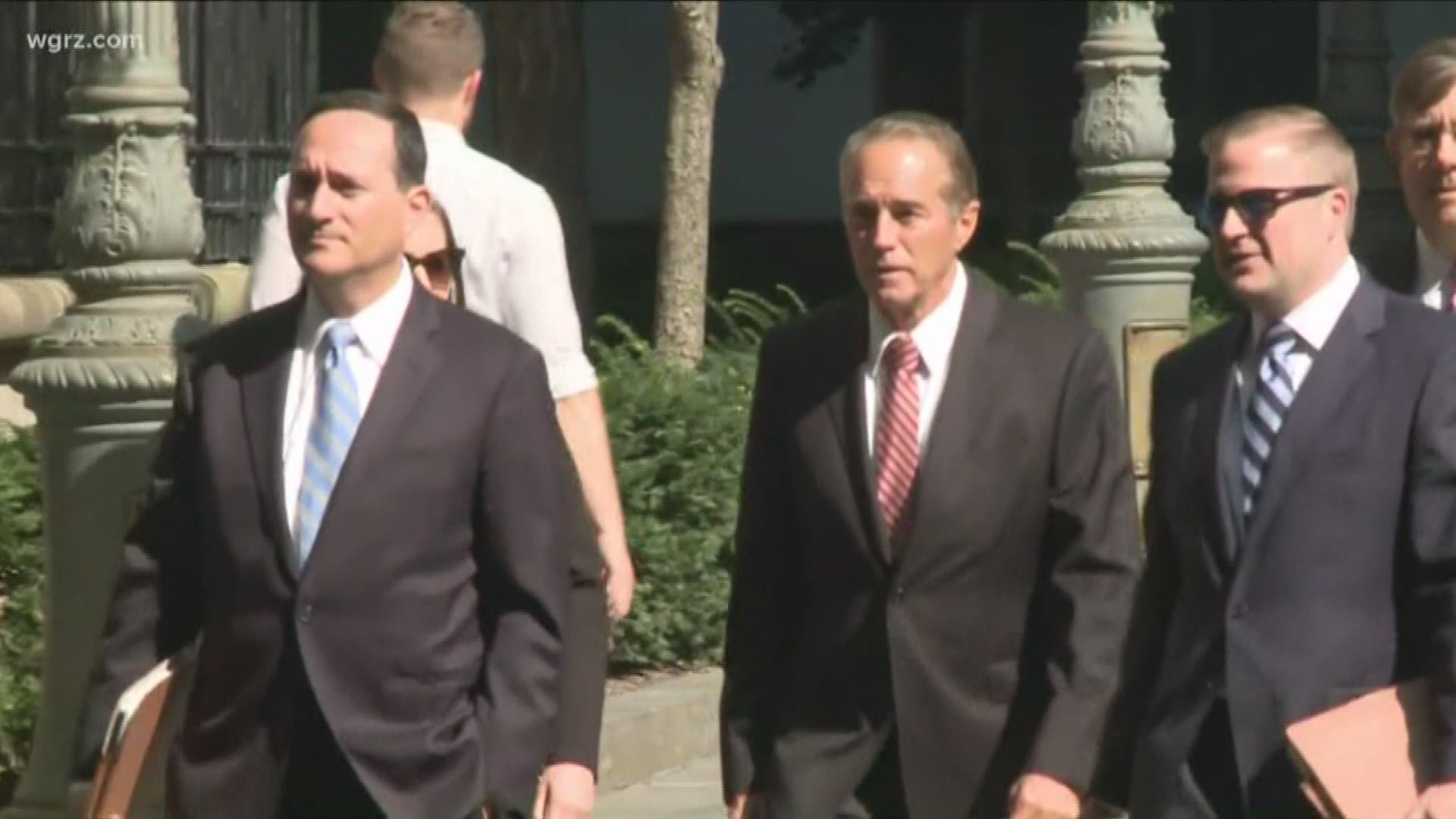 BUFFALO, N.Y. — On Thursday, a judge granted former Congressman Chris Collins' request to push back the start of his prison sentence because of the coronavirus pandemic.

Barring anything else, Collins is set to start of his sentence June 23.

The legal team for Collins, Baker Hostetler, said in paperwork filed Wednesday that "Mr. Collins is older than 65 and has additional risk factors, which place him at a high risk of contracting and suffering severe illness from COVID-19 if exposed to the virus."

The document goes on to say that "it would be particularly dangerous for an elderly person with underlying health conditions" such as Collins to report to prison now, during a nationwide pandemic.

Collins was accused of illegally leaking confidential information about a biopharmaceutical company to his son, Cameron, and Stephen Zarsky, the father of his son's fiancée. Collins was sentenced to 26 months in prison on January 17.

This is not the first time Collins has asked to push back the date where he reports to prison.

Earlier, the legal team for Collins asked for a five-week delay in starting his prison sentence, which was approved by Hon. Vernon S. Broderick. He was supposed to report on March 17, but it was pushed back to April 21.

The paperwork, filed by Baker Hostetler, said at the time that Collins "has not yet been processed into the (Bureau of Prisons) system," adding that there's normally a period of 30 to 45 days for someone to be designated for prison.

"However, with only 18 days until Mr. Collins' original report date, it appears that there is a significant risk that designation will not occur in time," according to the paperwork.