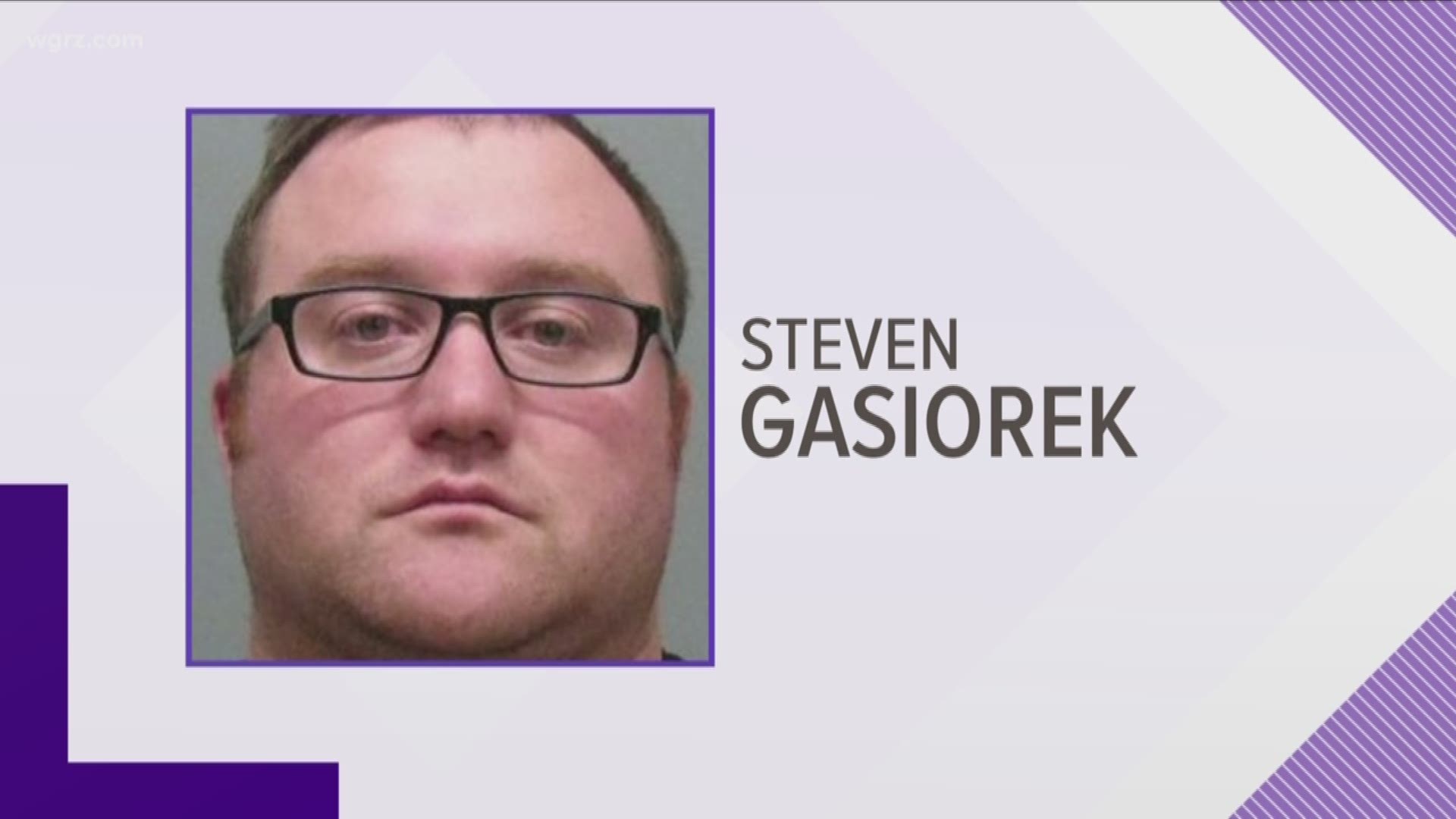 CHEEKTOWAGA, N.Y. — U.S. Attorney James Kennedy announced the arrest of a substitute teacher and coach in the Cheektowaga-Sloan school district.

Kennedy says the teacher is accused of trying to gain nude pictures of minors through social media.

Steven Gasiorek, 33, of Sloan was arrested Tuesday morning and will be arraigned in federal court. He is charged with possession of child pornography.

Investigators say police in Virginia contacted Cheektowaga Police regarding a 14-year-old male who had been communicating through the social media app Instagram with an individual using the account name "lexigurl1015."

This person was posing as a female in California. The victim thought "lexigurl1015" was a female and sent pornographic images of himself to that account.

Officials say they later determined that "lexigurl1015" was Steven Gasiorek.  A search warrant was executed on Gasiorek's home, where more evidence was recovered.

According to the school district's website, Gasioriek coached baseball, JV football and basketball.

Cheektowaga-Sloan Superintendent Andrea Galenski released a statement to 2 On Your Side:

“The district has been made aware of the situation and allegations. Immediately upon hearing this he is no longer in any of our buildings. Please know that the district is fully cooperating with authorities and evaluating the next steps.”

Investigators say this may have been going on for several years and that there may be more victims out there.

"The subsequent investigation suggests that the defendant had been engaged in this pattern of behavior for a number of years and may have victimized a number of minor victims" Kennedy said.

They are asking the public for assistance in locating possible victims not only in Western New York but across the country. If you have any information about this case you're asked to contact the FBI task force at (716) 843-1616.