The last time someone broke into the Beast Elite Ducks football team's hut was before COVID. They never found who did it. 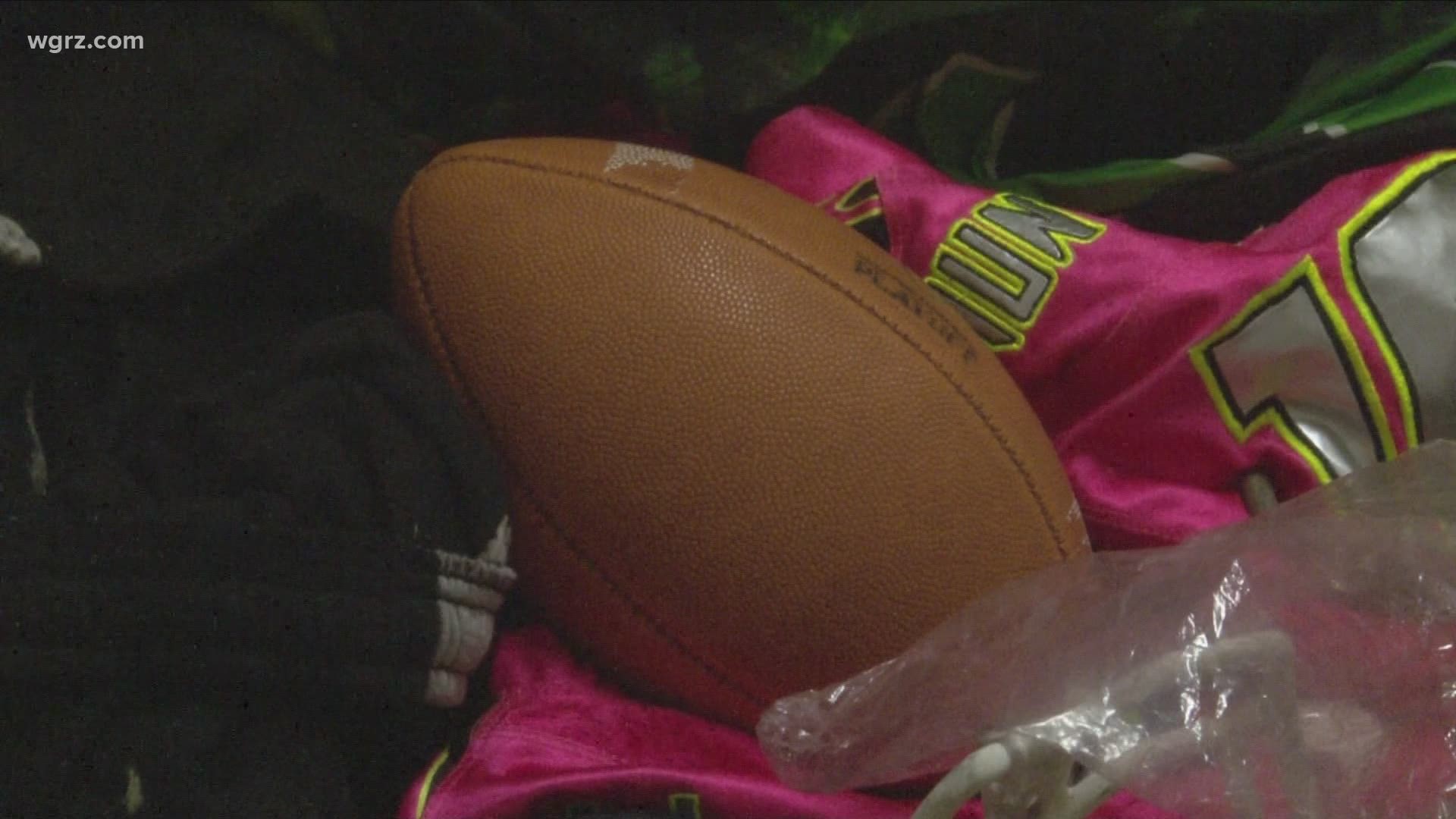 BUFFALO, N.Y. — For a second time in a row, the Beast Elite Ducks football team's hut has been broken into at Emerson Park. Not only were things stolen, but so was the video, which would help to find whoever the burglars are.

"We're the first team in Buffalo to have our park permit approved. We got our keys after that. Went to the hut and walked into a disaster," said Douglas Hunt, the vice president of the team.

Buffalo Police say the hut was broken into on April 29 and that they are investigating.

Everything from pipes to a TV, equipment and uniforms were stolen. The hut was also broken into right before COVID began last year but the burglars were never found.

Stacey Grant has two sons who play for the team and wishes the burglaries would stop.

"I was devastated. It seems like tragedy keeps occurring to this team," Grant said.

She says one of her sons had a hard time finding a jersey for the scrimmage because of all the uniforms stolen.

Hunt says coaches decided not to tell the kids about the break-in. They've already had to deal with the last one, the COVID pandemic, and one of their coaches was killed two years ago.

As for what's next?

If you would like to help out the Beast Elite Ducks football team in some way, you can email them at beasteliteducks8@gmail.com.