Buffalo woman charged with spitting on postal worker, claiming she has COVID-19

The incident happened last month at a post office in Cheektowaga 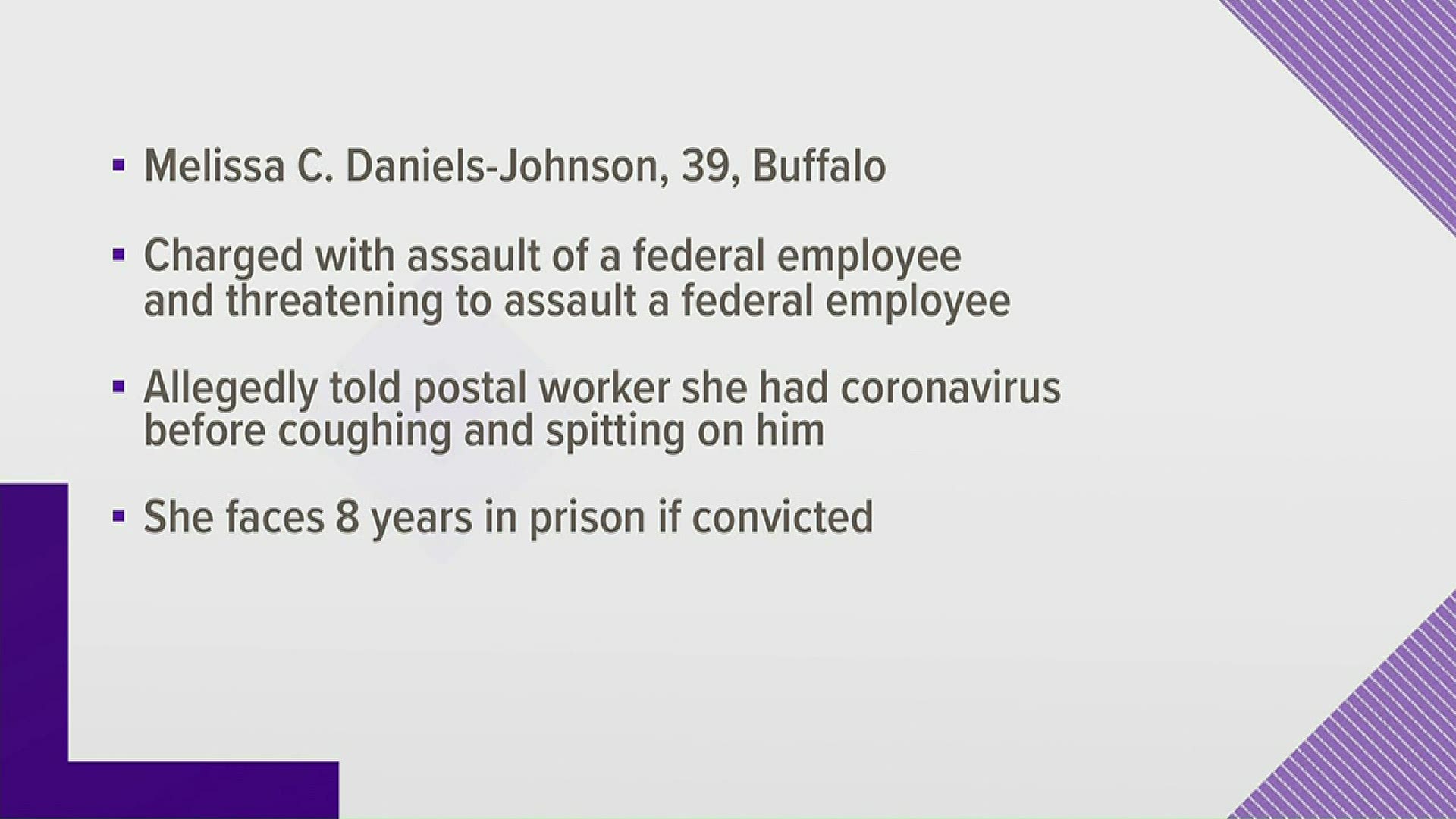 BUFFALO, N.Y. — The US Attorney announced Tuesday that federal charges will be brought against a woman who allegedly spit on a postal worker and claimed that she had COVID-19.

On March 19, Cheektowaga Police said a mail carrier was verbally assaulted and spit on by Melissa Daniels-Johnson, of Buffalo, at the Cheektowaga Post Office.

Authorities say the unidentified man was collecting mail from the blue mail boxes at the post office, when Daniels-Johnson drove through the parking lot. The mail carrier told Daniels- Johnson she entered the parking lot the wrong way and she became became aggressive and abusive to the mailman, according to investigators.

Authorities said Daniels-Johnson claimed she tested positive for COVID-19 before spitting at the mail carrier. The man shielded his face and spit got on his clothing.

U.S. Attorney James P. Kennedy said that people serving the community during the pandemic deserve respect and that he has their back.

“For a person to spit on a public servant is beyond vile and disgusting—it is criminal. No matter who they are or what they do, the brave men and women who continue to serve others during this pandemic deserve our respect, admiration, and protection," Kennedy said in a statement. "Whether doctors, nurses, police officers, grocery clerks, letter carriers, transit workers, or anyone else providing an essential service, my message to you is simple, you have our thanks, and we have your backs.”

Daniels-Johnson is scheduled to make an initial appearance in federal court on April 27. If convicted, Daniels-Johnson faces a maximum of eight years in prison for assault of a federal employee.

RELATED: More than one-third of the COVID-19 related deaths in Erie County are in nursing homes

RELATED: COVID-19 related deaths on the rise in Erie County