ATVs and unregistered dirt bikes are illegal to ride on City of Buffalo streets. BPD has been taking extra steps to combat the problem. 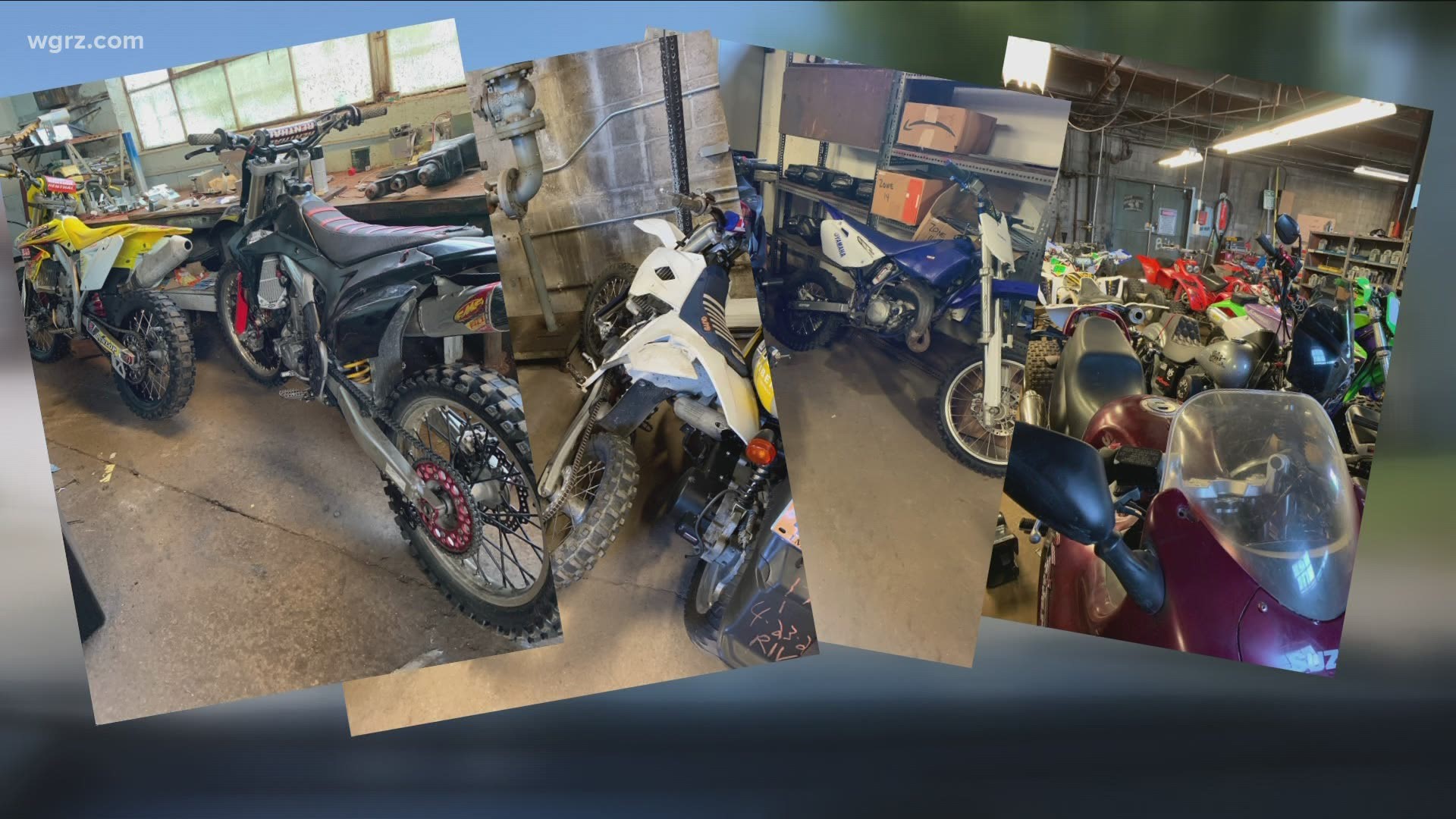 BUFFALO, N.Y. — More than two dozen ATVs were seized in the City of Buffalo on Sunday afternoon.

The Buffalo Police Department and New York State Police took part in a joint operation to crackdown on the illegal vehicles.

Part of the operation involved a State Police Helicopter, which was able to track and follow riders no matter where they went in the city.

“You cannot outrun a police radio, a video surveillance camera or a helicopter. You just can’t do it,” said Buffalo Police Captain Jeffrey Rinaldo.

In a Facebook post, Buffalo Police said three people were arrested, 31 vehicles were impounded, and 40 individuals were issued court summonses.

So far this year a total of 89 of these small vehicles have been seized in Buffalo.

ATVs and unregistered dirt bikes are illegal to ride on City of Buffalo streets. The Buffalo Police Department has been taking extra steps to combat the problem.

Rinaldo says the crackdown on these illegally operated ATV's and dirt bikes will continue throughout the holiday weekend and on through the summer.

2 On Your Side plans to follow up on this story and continue reporting on the issue of illegal ATVs.