The officer, 29-year-old Jonathan Negron, was taken by a police vehicle to ECMC, where he is listed in critical condition with severe head trauma. 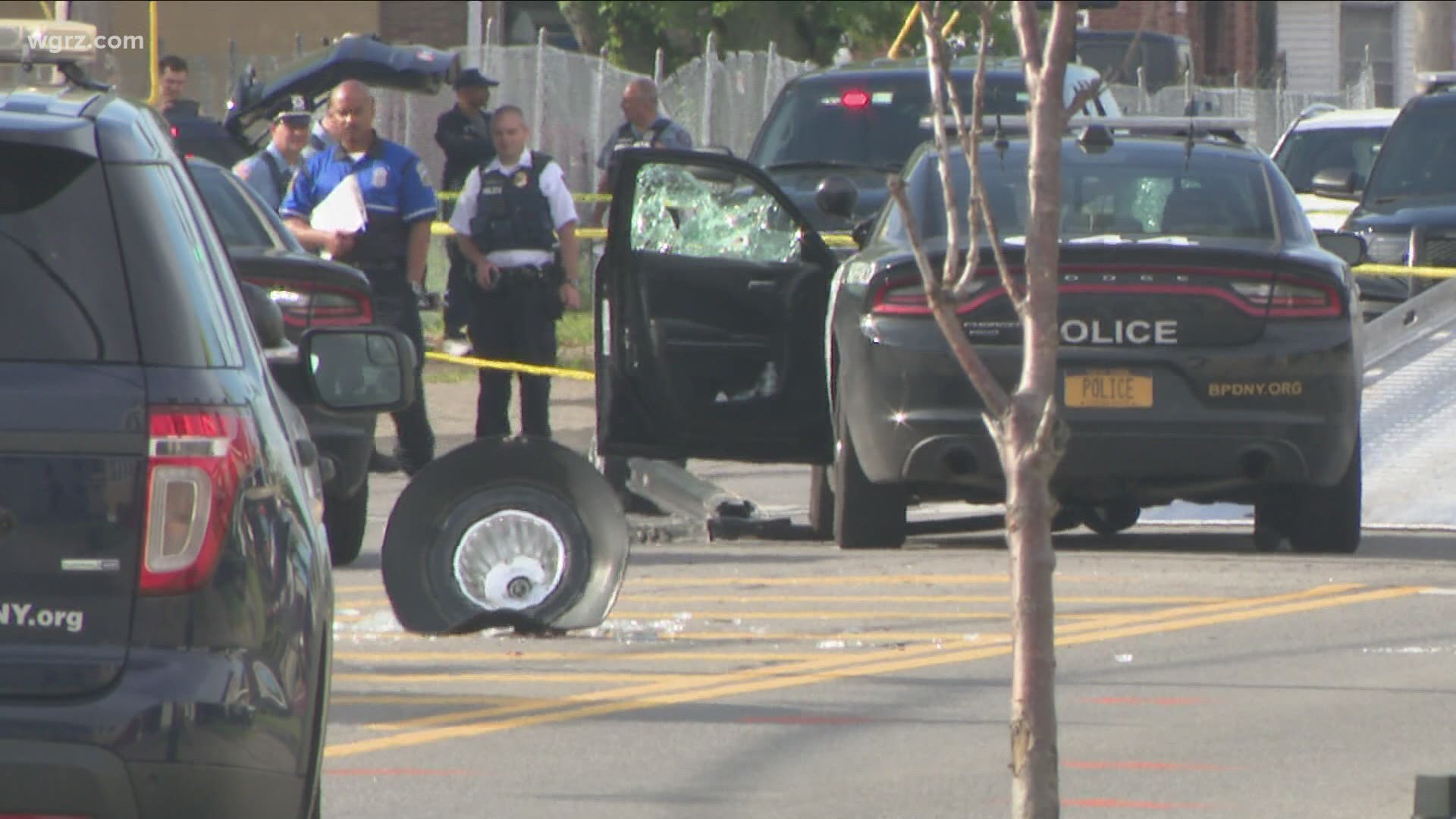 CHEEKTOWAGA, N.Y. — A 29-year-old Buffalo Police Officer, Jonathan Negron, has been seriously injured in an incident on Harlem Road.

Buffalo Police Captain Jeff Rinaldo tells 2 On Your Side that a call came in just before 1 p.m. Thursday of a white vehicle with four males with a gun.

An officer from the C-district spotted the vehicle on Genesee Street and attempted to stop the vehicle.

The light pole came down, striking the driver's side of the police cruiser.

Buffalo PBA President John Evans told 2 On Your Side Negron joined the police department in 2019 and has a fiancée and a young son who are both praying for his recovery.

Our thoughts and prayers are with Officer Jonathan Negron tonight after he was seriously injured while on duty earlier today. Thank you to those officers who came to Officer Negron’s aid for your heroic actions.

Evans also credited the quick actions of responding officers who likely saved Negron's life and added that the public has shown tremendous support.

Officer Negron was taken by a Buffalo Police vehicle to Erie County Medical Center, where he is listed in critical condition with severe head trauma and is unconscious. He is in the Trauma Intensive Care Unit unit, Rinaldo said.

The four people from the vehicle were arrested. None of the four were injured, and Rinaldo added that they all exited the car and attempted to flee the scene.

Buffalo Police did not initially reveal the name or age of the officer who was injured, nor the four people who were arrested, during a news conference Thursday afternoon.

K9s were brought in to search for evidence at a nearby cemetery, and a crash reconstruction unit was on the scene.

Harlem Road was closed between Cleveland Drive and Route 33 as crews searched for evidence and studied the scene.