Police were called to 10 7th Street just after 5:30am Monday for a report of a person shot. 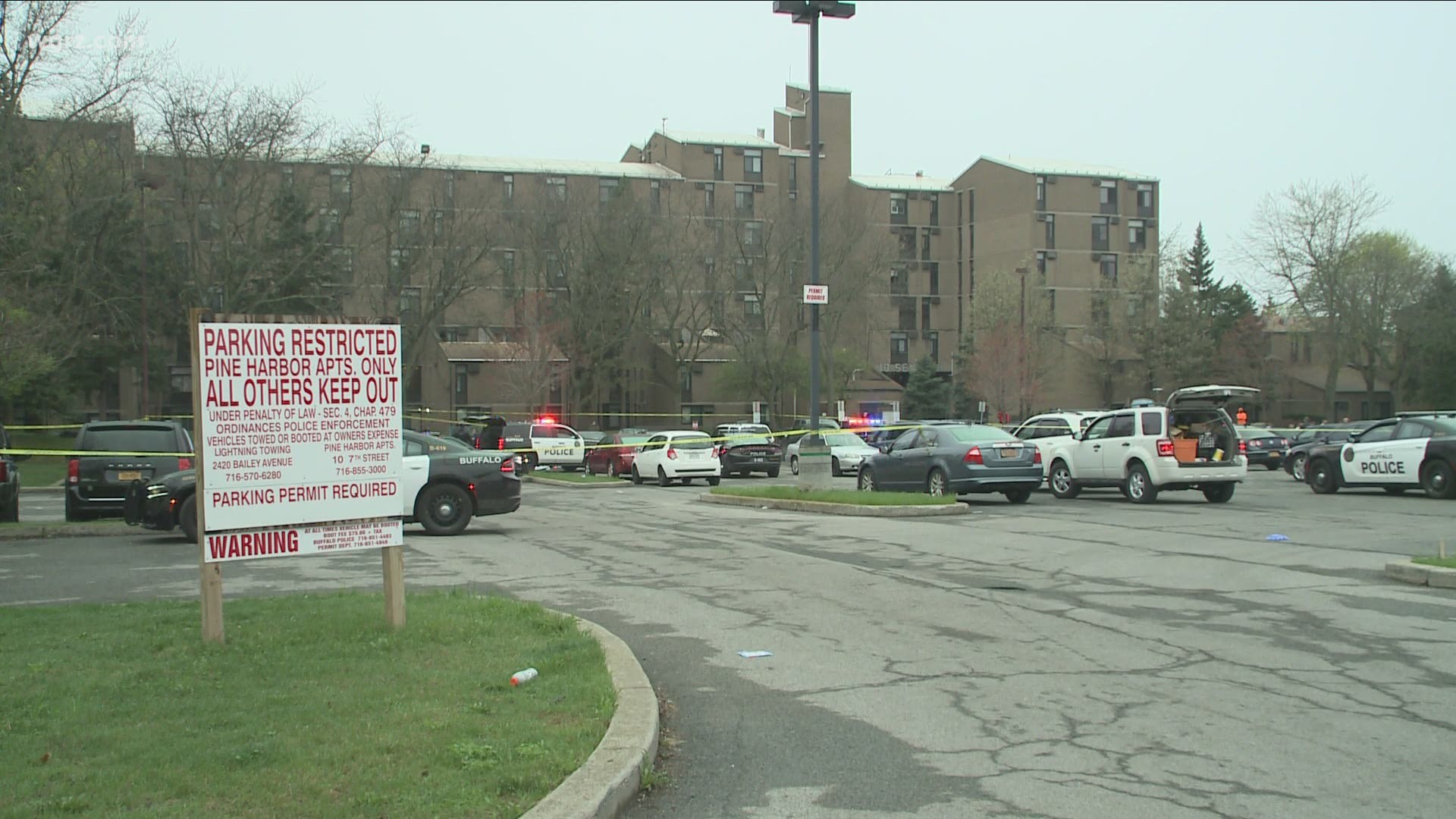 BUFFALO, N.Y. — Buffalo Police are investigating an early morning shooting that left one man dead on the city's lower west side.

Police were called to 10 7th Street just after 5:30 am Monday for a report of a person shot.

Officers found a 24-year-old man in the parking lot who had been shot and killed.

Buffalo Homicide Detectives, along with the Intelligence Unit, are investigating the shooting.  Anyone with information is asked to call or text the confidential tip line at 716 847-2255.

B District officers responded to a shooting call at 5:40 am in the area of 10 Seventh Street. Officers discovered a male victim who had been shot in a parking lot. The victim was pronounced dead on scene. Homicide detectives are investigating.

The homicide is the 23rd in the city so far this year and part of a violent few days in the city.

A man went to the hospital in serious condition after a shooting Saturday night in Buffalo's Schiller Park neighborhood, and police are still investigating three separate shootings across the east side Friday morning, two of them deadly.