A City of Buffalo spokesperson says at least 15 people were sent to the hospital. 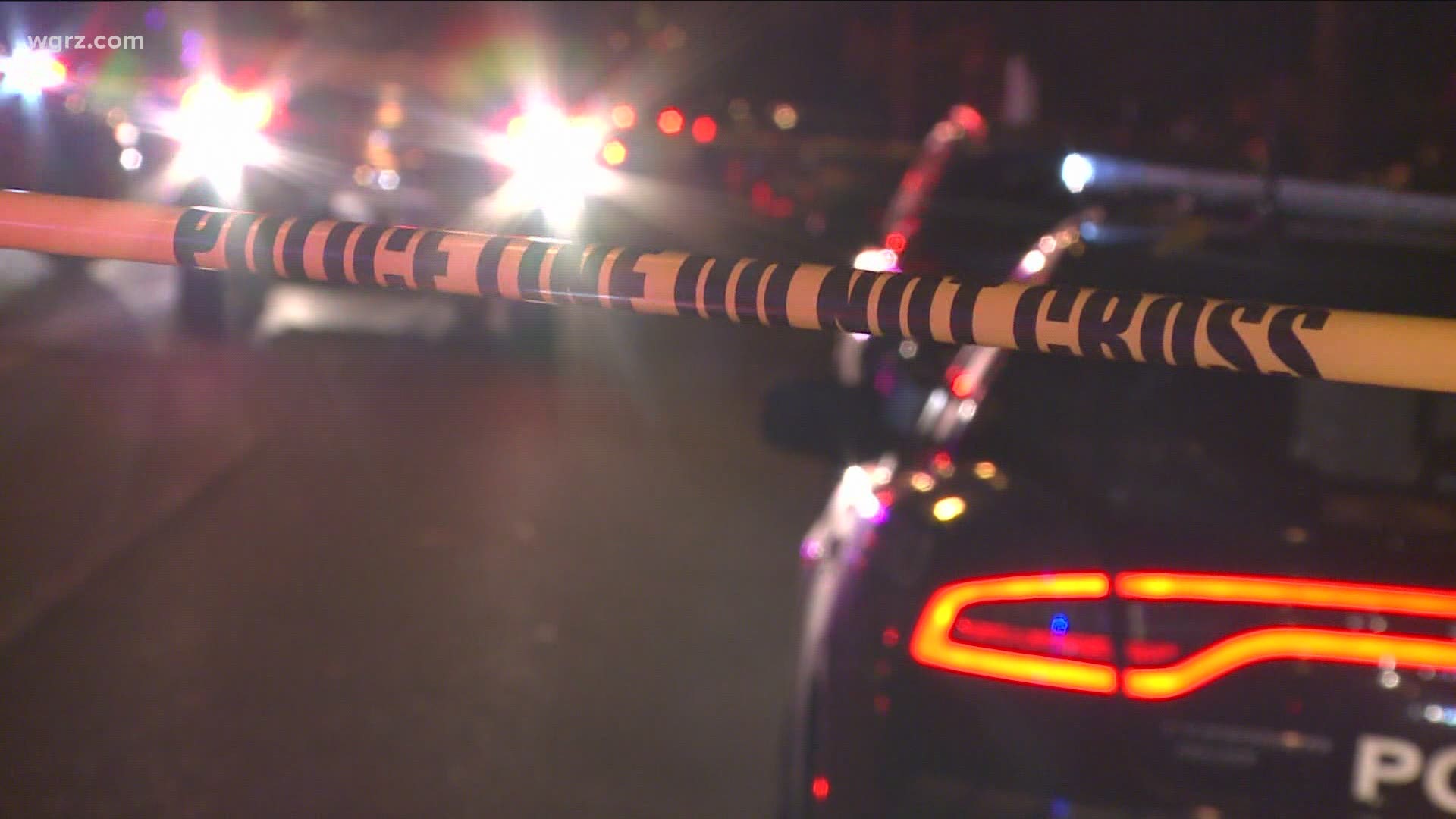 BUFFALO, N.Y. — The Buffalo Police Department is investigating 11 shootings throughout the City of Buffalo over the holiday weekend. Each shooting had at least one victim and happened throughout the city.

Clinton Street - BPD detectives said a 19-year-old Hamburg woman was shot in the leg while standing outside in the 1200 block of Clinton Street, between New Babcock Street and Scoville Avenue on Saturday morning.

Butler Avenue -  Buffalo Police were called to the 100 block of Butler Avenue just after midnight Saturday morning. Police say a 46-year-old Buffalo man was shot during some kind of outdoor gathering.

Cambridge Avenue - Two men are listed in stable condition after they were shot Saturday afternoon near the Delavan Grider Community Center.

Beverly Road - A 25-year-old Buffalo woman was taken to ECMC after she was shot early Sunday morning at a house party in the first block of Beverly Road.

Woeppel Street -  A man was listed in stable condition after he was shot Saturday night in an apartment on Woeppel Street.

Tifft Street and Hopkins Street - Police say a 33-year-old Tonawanda man arrived at Mercy Hospital in a personal vehicle around 1:20 a.m. He had been shot near Tift and Hopkins streets.

Strauss Street - A 25-year-old Amherst woman was shot in a drive-by shooting in the 200 block of Strauss Street around 9:30 Saturday night.

Olympic Avenue and Warwick Avenue - BPD detectives said two Buffalo men aged 25 and 38 are in serious condition at ECMC after an overnight shooting Monday morning near Olympic and Warwick avenues.

Back to Basics Ministry and Buffalo Peacemaker Pastor James Giles believes the pandemic is behind the increase in violence. He said cities across the nation are seeing the same uptick.

Pastor Giles also mentioned homicides were on a downward trend in 2018 and 2019 in Buffalo.

Sadly, shootings continue in the City of Buffalo. If you have information about a shooting, please help #StopTheViolence by providing ANONYMOUS tips to Crime Stoppers. You may be eligible for a cash reward of up to $7,500 paid ANONYMOUSLY.

2 On Your Side asked Giles what can be done to curb the violence in the city. Giles responded, "Law enforcement agencies, the ATF, the FBI, local county, the sheriff's, the state, they have to begin to develop strategies and working with neighborhood states to stop the guns from flowing into our community."