The violent weekend comes at a time when shootings in the City of Buffalo are up 100 percent compared to this time a year ago. 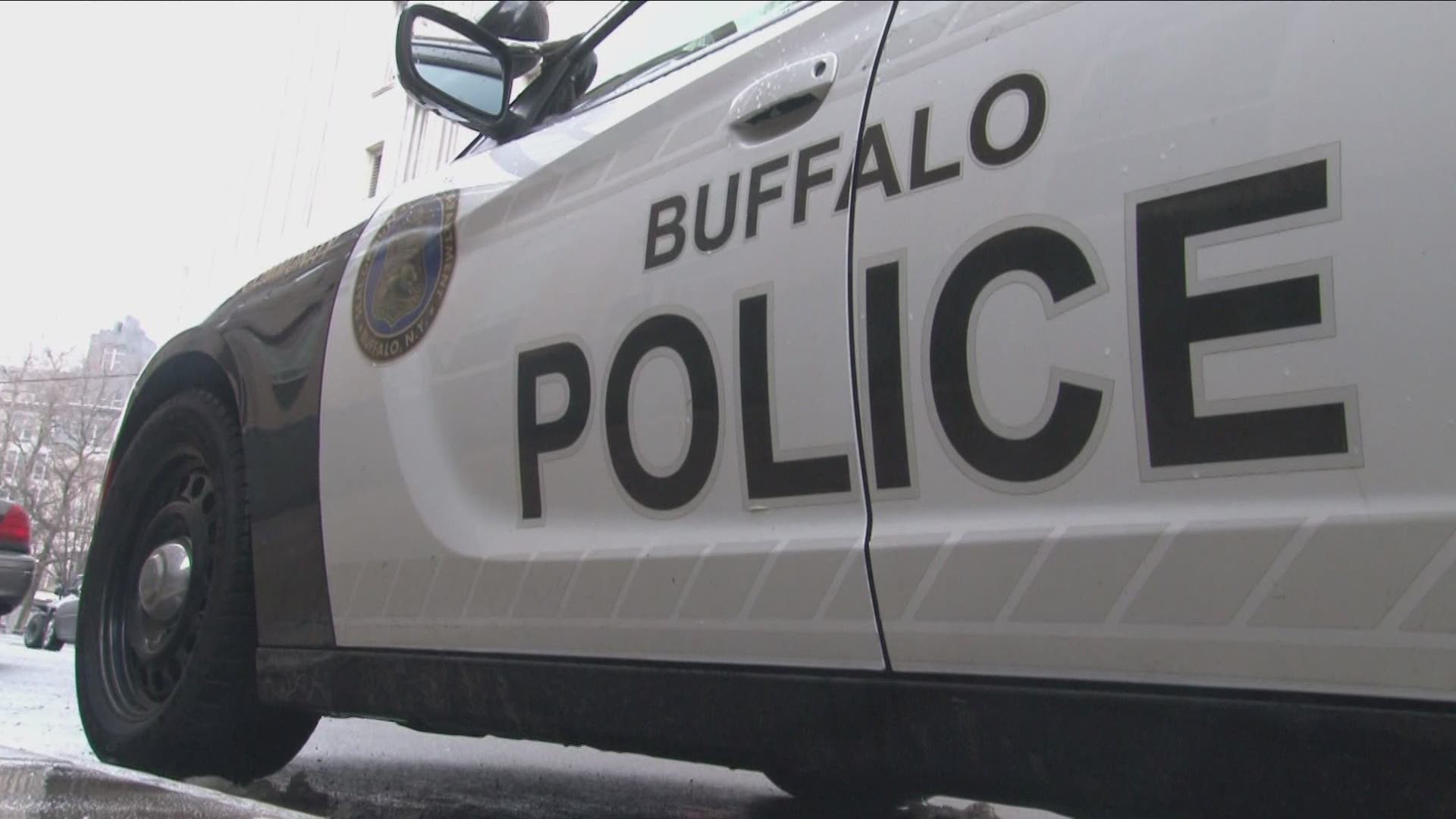 BUFFALO, N.Y. — There’s already a disturbing trend of shootings up in the City of Buffalo and just from over the weekend, three shootings have left three people injured and one man dead.

Two of those shootings, both of them on Saturday, are pretty close to each other and that has led police to investigate whether the second shooting was retaliation.

Early Saturday morning, a 48-year-old man was shot on Strauss Street that’s near MLK Park. He's now in critical condition. Then, on Saturday evening, a short distance away on Sweeney Street, two people were shot -- one of the victims, a 23-year-old man has died.

A holiday weekend turning into devastation for families impacted.

2 On Your Side's Jeff Preval asked, "How are you balancing the COVID restrictions and the need to intervene in these situations and protect members of the community?"

"We’ve seen the ability to kind of resume our custom notification process that’s when officers will pay a visit in-person to people who are starting to head down the wrong path," Rinaldo said.

And the third shooting involves a 29-year-old man from Amherst who was randomly shot in their car on Jefferson Avenue. The last update we got from police said that man was in stable condition.

The violent weekend comes at a time when shootings in the City of Buffalo are up 100 percent compared to this time a year ago.

"We’ve talked about bail reform, we can tell you that people have been arrested with guns on Monday have been shooting victims on Tuesday and vice versa that’s definitely played a part in this," Rinaldo said.

Seventeen people have been killed so far this year.

"We saw a large spike in our shooting numbers last year, which is in line with other communities not only throughout New York State, but kind of across the country," Rinaldo said.

If you have any information on any of the shootings police are asking you to call the department's confidential tip-line at (716) 847-2255.