According to Buffalo Police, two men and a woman are in stable condition after being shot early Sunday morning on Ellicott Street. 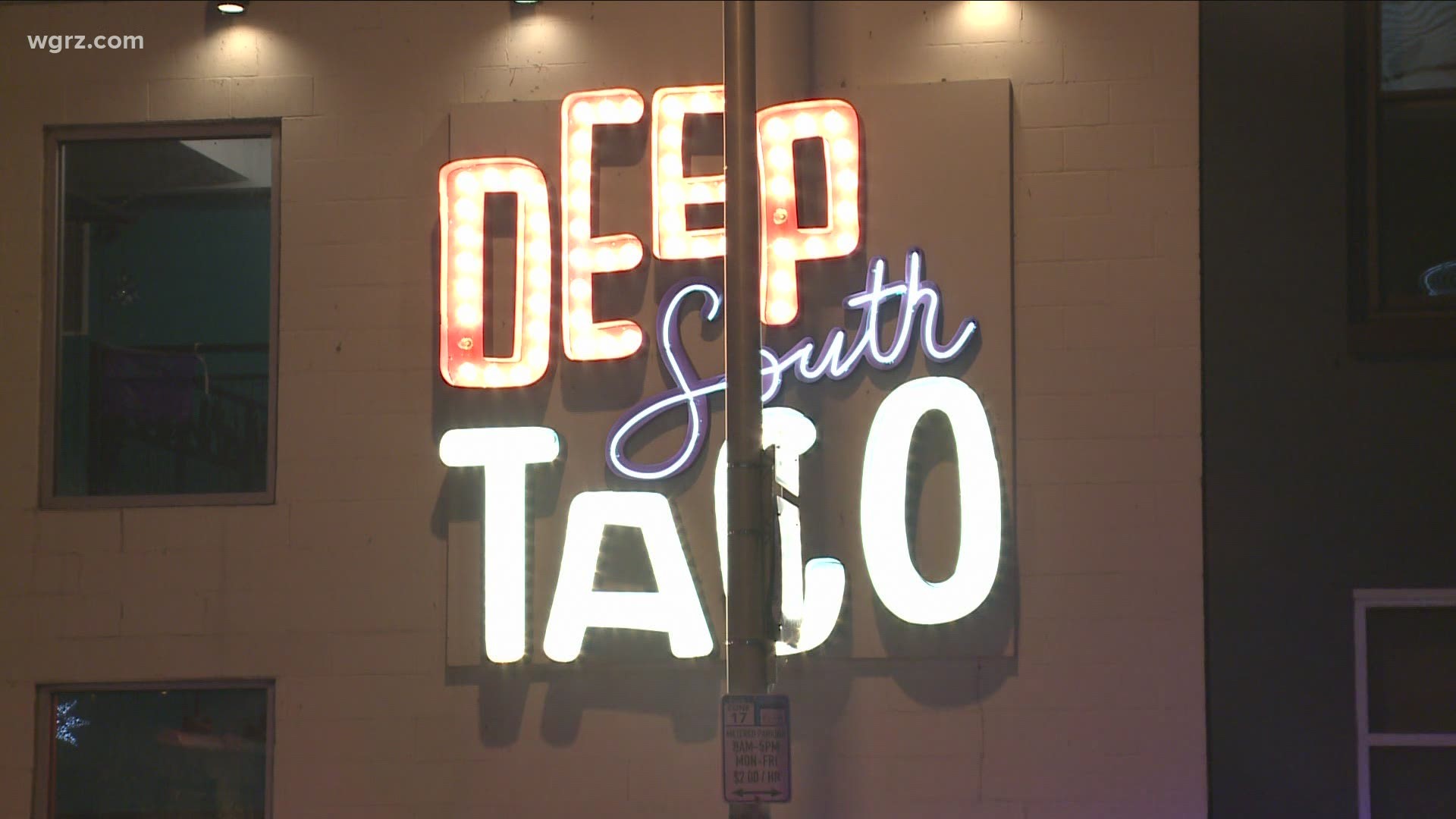 BUFFALO, N.Y. — Three people are recovering at local hospitals following a shooting early Sunday morning outside of Deep South Taco on Ellicott Street in the City of Buffalo.

According to Buffalo Police, a 28-year-old Cheektowaga man, a 32-year-old Buffalo man and a 21-year-old Buffalo woman arrived at ECMC and Buffalo General in personal vehicles around 12:30 a.m. All three had been shot.

Detectives say the shooting happened during an argument and fight involving several people outside of Deep South Taco. The fight allegedly started in connection to an attempted robbery.

A Buffalo Police spokesperson told 2 On Your Side that one of the three people who was shot had attended a house party on Beverly Road earlier in the night, where a 25-year-old woman had been shot.

All three individuals who were shot on Ellicott Street are now listed in stable condition.