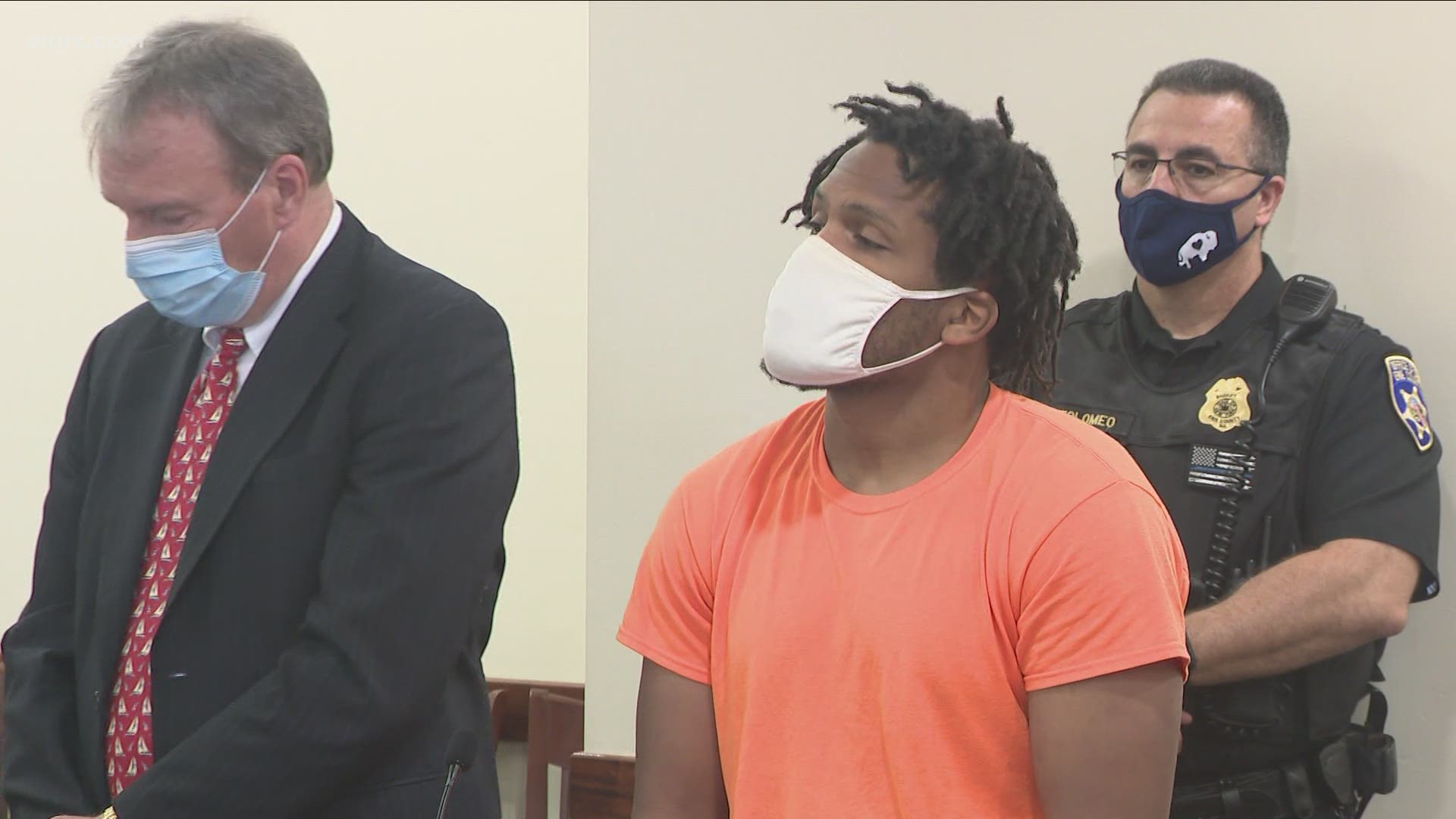 BUFFALO, N.Y. — A 26-year-old Buffalo man has pleaded guilty to murdering his mother and ex-girlfriend, according to the Erie County District Attorney's office.

Charles Jones admitted to stabbing his ex-girlfriend Jacquetta Lee, 25, numerous times inside her apartment on Main Street in the City of Buffalo. Lee was found dead in the bathroom of her apartment on Thursday, July 18, 2019. The District Attorney's Office says she was found three days after she was killed.

Now her family says the change in plea can help them to finally start getting some justice for their daughter.

"It's a start. It's a start and hopefully from here, it'll just become something better," said Lee's father Curtis. "Her love affected the entire family and the family is here now. They all love her and they all miss her but a life sentence still never replaces her life."

Jones also admitted to stabbing his mother, Alethia Atwood Williams, 52, numerous times inside her apartment on Jefferson Avenue in the City of Buffalo.

Jones was arrested in August 2019 after a standoff with police outside his mother's apartment. After his arrest, police found his mother stabbed and stuffed inside a closet. The District Attorney's Office says her body was found about two weeks after she was killed.

Jones pleaded guilty to two counts of murder in the second degree, class A-I felonies. He faces a maximum sentence of 50 years to life in prison.

“Charles Jones, while under investigation for the brutal killing of his ex-girlfriend, committed another heinous crime by murdering his own mother," said Erie County District Attorney John J. Flynn. "Both women were stabbed numerous times by this defendant who left their lifeless bodies in bloody crime scenes that were discovered days after their tragic deaths. I hope that the families of both victims feel that justice has been served by this defendant pleading guilty to all charges and our prosecutors requesting that he receive the maximum sentence for committing these gruesome crimes."

Jones is now saying one of his victims -- his mother -- abused him. He's requested a hearing under the Domestic Violence Victims' Act. It'll take place on September 20 at 9:30 a.m.

If the hearing comes out in Jones' favor it'll be up to Judge Sheila DiTullio to decide if there's a lower sentence.

"I can't say exactly how the numbers would play out if we conduct a hearing and the court finds mitigation," said Jones' lawyer, Robert Cutting. "Then an issue arises is whether the mitigation only applies to the second decedent or if it would apply to both, his girlfriend was killed earlier and his mother was killed afterwards."

"Surprised he came out with the plea like that. It was shocking actually because I didn't think he would submit to that," Lee said. "But at this point in time, he's ready to put on the show so to speak so let him put on the show and whatever comes of it will come of it but the truth is still here. He did admit to what he's done and that's the most important thing."