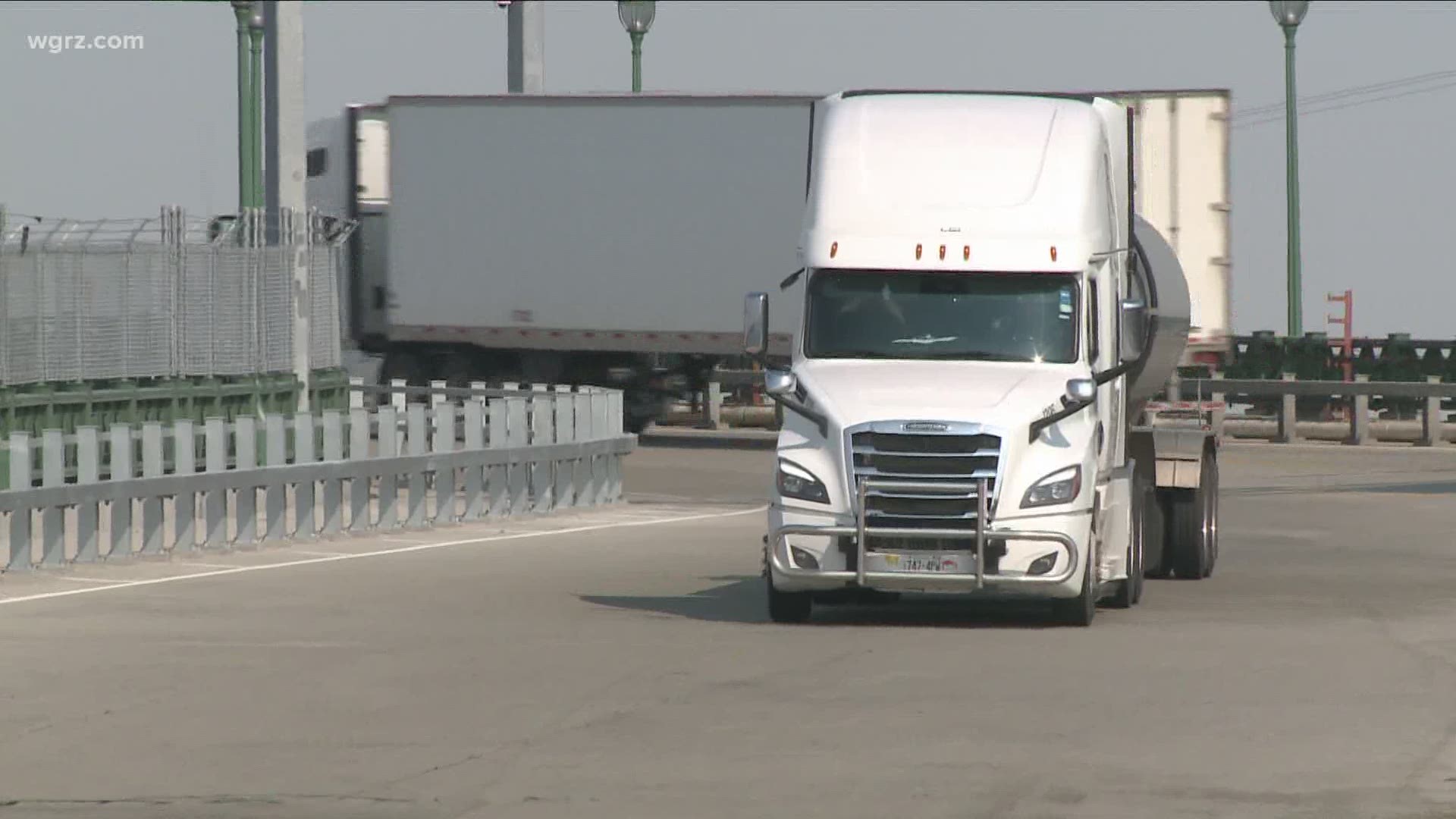 Some 2,500 to 3,000 tractor-trailer trucks cross the Peace Bridge from Canada into the United States each day.

Which ones are carrying black market Canadian marijuana?

“Our officers are trained, have inspection skills and gut instincts but we also have a lot of technology,” says Rose Brophy, director of field operations for the Buffalo Field Office for U.S. Customs and Border Security.

And the agency has needed all those tools.

In the past year, a whopping 40,000 pounds of highly potent Canadian cannabis has been intercepted at the Peace Bridge and the other border crossings in northern New York. This is more than at any other portion of the 5,500 mile border between the United States and Canada.

Why all this smuggling activity here?

Well-established truck routes are the answer. For all sorts of Canadian business selling goods in America crossings at Buffalo, the Thousand Islands and Champlain provide direct access to interstate highways for quick delivery all along the Eastern Seaboard.

The Peace Bridge has become part of a major criminal pipeline for black market Canadian-grown marijuana.

Once across the border, Kelly says the illicit cannabis could end up in “major metropolitan cities like D.C., Philadelphia, Newark, Boston, move its way down in to Virginia into the Carolinas and even down toward Florida.”

It’s a profitable commodity. Kelly says a pound of Canadian pot can command $3,500 to $6,000. Some of the seized marijuana loads here have been in the thousands of pounds.

Who’s behind this cannabis smuggling?

And US Attorney for the Western District of New York James P. Kennedy notes, “The marijuana that we’re talking about isn’t the marijuana of Cheech and Chong.”

No, says Kennedy, the Canadian marijuana being smuggled is high potency pot because at least some of the black market stuff is being grown at licensed Canadian farms.

Almost two-years ago, recreational marijuana was available in dispensaries all over Canada. To supply the stores, the federal government licensed growers.

Canadian law enforcement says that’s when “criminal elements” moved in, exploiting licensed growers and growing far more than they were permitted. A lack of federal oversight allowed this illegal practice to flourish.

But even with recent successes against the illegal trade, federal agencies are unclear how much of the Canadian Cannabis is still entering the US.

And while 12 states (and the District of Columbia) have legalized recreational marijuana and others including New York are considering it, Kennedy warns that the flow of black market marijuana from Canada should not be looked at as harmless.

“Some of the most violent cases we’ve had, a triple homicide in Rochester and other cases were marijuana dealers. It’s because they’re fighting for market share,” says Kennedy.

Kelly goes further says illicit Canadian pot is funding organized crimes other activities, “It’s fueling cocaine and other drugs doing north into Canada. It’s fueling violence along the borders. It’s fueling human trafficking, which is the most egregious of crimes.”