The alleged sexual contact took place at a summer camp in the Adirondacks over the last few years. 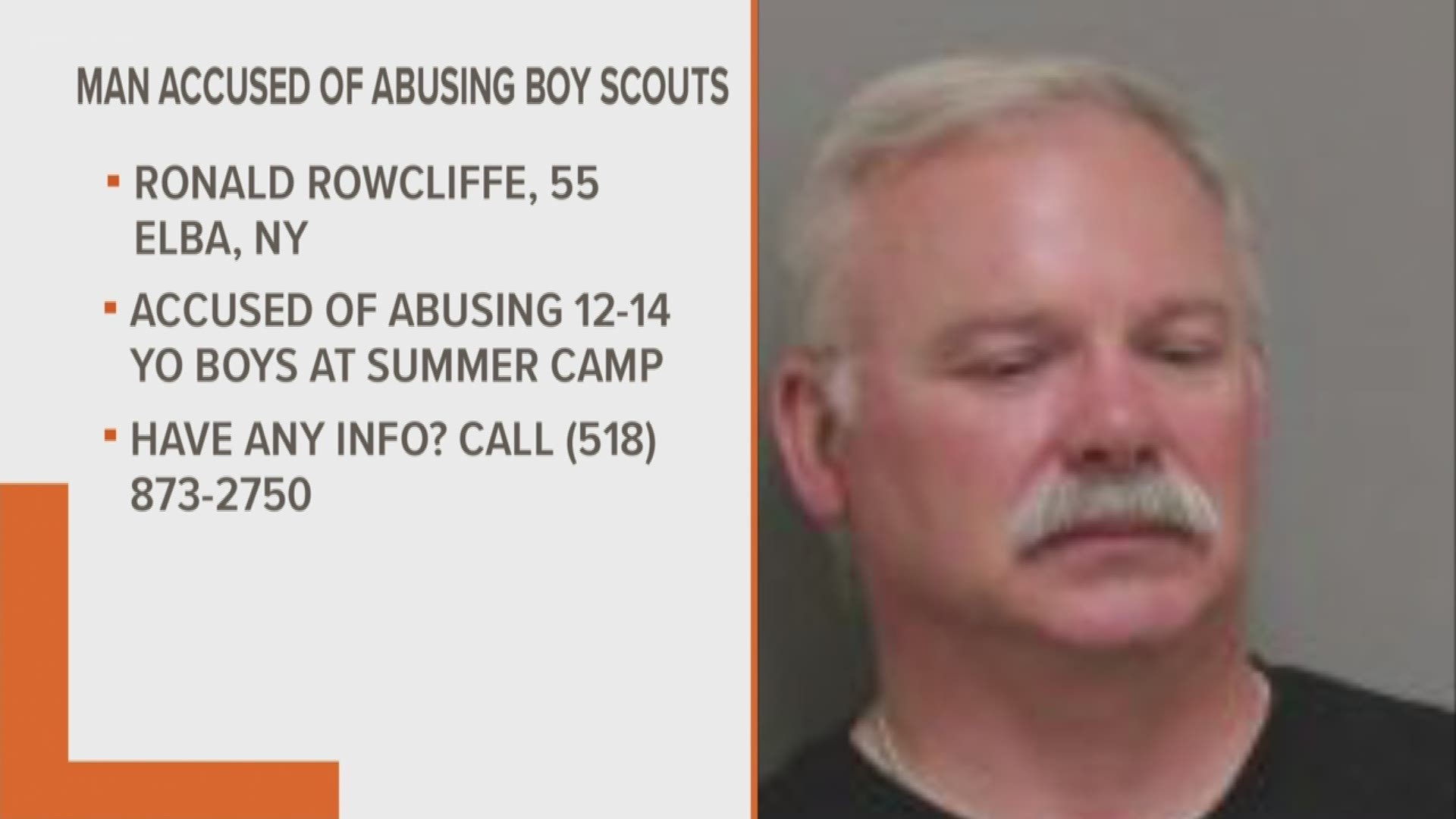 PIERCEFIELD, N.Y. — A Boy Scout leader from Western New York is accused of having sexual contact with scouts attending a camp in the Adirondacks.

State Police say Ronald Rowcliffe, 55, from Elba, molested the boys while at the Massawepie Boy Scout Camp between 2017 and this year.

Boy Scout leadership confirms he was a staff member at the camp when it allegedly happened, and that he's been fired.

Rowcliffe is charged with sexual abuse, forcible touching and child endangerment and was remanded to the St. Lawrence County Jail in lieu of $10,000 cash bail or $20,000 bond.

State Police also believe there may be more victims, and they want anyone with information on that to call them at (518) 873-2750.

Here is the statement released by Stephen Hoitt, CEO of the to Seneca Waterways Council of the Boy Scouts of America:

First and foremost, we put the safety and well-being of our Scouts, and all youth, as our top priority.

Early in our summer camp season Scouts reported allegations of inappropriate actions by one of our staff members.  We immediately terminated the camp staff employee in question, turned the issue over to investigators who we are fully cooperating with,  and took immediate action to prohibit the accused individual from any further participation in the Scouting program.

Summer camp staff must complete youth protection training and go through criminal background checks annually.   As part of the Boy Scouts of America’s Youth Protection Training, adults may not be one on one with any youth at any time, and Scouts learn that if something makes them feel uncomfortable they should come forward.    Specifically in this case it is thanks to Scouts who came forward that the issue could be dealt with immediately.

These allegations remind us how important it is to be always vigilant when it comes to the safety of our youth and the importance of talking with our children about the subject of youth protection. Keeping an open dialogue with our children—no matter what their age—is a vital part of keeping them safe.