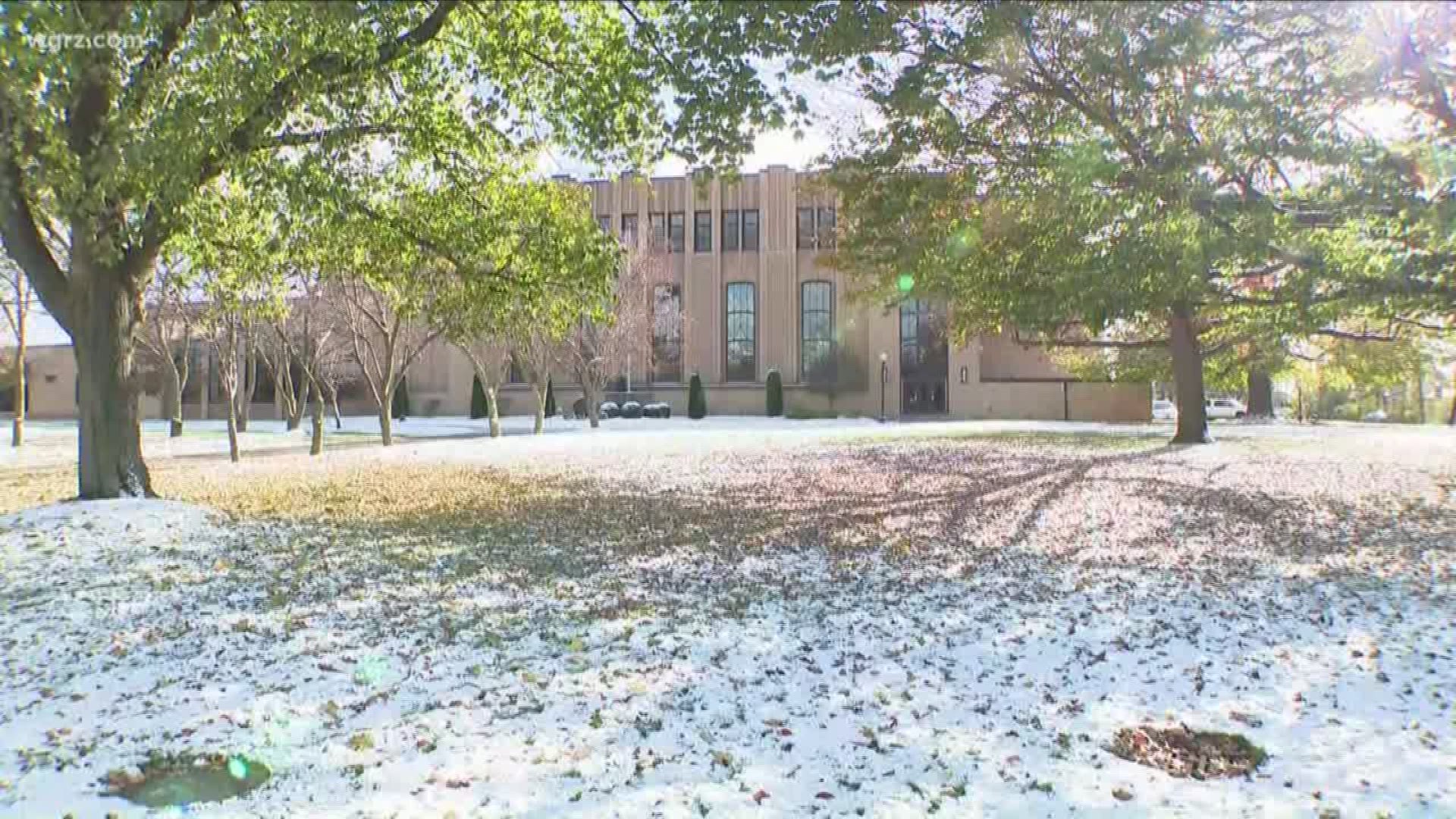 ALBION, N.Y. — "Because someone heard something and said something, we averted a crisis in the Albion schools," Albion Village Police Chief Roland D. Nenni III said during a Friday news conference, where he announced that three Albion Middle School students have been charged with conspiracy in connection to what was determined to be a credible threat against their school.

According to police, the threat included a plan to attack Albion Middle School with both guns and explosives.

Nenni said the seeds of the plot being discovered began Monday, when a staff member alerted school officials to something they had heard, and who then alerted police.

"Initially it was a it was a student-on-student threat, the type of which happens every day in probably every school district in America," Nenni said.

However, this set into motion an investigation by the school's threat assessment team, which was established, with the aid of the FBI, at the beginning of the school year and which revealed much more.

Nenni also revealed that a date had been set by the three to carry out the attack but declined to reveal when that was envisioned to occur.

"As part of the investigation, searches were conducted, and several legally possessed firearms, electronic evidence, and other supporting materials were seized," said Nenni, who also declined to disclose the specific items seized, where they were seized, or who possessed them.

He also would not disclose the names of the students, who he confirmed are all under the age of 16.

What is ahead for those charged

"The students are currently suspended pending the required superintendent's hearing, specified in law, to determine ongoing consequences for the students, said Albion School Superintendent Micheal Bonnewell, who said laws preclude him from commenting on the students' prior history.

The three also face criminal charges of conspiracy to commit a felony in the second degree.

"What makes it a second degree is the crime that they were conspiring to commit is an A-1 felony, which is murder in the second degree," Nenni said.

The three, because of their age, will likely have their cases adjudicated in Family Court, according to Orleans County District Attorney Joseph V. Cardone. 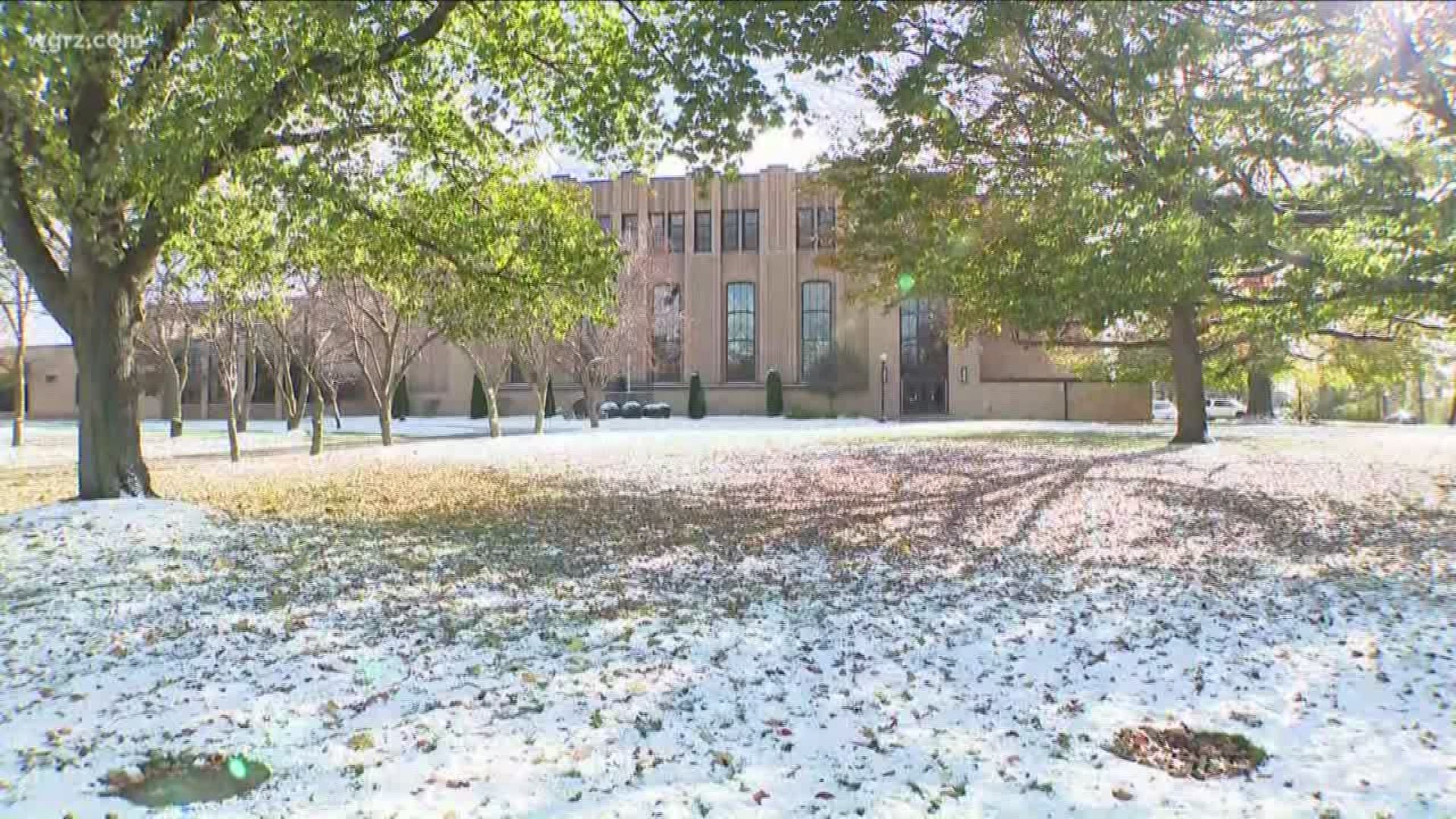 New York Gov. Andrew Cuomo was quick to issue a statement claiming that he will "do everything in my power as Governor to keep our children and our teachers safe," and that "any person posing a threat to our schools will face the harshest possible penalty under the law."

However, while the charges against them could potentially lead to incarceration for the three, Cuomo's own criminal justice reforms, which he pushed the state legislature to pass, could also keep the trio out of jail.

"Ultimately that's going to be a determination for our Family Court judge but he certainly has the full spectrum of different alternatives available to him," Cardone said.

Nenni confirmed that the three juveniles charged are not currently in custody, but stressed that the threat to the school was mitigated and that students and staff are safe.

Meanwhile, because the students were using a game app and forms of social media to communicate their alleged plot, Nenni also said the incident serves as an important reminder for parents to monitor the online activities of their children.