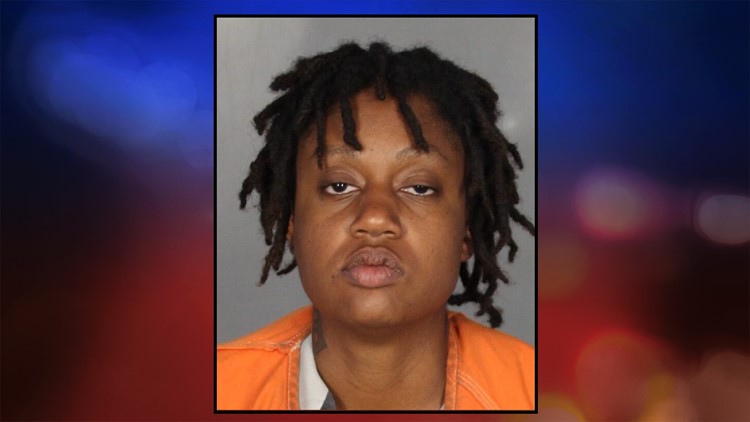 BRUCEVILLE-EDDY, Texas -- The granddaughter of the elderly woman stabbed Monday on a Greyhound bus passing through Eddy said her family has forgiven the lady accused of pulling the knife.

BRUCEVILLE-EDDY, Texas -- The granddaughter of the elderly woman stabbed Monday on a Greyhound bus passing through Eddy said her family has forgiven the lady accused of pulling the knife.

Irene Murillo, 80, was heading to Memphis on the bus when Reshunda Denise Pickens, 32, returned from the bathroom, walked up the aisle, sat down next to Murillo in the front row, lifted up her shirt and stabbed her, according to police and the family.

Police said Murillo was stabbed once in the left abdomen before being stabbed three more times in the back. A male passenger helped push Pickens off Murillo and held her until police officers arrived, according to Murillo's family.

Investigators said Pickens had tried to ask Murillo some questions, which Murillo could not answer because she does not speak English. Bruceville-Eddy Police Chief Bill McLean said Pickens grew frustrated when Murillo, who speaks Spanish, did not answer the questions. At that point, police said Pickens stabbed Murillo. While the family believes that was part of what happened, they said they do not believe that was the main reason for the stabbing.

Murillo's granddaughter, who shares her name, claimed police initially informed the family that Pickens told officers she had life issues and "planned to kill someone that day." Bruceville-Eddy Police said they could not confirm that detail yet but said more information would be released soon.

“I was very upset yesterday," Murillo's granddaughter said. "If she wanted to hurt someone, she needed to go ahead and hurt somebody else – not my grandma. But, after talking to my grandma, we decided to forgive her.”

The granddaughter said she drove nine hours to pick up Murillo, who was originally transported to Hillcrest Hospital in Waco. She was then taken home to Memphis, where she is with her family in stable condition. The family said Murillo was in a substantial amount of pain, but she is recovering well.

“She said she holds no hate against [Pickens] and told us 'God forgive her because she didn’t know what she was doing,'" Murillo's granddaughter said.

The family said Murillo typically travels by bus because she is afraid of airplanes, adding she is now scared of buses, too, because of the stabbing.

The family was upset that Pickens bond was set at only $10,000 and that she was charged with aggravated assault -- rather than attempted murder. Murillo's granddaughter said they planned to hire an attorney.

Pickens was still being held in the McLennan County Jail, as of late Thursday morning.