Buffalo Police say Tysheim Evans, 27, has been arrested in connection to the shooting. 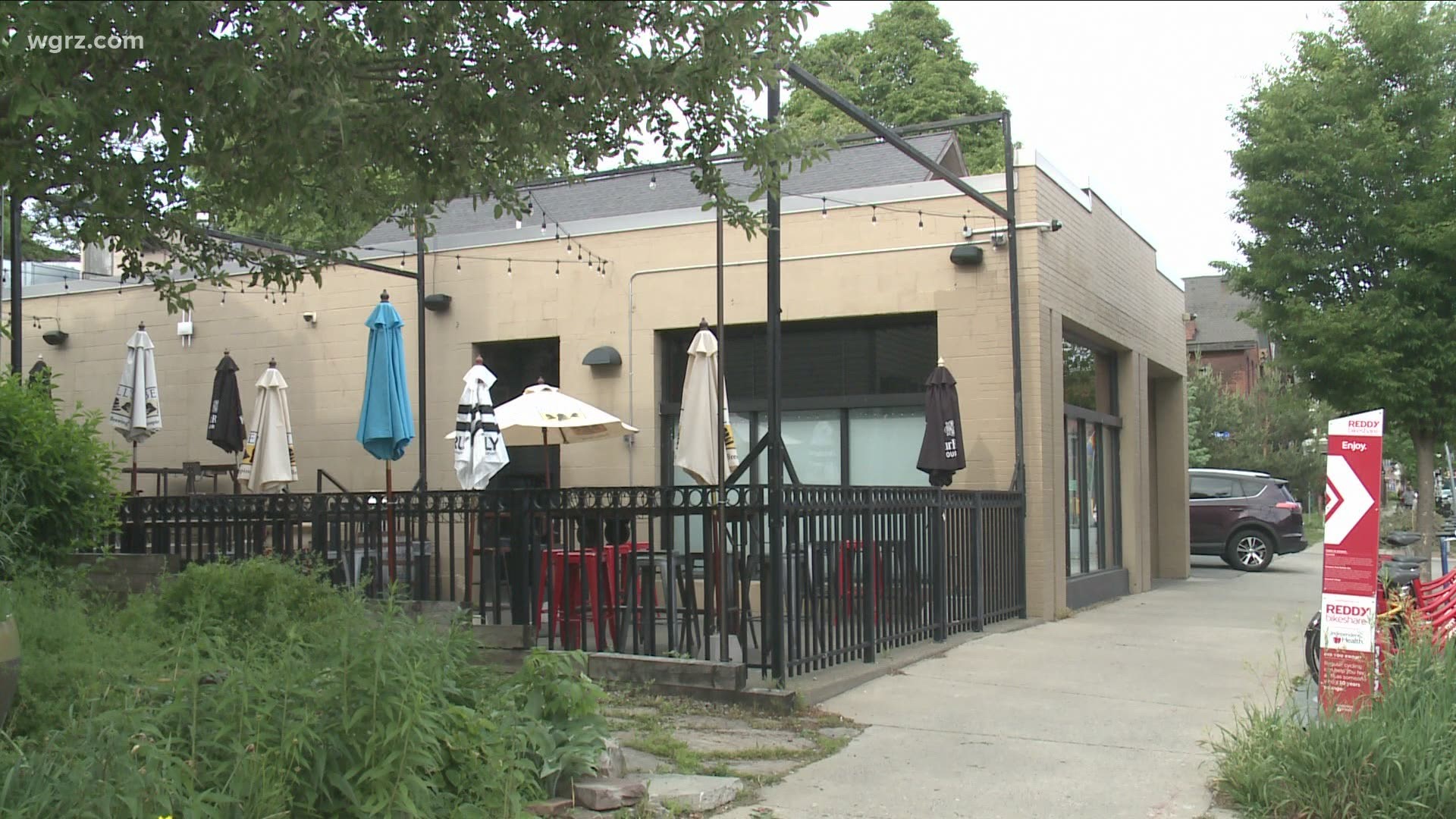 BUFFALO, N.Y. — A 27-year-old Buffalo man is facing charges after two people were shot outside Allen Burger Venture over the weekend.

According to Buffalo Police Captain Jeff Rinaldo, two employees at Allen Burger Venture got into a verbal altercation in the kitchen Sunday afternoon, which led to a fist fight. The fight then spilled out into the back alley behind the restaurant.

Rinaldo says during the incident Tysheim Evans allegedly went into the restaurant's employee locker room area, retrieved a handgun, and fired a round at the ground.

"That round did splinter into two pieces, striking another employee in the leg - that person was not involved in the original altercation - as well as a second person who was not an employee of the restaurant," Rinaldo said.

The men, listed as 33 and 41 years old, were taken to Erie County Medical Center to be treated. One was struck in the leg, while the other was hit in the upper arm from fragments of the bullet. Both are said to have sustained injuries that were considered non-life-threatening.

BPD announce the arrest of the suspect from the ABV shooting yesterday. Tysheim Evans, 27 years old from Buffalo is charged with Felony criminal possession of a weapon and felony reckless endangerment.

"It's a typical case of workplace violence, it starts off as a verbal altercation and escalates into a fist fight and as we've seen too often somebody resorts to pulling a handgun out and this is the result, thankfully no one was killed," Rinaldo said.

Rinaldo says Evans left the scene after the incident, but surrendered himself Monday morning to the custody of the Buffalo Police Department's Gun Violence Unit. Evans has been charged with felony criminal possession of a weapon and felony reckless endangerment.

Erie County District Attorney John Flynn told 2 On Your Side Evans was out on bail for a gun charge from last summer.

2 On Your Side reached out to Allen Burger Venture for comment but did not hear back.

You can watch the entire press conference with Buffalo Police Captain Jeff Rinaldo below: