The inmate is facing disciplinary measures for the incident. 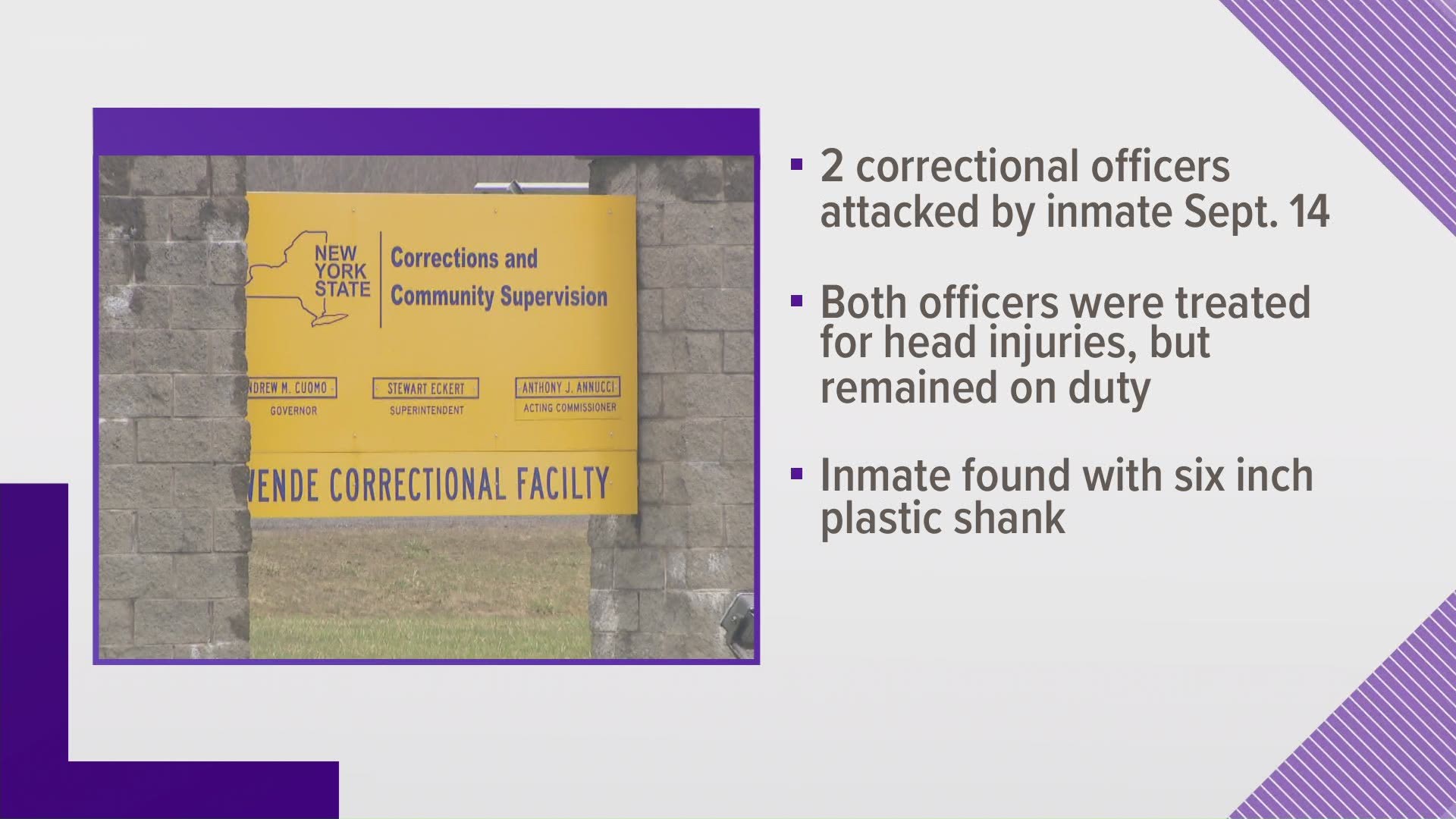 ALDEN, N.Y. — Two officers were attacked last week by an inmate at the Wende Correctional Facility during a routine pat frisk for contraband.

According to the New York State Correctional Officers and Police Benevolent Association (NYSCOPBA) an officer was conducting a frisk of a 20-year-old inmate on September 14 around 5 p.m., when the inmate allegedly spun around and hit the officer several times in the head and face.

During the incident, the officer grabbed the inmate in a body hold with the assistance of another officer. OC spray was administered twice, but didn't have any effect, according to the NYSCOPBA.

The inmate then allegedly broke away from the officers and proceeded to run towards the cell block entry gate where he was met by another officer. The inmate is said to have hit the officer in the head and face as he ran through the gate into the cell block corridor.

More OC spray was administered by staff, but was again said to have no effect. However, the NYSCOPBA  says additional staff was able to grab the inmate and got him under control and into handcuffs.

The inmate was removed from the cell block, and a search of the inmate's cell recovered a 6 inch plastic shank that was said to be sharpened on one end, according to the NYSCOPBA.

The two officers who were assaulted were treated for bruising and abrasions and remained on duty. One of the responding staff also sustained minor injuries while attempting to subdue the inmate - they also remain on duty.

“Just last month, we had an officer stabbed with a make-shift weapon while conducting a pat frisk," said Mark Deburgomaster, Western Region Vice President in a statement. "Thankfully in this latest attack, the inmate did not have the plastic shank on him during the assault or we could have had a similar result. This attack again was committed by an inmate serving a lengthy sentence. Without any significant discipline to be handed out to inmates who attack staff, this sadly will continue."

The inmate is currently serving a 20 year sentence after being convicted for attempted murder in the second degree in Monroe County back in 2017. The inmate is facing disciplinary measures for the incident.