The men were taken by ambulance to ECMC. The shooting happened around 2:45 p.m. on the 300 block of Cambridge Avenue. 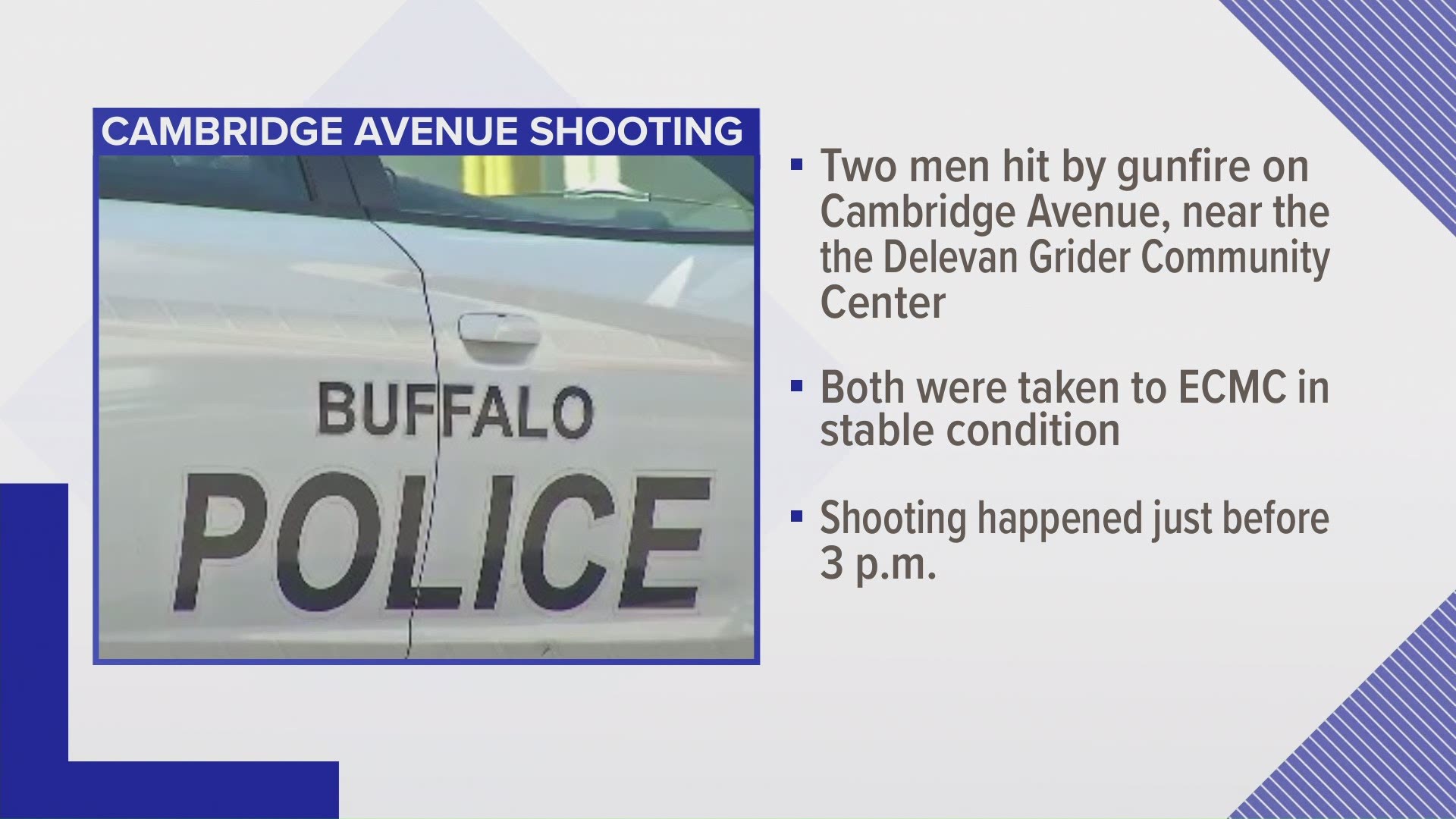 BUFFALO, N.Y. — Two men are listed in stable condition after they were shot Saturday afternoon near the Delavan Grider Community Center.

The shooting happened around 2:45 p.m. on the 300 block of Cambridge Avenue, just east of the Delavan Grider Community Center, according to the Buffalo Police Department.

Both men were taken by ambulance to Erie County Medical Center, where they were treated for their injuries.

Anyone with information on this shooting is asked to call or text the Confidential TIPCALL Line at (716) 847-2255.