Officials say that a domestic incident was happening before the fire was started and that someone threw a Molotov cocktail into the home. 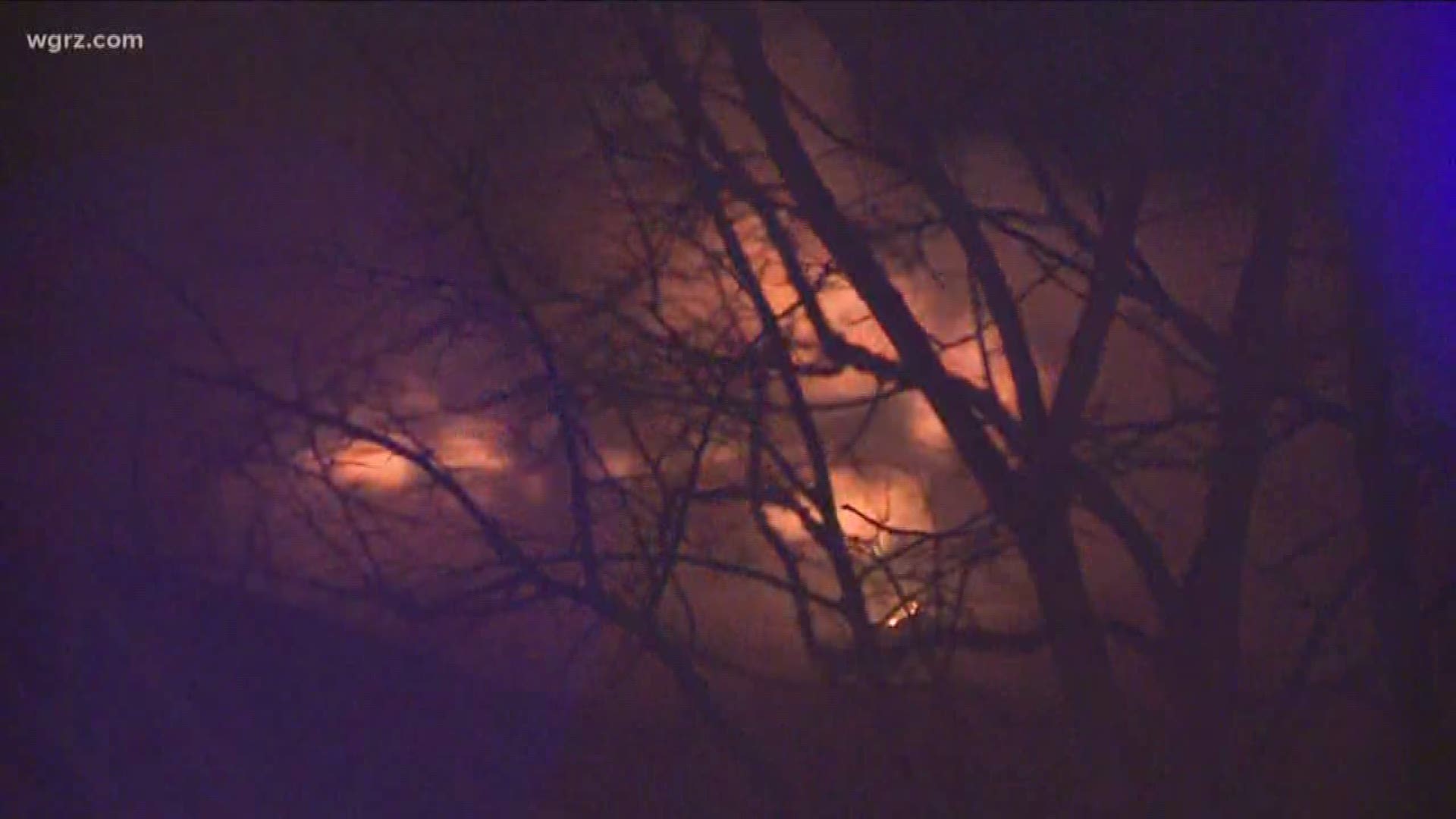 Officials say that a domestic incident was happening before the fire was started and that someone threw a Molotov cocktail into the home.

"A Molotov cocktail is an incendiary device basically gas in a bottle with some other liquids possibly. Reports are that it was thrown through a first floor window," Buffalo Fire Commissioner William Renaldo said.

"Once the Molotov cocktail was thrown through the window the fire began to spread," he continued. "People spilled out into the streets and there was a dispute between the people who threw the incendiary device and the occupants. So there was several minutes of a delayed response."

"Our volunteers went to the scene, met with the family and determined what their immediate needs are," Red Cross regional communications officer Jay Bonafede said on Wednesday.

Three people were taken to Oishei Children's Hospital to be checked out, and a Buffalo Police officer was taken to Erie County Medical Center with smoke inhalation.

RELATED: Fire rips through West Side house in Buffalo