The investigation and seizure was called "Operation Rolling Thunder." Hochul announced the initial arrests back in May. 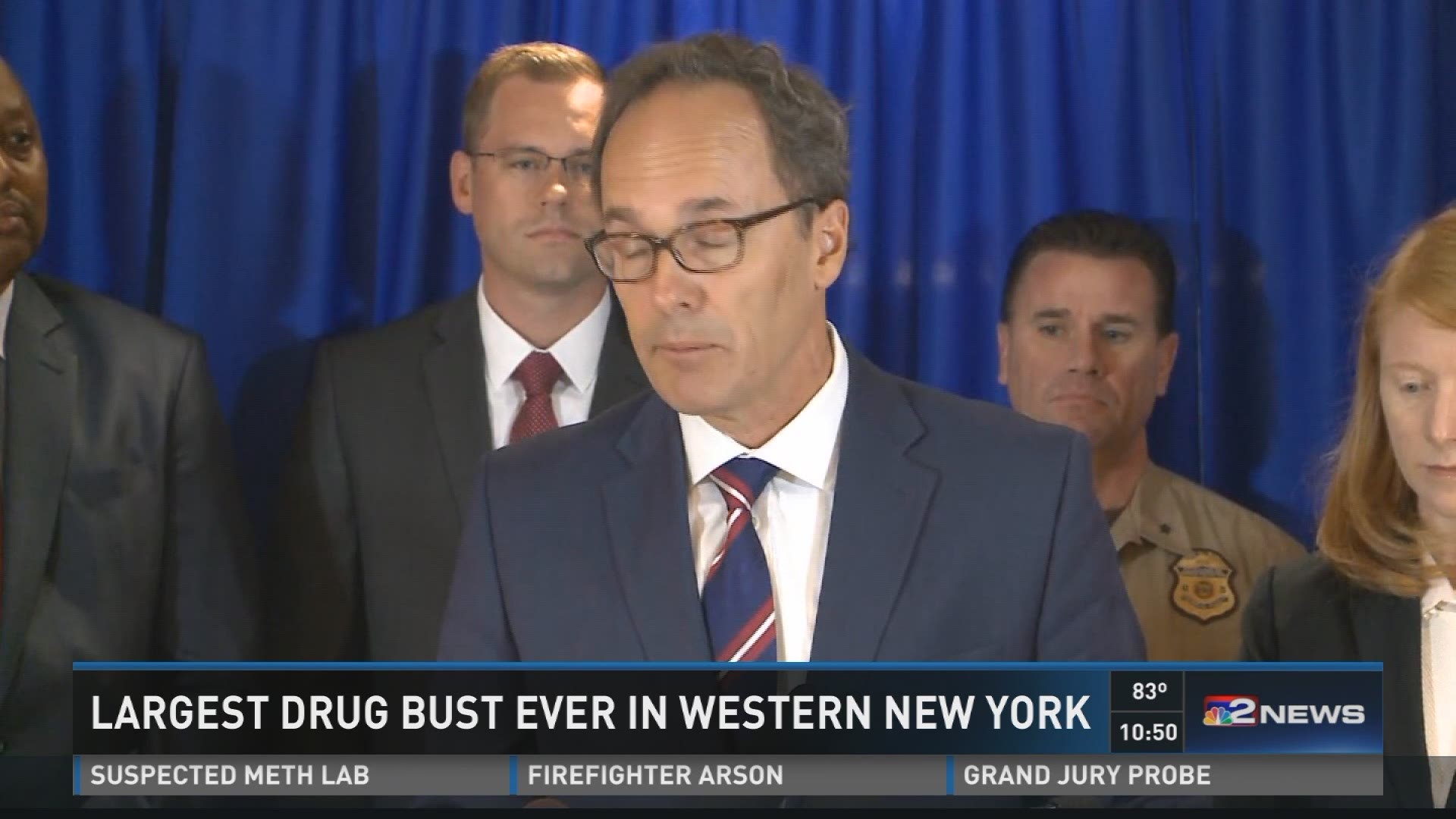 BUFFALO, N.Y. -- Attorney General William Hochul, along with colleagues from the D.E.A., Homeland Security, and state and local police, announced 17 people have been indicted in connection with Western New York's largest narcotics seizure ever.

The investigation and seizure was called "Operation Rolling Thunder." Hochul announced the initial arrests back in May.

“As set forth in the indictment and in Court, this organization represents the largest drug trafficking organization ever dismantled in this District, responsible for distributing tons of heroin, cocaine, fentanyl and marijuana on the streets of Buffalo, Lockport and Niagara Falls,” said U.S. Attorney Hochul in a released statement. “The organization utilized front companies, deliverymen, and wholesalers to import and distribute the drugs in this area, and bookkeepers and money launderers to conceal the tens of millions of dollars sent from Buffalo back to the suppliers. Some intended user of these illegal drugs will potentially be alive tomorrow, thanks to the work done by law enforcement today.”

The 17 people arrested range from cartel drug distributors in California and Mexico to local street-level dealers in Buffalo, Lockport, and Niagara Falls.

Investigators say included in the indictments are those people who laundered money in connection with moving the drugs.

Further investigation revealed that money was being funneled through Western New York Banks back to California.

Hochul said the 163 pounds of cocaine, heroin, and fentanyl seized was valued at over $1 million.