Couple chronicling George H.W., Barbara Bush's love story has one of their own

Warren and Mary Finch fell in love as they preserved the love story of Mr. and Mrs. Bush. 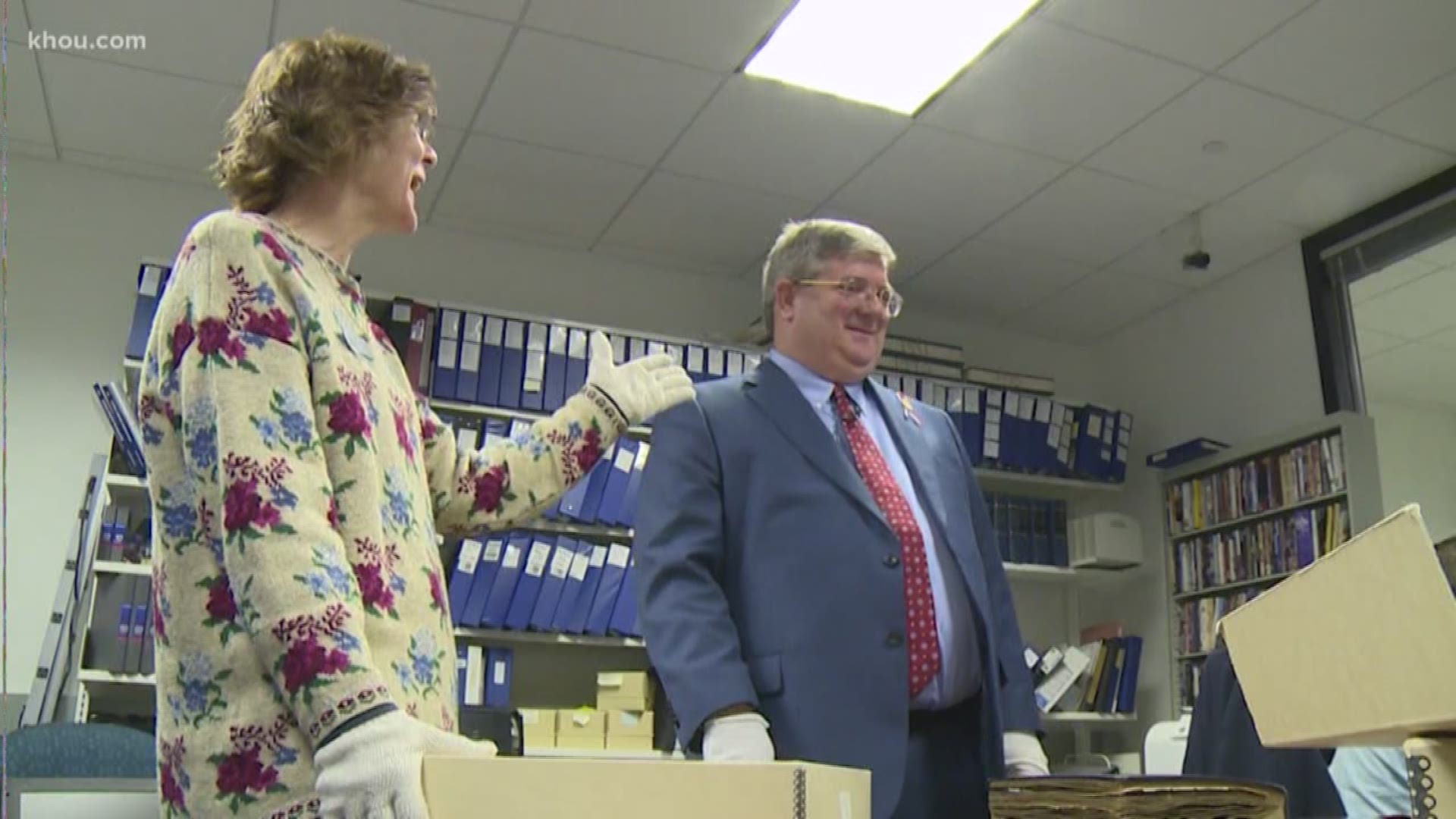 COLLEGE STATION, Texas - President George H.W. Bush’s unwavering devotion and true love for his wife, Barbara, is something for which the late president will be remembered.

A couple in charge of chronicling that love story knows a thing or two about love themselves.

Behind every photo is a story, and sometimes, if you’re lucky, you have help turning the page.

“We’ve both been here since 1993,” said Warren Finch, director of the George H.W. Bush Presidential Library. “We came with the records.”

Warren and Mary Finch fell in love as they preserved the love story of Mr. and Mrs. Bush.

Like the Bushes, they love baseball and their children. But unlike George H.W. Bush, Warren Finch keeps his feelings close to his vest.

“Neither one of us is George or Barbara Bush. And we’re not enforcers. George and Barbara Bush are unique,” Warren Finch said.

The Bushes kept scrapbooks. The former First Lady created dozens of them.

“What’s unique about this scrapbook is he (President Bush) put it together,” Warren Finch said.

It includes pictures from prep school, his first-class nameplate from when he was stationed in Corpus Christi and the first letter written by Barbara Pierce.

“In her later years, she would go by this in the museum and say, ‘Who says swell?’” Warren Finch said.

“But not only that. Down here, she talks about how he knees are knocking together. It’s classic. It’s wonderful, wonderful. Very sweet,” Mary Finch said.

President Bush would go on to sweep her off her feet, tying the knot in 1945.

“Soulmates,” Mary Finch said. “Well, I’m not sure that’s a term they would use in the 1940s, but that’s exactly what we would say these days.”

They shared and savored seven decades together, reminding us all of the power of love.

“I think one thing we share with the Bushes that I would say is very much like our relationship is the mutual respect that we have for each other and the liking. We like each other,” Mary Finch said.

While tattered and fragile the pages may be, a good story will always stand the test of time.

Reproductions of those scrapbooks are on display at the museum. Visitors can see the loves notes for themselves when the library reopens to the public Friday morning.