Based on disclosures from state agencies, efforts are underway to shed some $207 million in machinery. 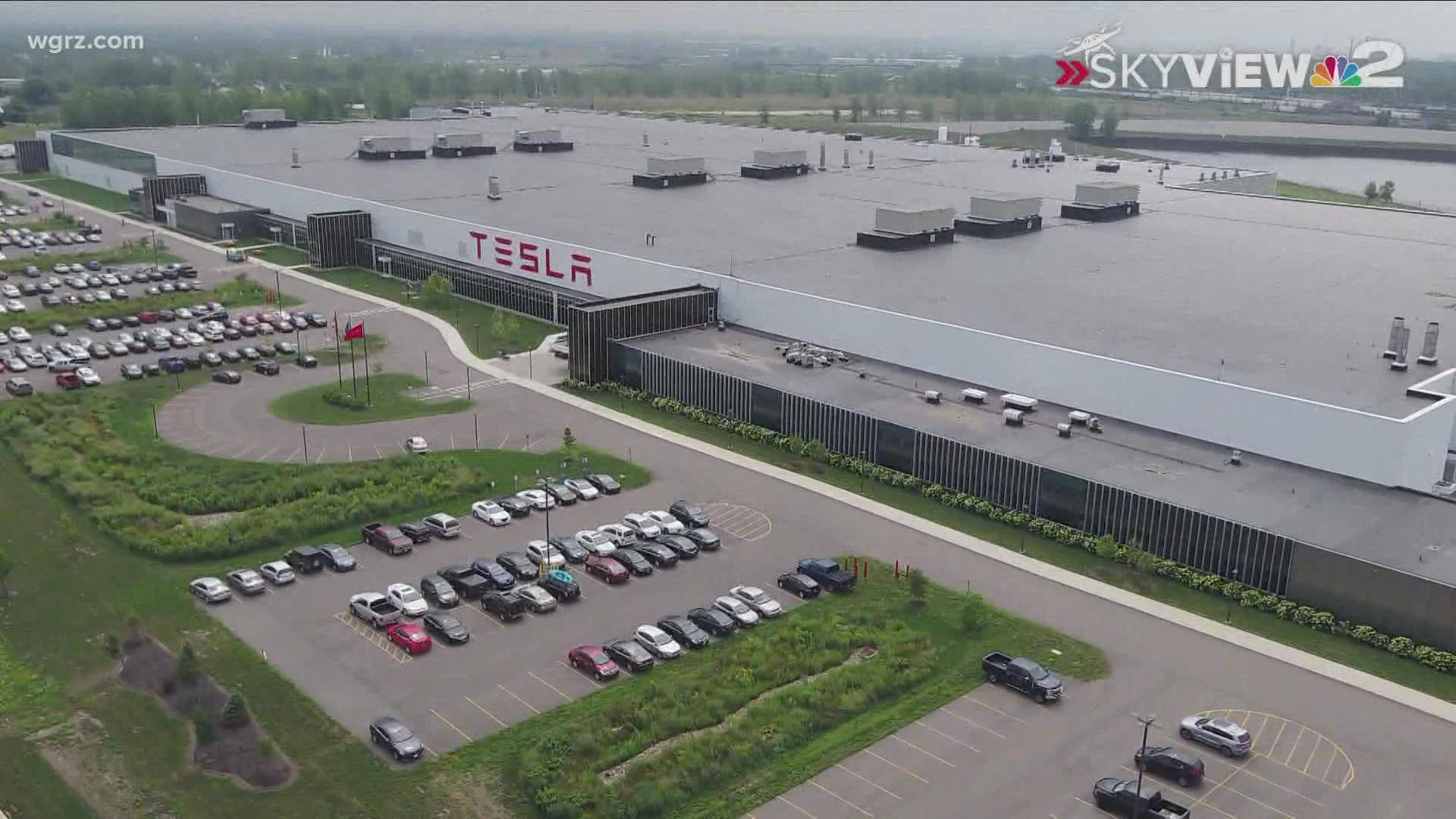 CORFU, N.Y. — It can be tricky locating Ed Arnold Scrap Processing. It’s a mile down Angling Road near the village of Corfu.

The remote salvage yard is part of the latest chapter in the saga of Tesla’s Gigafactory 2 in South Buffalo. Tens of millions of dollars of equipment from the factory, purchased by state government, has wound up in the scrap yard.

The state agency NY CREATES described the process as recycling. More specifically, machinery delivered to the Corfu business is disassembled, with metal parts sometimes shredded. The equipment delivered to the yard is part of $207 million.

How did government-purchased manufacturing equipment land in a scrap yard?

The short answer is Tesla no longer wants the machinery and wanted it out of the factory.

The Gigafactory is a unique and expensive public-private partnership. It cost state government nearly $1 billion to build and equip the factory for Tesla. There are job targets the company must hit, but the rental agreement for the factory and equipment is just a dollar a year.

2 On Your Side has previously reported the cost of the state-purchased equipment at the mammoth factory is just short of $3 million.

The original idea, championed by then-Governor Andrew Cuomo, was for the plant to become the largest solar panel factory in the Western Hemisphere. Panasonic, a company with a longer manufacturing history, was brought in as a partner.

Tesla co-founder and leader, Elon Musk had other plans. In October 2016, Musk announced his latest innovation, a solar roofing tile product. It looks like standard roofing shingles, but is actually a series of miniature solar panels.

And Musk wanted the roofing product made in the Buffalo factory. That cause a space crunch.

The Buffalo Gigafactory has 1.2 million square feet inside. But adding a production line for the roofing tiles became difficult. Crates of unopened equipment were stacked up and moved to make way. Finally, in December 2019, Tesla sent a letter to its then state government landlord, SUNY Poly, that it intended to move some of the unused equipment.

2 On Your Side reported in early 2020 that  state purchased machinery was moved to the Wheatfield Business Park. It has largely sat there for the last 18 months, until recently.

Jason Conwall, vice president at NY CREATES, tells 2 On Your Side, “We are currently in the process of remarketing the tools and equipment in an effort to sell them for the highest possible price.”

Conwall says the state has already taken in $39 million selling off some of the equipment but did not disclose the original purchase price for the machinery saying to do so would jeopardize ongoing negotiations in other potential sales.

Also, sources report for the last few weeks, large trucks have been hauling away created equipment from both the Wheatfield warehouse and the Tesla factory, headed for the scrap yard.

It is also worth noting there have only been two options mentioned for the state when it comes to shedding all this equipment, either re-sale or recycle.

***REPORTER NOTE: Our original story has been edited. 2 On-Your-Side was consistently getting a different dollar figure for the equipment the state is trying to unload (and Tesla no longer wants) than what NY CREATES was reporting to us. We had calculated the number at least $177M. NY CREATES shared documentation showing a higher dollar amount, $207M in unwanted equipment. We believe the agency is correct and we have adjusted this story to reflect that. 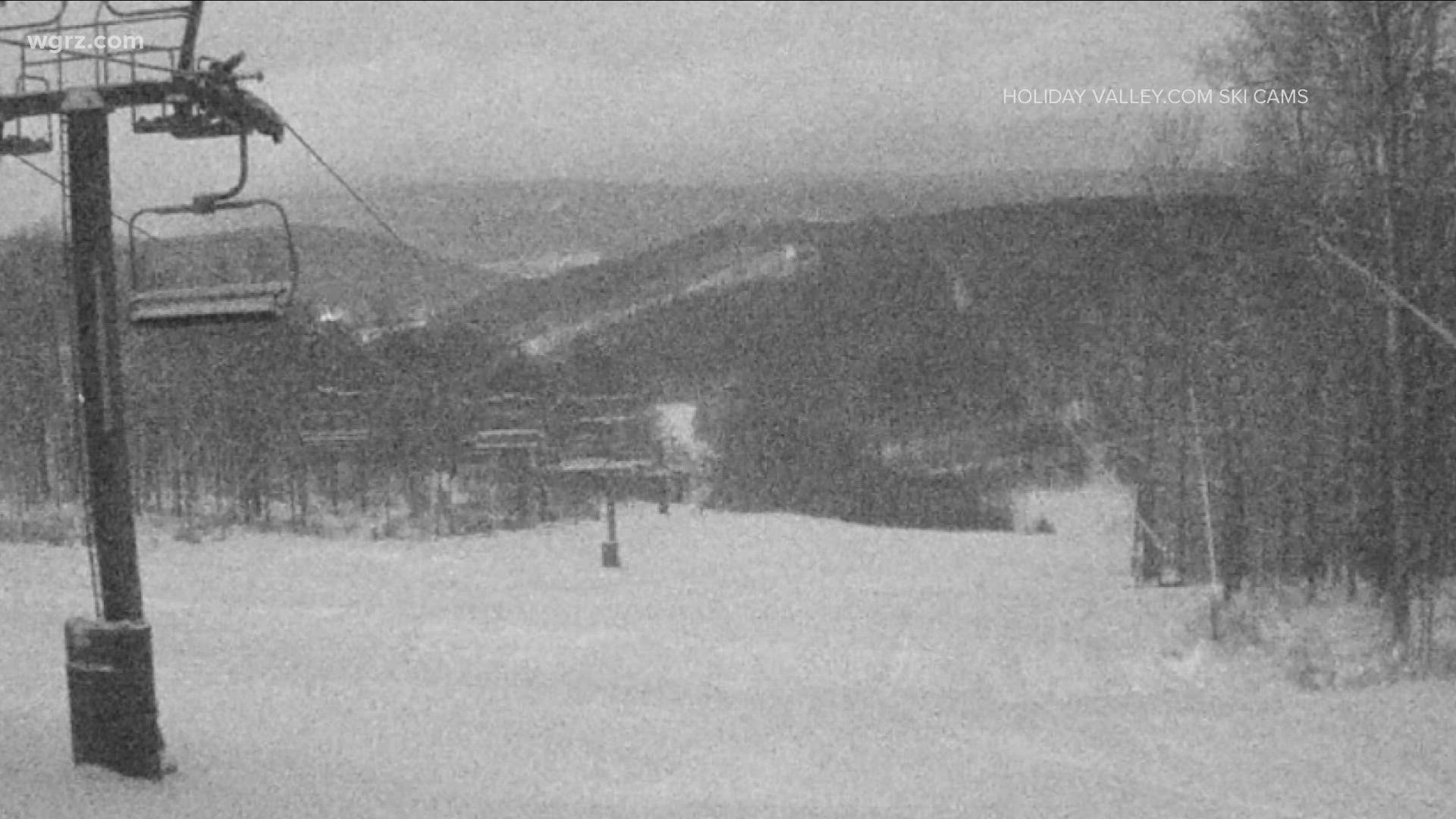