BUFFALO, N.Y. — 2 On Your Side is once again holding people in power accountable about the feds suspending NEXUS and Global Entry applications for everyone in New York because of the Green Light Law.

The New York State Attorney General, Letitia James, is now suing the Trump Administration, and now there's a push for change on the federal level.

Congressman Brian Higgins has gotten several calls from people who were going through the application or renewal process for Trusted Traveler Programs before the Department of Homeland Security suspended applications for everyone in New York.

He says he spoke with a Canadian official Friday to talk about mutual strategies to deal with both the short and long-term fallout at the border. Higgins also met with the Chair of the House Homeland Security Committee.

"We're talking about legislation to add an additional approval before these things can occur, because if you allow this precedent to go unchallenged, what's stopping the president from, at one point, could shut down the northern border as he threatened to close the southern border. This is not a dictatorship, this is a democracy," Higgins said.

Governor Andrew Cuomo addressed the issue at a news conference.

"It's an abuse of power. It is extortion. It is hurting New Yorkers to advance their political agenda, and we're going to fight back," Cuomo said.

The New York State attorney general on Friday announced she is filing a lawsuit against the DHS. 2 On Your Side’s Dave McKinley had tough questions for her, bringing up that while other states have green light laws allowing undocumented immigrants to get drivers licenses, with some limiting sharing DMV data with the federal government, New York's law is the strictest. 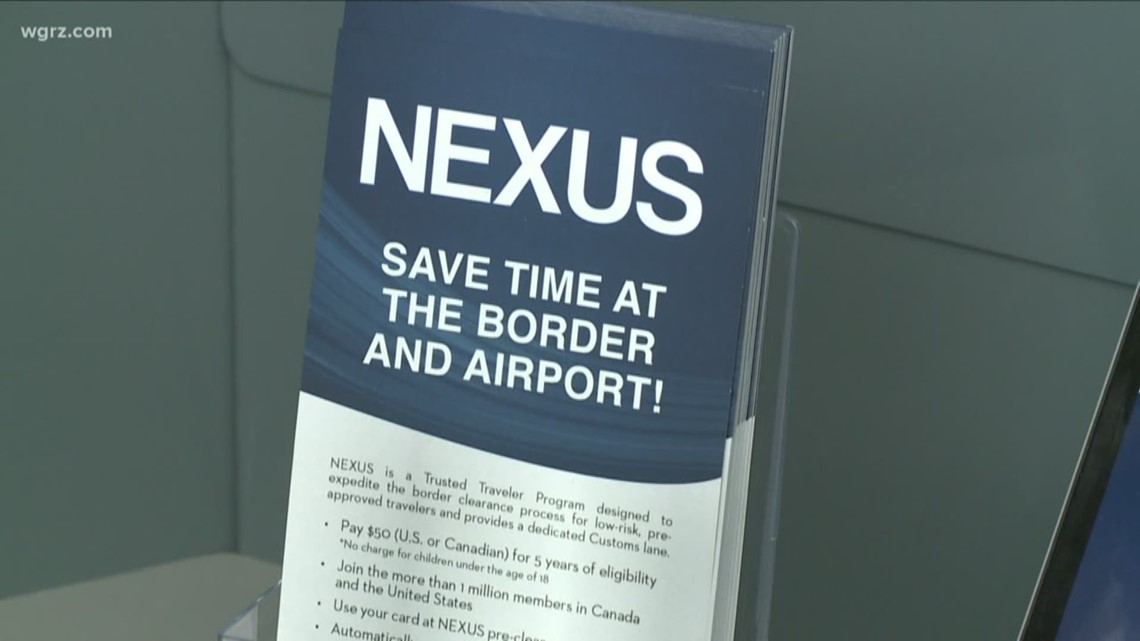 "Isn't it more of a consequence of the state's actions to pass something like this than it is punitive?" McKinley asked.

"I don't see what additional information that one would require. Passport, fingerprints, vetting, an interview all of that is required when one seeks to get these travel friendly programs, the Global Entry program," Attorney General Letitia James said.

Higgins says he heard from a mom of a 7-year-old girl whose application can't be processed now. Her daughter clearly doesn't have a driver’s license, so he says that's not fair.

Higgins also told 2 On Your Side that he is confident this lawsuit be will successful in reversing the decision.

"The DOH's ban on the Trusted Traveler Program, just like the SALT cap, is a hyper-politicized act of retaliation against New Yorkers, period," Ryan said in a statement. "It does not address national security because we all know that anyone who qualifies for TTP gets screened extensively and approved by the feds."

Ryan also called out Congressman Tom Reed, who the Acting Deputy Secretary of Homeland Security said was directly responsible for this situation.